Yas Rana picks out five players who could be looking over their shoulders after England’s first-Test thumping.

After a humiliating 381-run defeat in Barbados, having been bowled out for 77 in the first innings and perhaps even more embarrassingly, succumbing to Roston Chase’s ‘off-spin’ in the second, changes are bound to be made for the second Test of the series.

Though it was primarily England’s batters that failed the team – with Foakes at eight, Curran at nine and Rashid at ten, it was arguably the longest batting line-up England have ever had – the non-selection of Stuart Broad was the main bone of contention. But blessed as they are with a multitude of all-rounders (and wicketkeepers), England almost have too many decisions to make – you could pick basically any combination from their original squad of 14 and end with a viable Test team.

Here are five of those most in danger as England attempt to atone for their dreadful outing in the first Test:

England’s shortcomings with the bat in the first Test had nothing to do with not picking Broad. But there is an argument to made that the Test could have gone differently had Broad been selected to open the bowling ahead of Curran. In the game’s first innings, West Indies made 289. James Anderson and Ben Stokes had combined figures of 9-105, while the rest of the attack had collective figures of 1-179 and conceded nearly four runs an over. 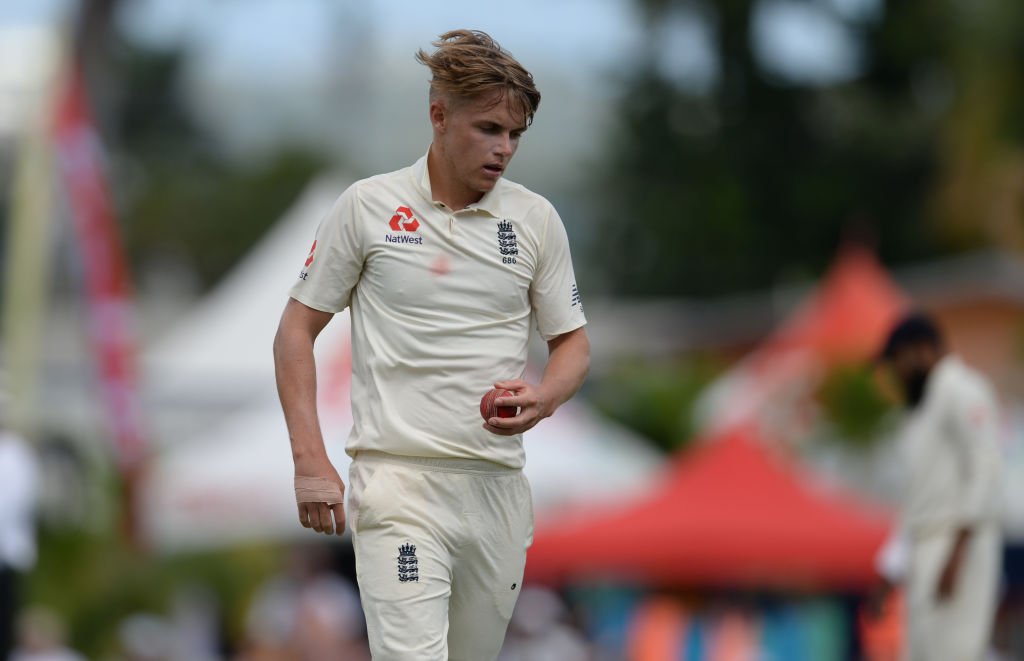 Broad, who took a hat-trick in the warm-ups, would likely have stemmed the flow of runs and eased the workload required from Anderson and Stokes. Curran was expensive and unthreatening in Barbados, and when playing five bowlers, England need a more reliable opening partner to Anderson. When Curran was injured for the final Test in Sri Lanka, he was replaced by a batsman in Jonny Bairstow, showing where his real value has come from since his introduction to the England Test team, in his valuable lower order contributions. Ultimately, England need to pick an opening bowler for their ability with the ball, not the bat.

Adil Rashid was somewhat of a luxury pick when he was surprisingly recalled for the India series last summer. As a spin option in seamer-friendly conditions, and after Moeen’s recall in Southampton a sixth bowling option, Rashid was seen as adding an extra dimension to an otherwise predictable attack that could be used when the pitch was offering the other bowlers little to work with. His key dismissal of KL Rahul at The Oval, getting a leg-break to turn considerably out of the rough, was vindication of his selection.

At Barbados, Rashid was poor. In the second innings, when Shane Dowrich and Jason Holder batted almost the entirety of day three, Joe Root trusted him with just nine overs that cost the team 61 runs. If Root is unwilling to bowl Rashid when batting was as easy as Dowrich and Holder made it look, then there is little worth having Rashid in the side.

Should he back in the England XI for the second Test?#WIvENG | #WIvsENGhttps://t.co/vUyd2eLB86

There’s also the matter of the man he’s squeezing out, Jack Leach, who is arguably England’s best spinner. He was superb in Sri Lanka, taking 18 wickets at 21.38 and only Ravindra Jadeja has a better economy rate among spinners who’ve taken more than 20 Test wickets since the start of 2016. If England stick with playing five bowlers, one of them needs to be able to hold up an end for long spells, and Leach is far better at doing that then Rashid.

In five Test matches in Asia, Keaton Jennings has proven that he is an excellent player of spin bowling. A debut hundred against a strong Indian attack and a century in the first Test of the Sri Lanka series showed his aptitude against slow bowling.

However, in 11 Tests outside Asia, Jennings is still yet to pass 50 and averages a paltry 17.50. Few players have been afforded this many chances at the top of the order. For all his success in the sub-continent, the suspicion remains that he struggles against high-class pace bowling, and that his technique – where he drives the ball with his head leaning back and the bat away from the body – isn’t quite tight enough for the highest level just yet.

Keaton Jennings' average against pace (16.90) is the lowest of any opener to have played more than 15 Tests, for games in which ball-by-ball data is available. #WIvEng | #WIvsENG

Jennings’ likely replacement Joe Denly might not be a long-term opening option – he didn’t even open for Kent last year, though he has done in the past – but he could be a decent stop-gap. After the Test, England’s coach Trevor Bayliss said: “Keaton is struggling a little bit. I’d be lying if I said he hadn’t been thinking about it.” Although Jennings’ character is clearly admired by the England set-up, it might be better for both the player and the team if he’s taken out of the firing line.

Dropping Foakes seems unreasonable, given he was Player of the Series in Sri Lanka England’s last Test series before the Caribbean tour. But his superb outing there has undeniably skewed the balance of the side.

Foakes’ outstanding wicketkeeping arguably diminishes his perceived batting ability. Foakes is one of just four players in the England squad to average more than 40 in first class cricket, yet he batted at number eight in Barbados. Normally, the number eight position would be filled by a bowling option and considering England looked light on bowling resources in the first Test, dropping Foakes, however harsh it may seem, may be how they choose to redress the balance of the side.

Moeen Ali is a fantastic cricketer and when on-song, one of England’s most devastating match-winners. However, when it’s not going well for Moeen, it really doesn’t go well for Moeen.

He averages just 16.75 with the bat since the start of 2018 and in the first Test went at 4.28 runs an over. If England want to go into the next Test with one spinner, on current form, Joe Root cannot rely on him to hold down an end. With Jack Leach’s frugality and wicket-taken nous, he is England’s most rounded option in the spin-bowling attack.

Dropping Moeen would allow Foakes to move up to number seven and if Chris Woakes is recalled too, then England’s batting line-up would not lose too much depth. More importantly, it would allow England to pick their best four seam bowlers (Anderson, Broad, Woakes and Stokes) and their best spinner while also fixing the current problem with the balance of their side.