Shannon Gabriel has come under scrutiny after stump mics caught an interaction between the paceman and England captain Joe Root on the third day of the St Lucia Test.

The exchange, which took place in the 44th over of England’s second innings, ended with Root saying, “there’s nothing wrong with being gay,” the implication being that Gabriel had said something inappropriate.

Although the stump mics didn’t catch Gabriel’s comments, the umpires did speak to him at the time, and according to the Daily Telegraph, the match referee Jeff Crowe was satisfied that the umpires had dealt with the matter immediately, and no further action will be taken.

“When things aren’t quite happening for you, you think you’re battling a little bit,” says the England skipper ?https://t.co/FROPOwYdu2

Root himself was reluctant to take it further. “Sometimes people say things on the field that they might regret, but they should stay on the field,” he said.

“It’s Test cricket and he’s an emotional guy trying to do everything he can to win a Test match. He’s a good guy who plays hard cricket, and is proud to be in the position he is. The battle was a good contest, he’s had a wonderful series and he should be proud. 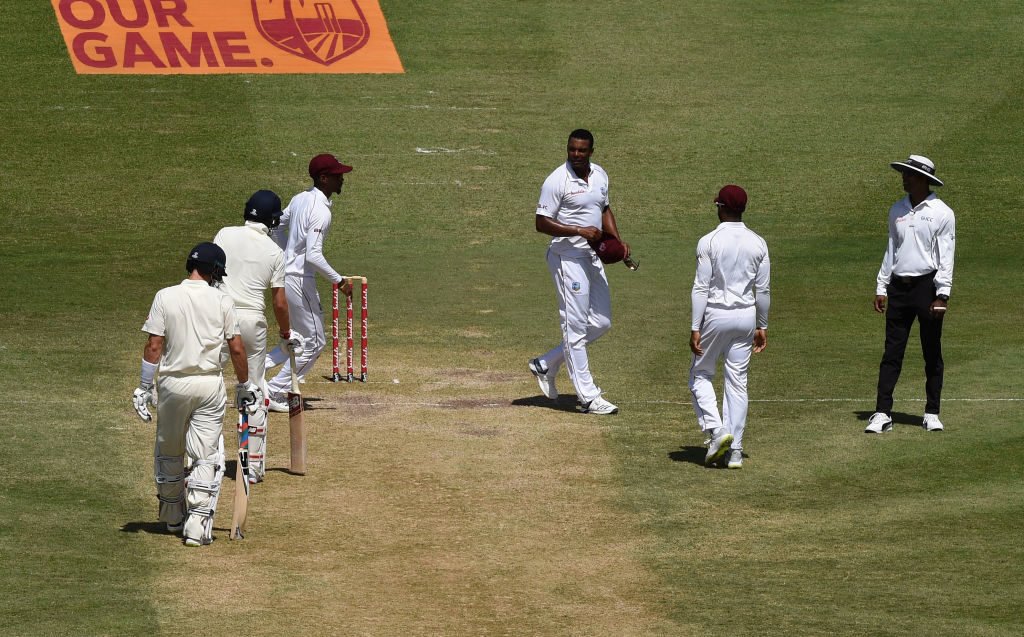 “I don’t want anything said in the middle to ruin what’s been a good Test series for him and his team.”

Richard Pybus, the West Indies interim coach, said the incident hadn’t been brought to him, but added he’d take action if it came to that.

“Nothing has been reported to me,” he said. “But if a comment was made, we’ll review it. And, if it was untoward, we’ll be addressing it.”