Jason Holder’s jubilant double hundred was just reward for a player who has had to put up with more than most, writes Ben Gardner.

Few innings have felt as cathartic, deserved, and joyous as Jason Holder’s double-century against England. The Windies captain could be forgiven for bemoaning his lot, having to do it all as those above and below him flail, and those on the outside criticise regardless, and were he even slightly less phlegmatic, he would surely have dipped into the KP book of proverbs on occasion, because it’s not easy being Jason Holder.

Even before this series, there has been turmoil and castigation, Geoffrey Boycott labelling Holder’s side “mediocre”, and with the appointment of Richard Pybus as West Indies interim head coach coming in for criticism among former players. “After the mess in 2014 he can’t be back,” ex-captain Daren Sammy tweeted. “I refuse to believe that’s true.” 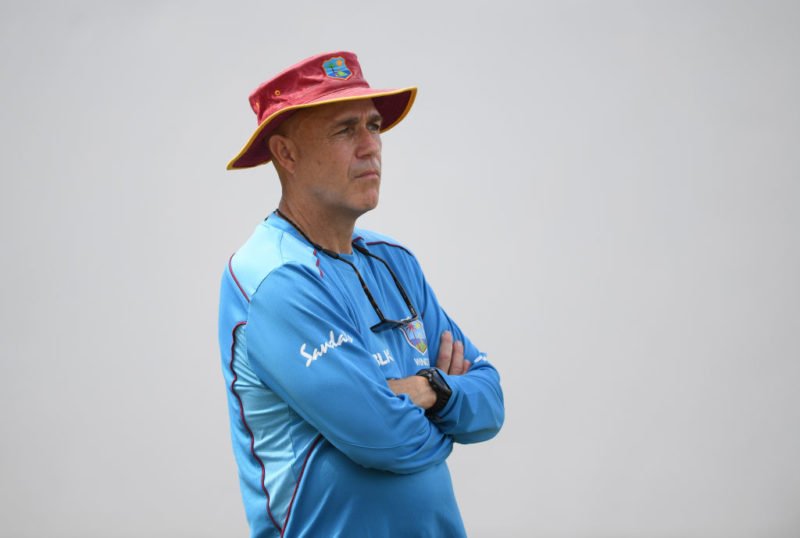 Richard Pybus’ appointment came in for criticism before the series

Maybe Holder was even grateful for some deflection of criticism away from his own team, who came into this series on the back of a 2-0 mauling in Bangladesh. There is usually no shortage of legends queuing up to have their say, and Holder admits that it can sting, calling comments from Michael Holding in 2017, that West Indies didn’t deserve a three-Test series against England after a hammering in the first game, “pretty hurtful”.

Holder’s coping mechanism? “Look, it’s tough,” as he told Wisden Cricket Monthly.  “But I just put it all away. I can’t, I can’t… change it. I try not to take it on. We’re here to play cricket, not take on the critics.”

Still though, how he must have longed for a day like this one, a day with the pressure totally off, with no time limit, when he could show the world what he was truly capable of. In recent times he has carved out an impressive personal career, and might just be the world’s best Test all-rounder, but he has also always seemed a cricketer playing within himself. 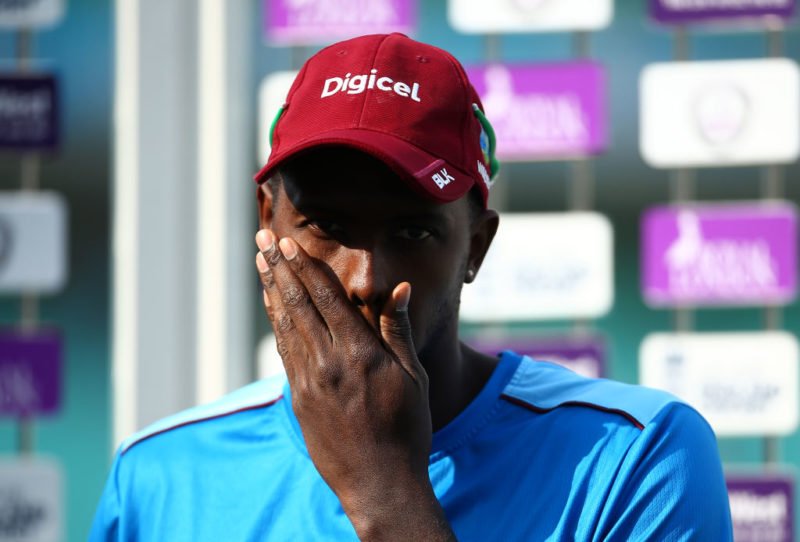 With his broad shoulders, long levers, and towering height, he looks by rights a batsman who should be clearing fences and a bowler who should be peppering throats. Instead he is forced to fire-fight, repair from collapse after collapse – his previous century against England, a last-day match-saving rearguard, is one such example – and bowl dry. His stooped figure as he bowls, knee almost at a right angle, calls to mind an amateur entomologist affixing his latest find just so, focussed solely on accuracy over speed.

For so long, Holder has been West Indies’ Atlas and Sisyphus, holding up their world and rolling the rock up the hill, only for others – team-mates, members of the administration, and the rest – to roll it back down. He has had to be their star player, ideas man, and chaperone all at once.

“In our dressing room at present you don’t really have guys coming forward to be as vocal as they probably should. You almost have to pick players to speak,” he said. “I want to get to a situation where, when we cross the line, I’m not looking over my shoulder to make sure people are doing what they’re supposed to be doing, fielding where they should be, doing what they need to be doing, and every man knows the ins and outs of their team and their teammates. As opposed to me having to always do it.” 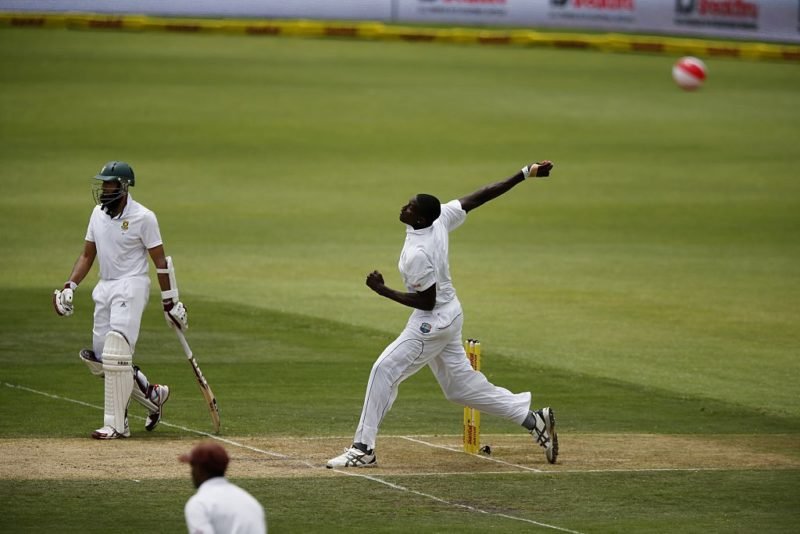 The reported death of West Indian flair is reductive, as if the incredible feats of those generations of former greats were underpinned simply by raw talent and not by technical mastery and hours of hard work, and also, on this evidence, greatly exaggerated. The debate tends to ignore how hard it is to play with freedom when you’re the only thing standing between your team and humiliation. With the shackles finally lifted, Holder showed he could match those players for panache as well as pedigree.

Over his career he has shown himself to be a capable ball-striker, averaging 52.45 and scoring at 8.93 runs per over when playing attacking strokes, both above the global average. Against England, however, able to truly unleash, his attacking shots reaped more than two runs a ball. His eight sixes were the most by a West Indian captain in a single innings. 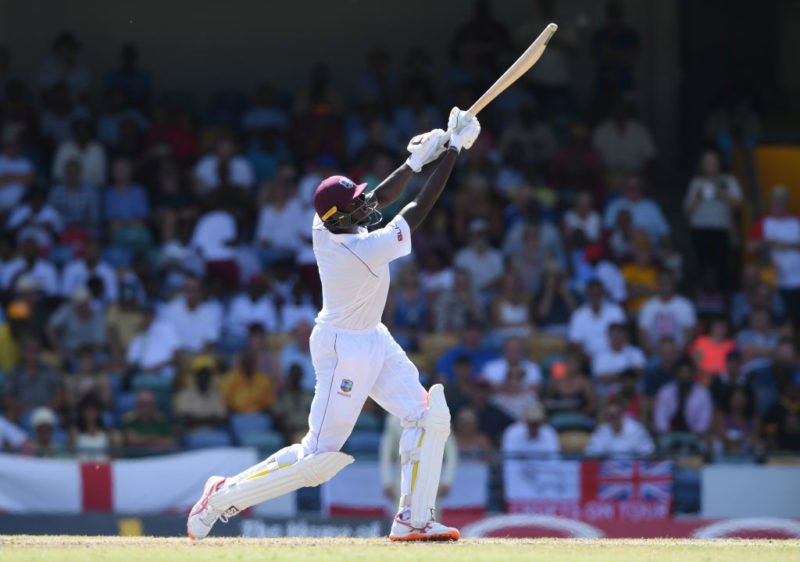 The innings carried with it a similar feel to Misbah-ul-Haq’s 56-ball hundred against Australia in 2014, another put-upon captain allowed finally to break free, and taking full toll as he did so, and Holder’s impact on West Indian cricket could be looked back upon as fondly as Misbah’s is on Pakistan’s.

Holder’s celebration once he reached his double century was instructive, because there was no anger, no sense of retribution, just pure jubilation. This wasn’t about silencing the critics. For once, he was, simply, just playing cricket, a player in his prime and his element, for once not looking over his shoulder, just enjoying himself.

“To score a double hundred in front of your home crowd is a very pleasing feeling,” said Holder. “I was ecstatic. It was a dream come true. My friends and family were here to enjoy it, as I really wanted to achieve this from the very start of my career.”

He declared as soon as he reached the milestone, soaking in the applause of an adoring Barbados crowd as he walked back to the pavilion. When he reached the boundary-rope he paused again, raising his bat like a trophy and saluting the ground once more, ostensibly for the photographers, but surely mostly for himself. He’d earned it.