Ben Gardner lauds England’s evergreen, ever-reliable king of swing James Anderson after the veteran claimed a four-for on day one of the first Test between West Indies and England in Barbados.

What are England going to do without James Anderson? It’s a question that presumably gets more urgent everyday as he supposedly gets older, and yet, the closer the deadline looms, the more ridiculous it seems to ask, and certainly more impossible to answer.

The qualities Anderson displayed on the opening day of the series against West Indies were in many ways nothing new. He has bowled more devastating spells, vanquished tougher opponents, and graced grander stages. He has nothing left to prove, but that only makes performances such as this all the more special as, aged 36 and under the sweltering bajan sun, having thrown himself about in the field and toiled with ball in hand with little to show for it, he took wickets in each of his 21st, 22nd, and 23rd overs to swing a contest which had been drifting away from England. 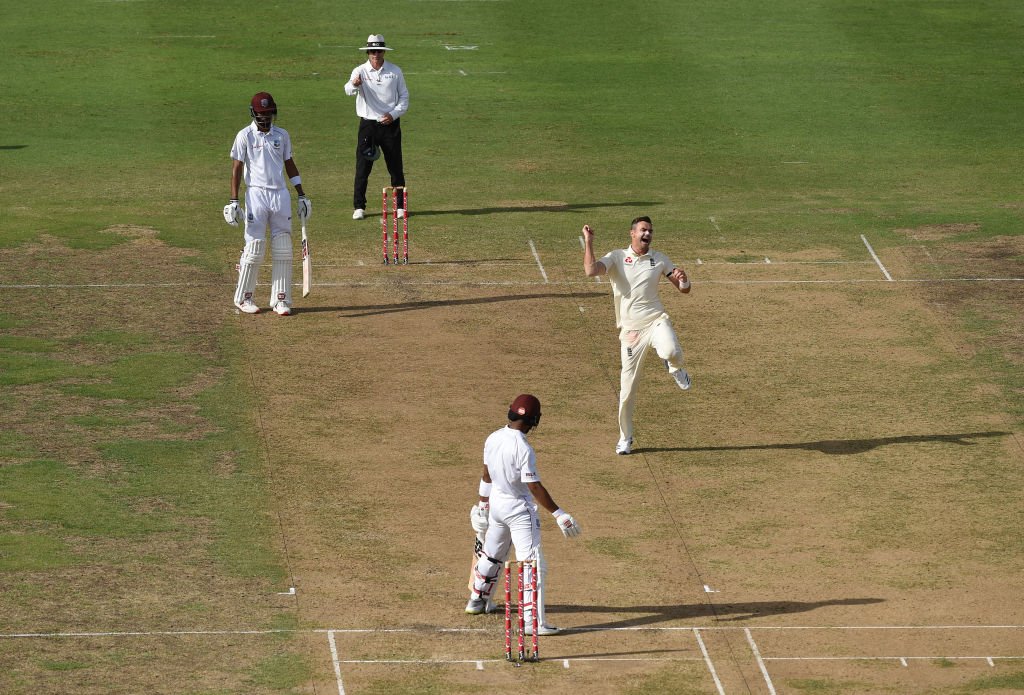 It was just reward for an exceedingly disciplined personal performance – beyond his economy rate of 1.37 and his dot ball percentage of 88.1, only 10.4 per cent of his deliveries were attacked by West Indies’ batsmen. It’s a figure well below the global average of 22.6 per cent for seamers, and yet still only the 11th best Anderson has recorded in a Test match, a list atop which he sits for all bowlers, when he took 9-73 against the same opposition at Lord’s in 2017.

His superb opening spell – eight overs for five runs, and just one shot played in anger – would have been lethal had most of the heat not been absorbed by the barnacle Kraigg Brathwaite, while with the second new ball, with which he finally broke the resistance, he was close to unplayable, dropping his speed only slightly from his first attempt, but registering 2.31 degrees of swing on average compared to 1.56 with the first new ball. In short, it was masterful: a pitch-perfect example of when to sit in and when to go for the kill. 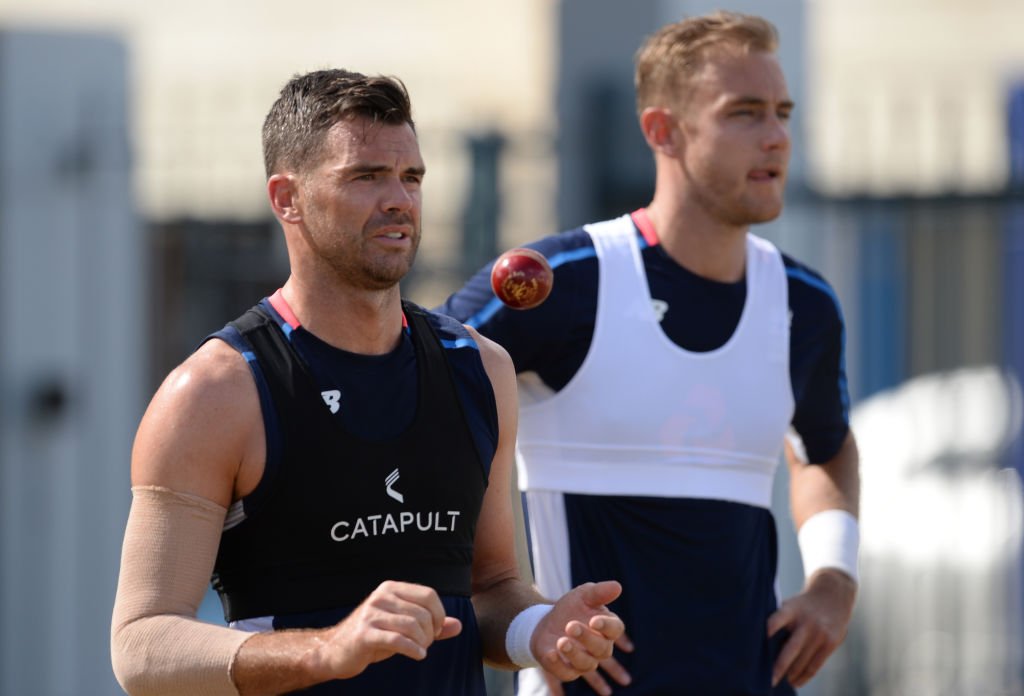 It was a day too when England needed him more than they have of late, certainly more so than in Sri Lanka, and probably more so than back home, where, for all Anderson’s mastery, he will usually have three other seamers in support, and where the likes of Sam Curran or Stuart Broad are nearly as adept at letting the clouds do their thing. Here the former looked as pedestrian as Norwich City Centre, and the latter was left out as England went with two spinners.

The twirlers’ lack of success – they bowled a combined 29 overs for 115 runs, taking one wicket and bowling two maidens between them – suggests England may have misinterpreted the pitch somewhat. In fairness, so did many others sitting at home upon seeing a patchy surface, though notably the West Indies, who went in with four quicks and no specialist spinner, read it differently.

Whatever the rights and wrongs of the selection, it certainly heaped more pressure on Anderson, and allowed him to demonstrate how he has developed a metronomic yet adaptable approach that can be successful in almost all climes. “I feel I can bowl on most pitches,” he said at stumps, “though you can probably take Sri Lanka out of that.” 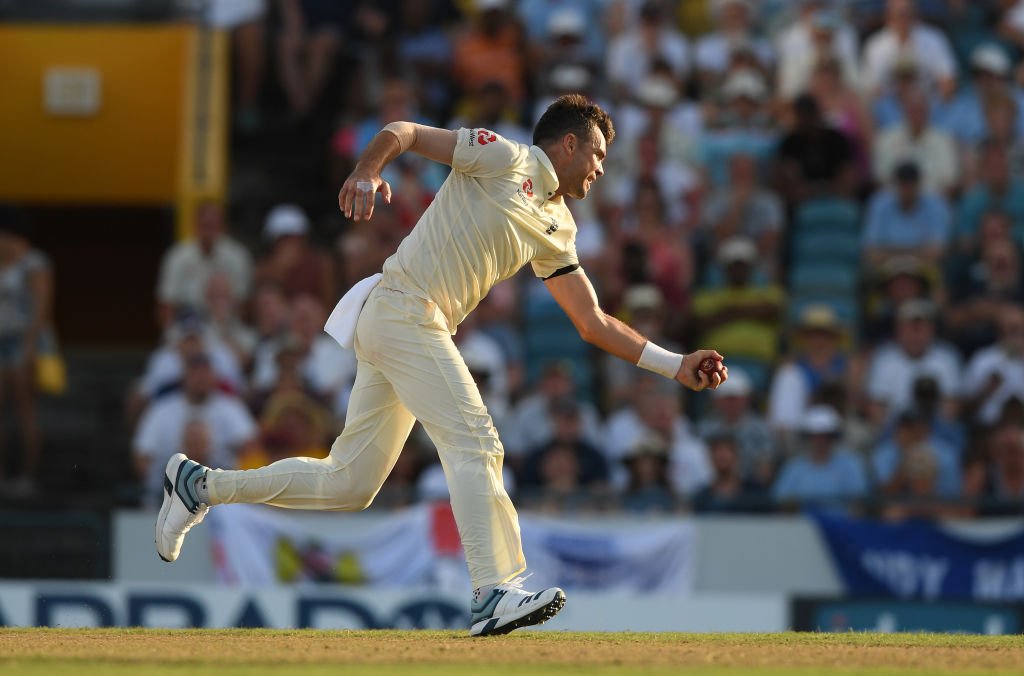 Ben Stokes was almost as good, and his bowling career has mirrored his batting one, with his all-out attack approach becoming more nuanced, able to out-think as well as out-gun, while still retaining the ability to summon that one special delivery and hit the ball miles. He may well be part of the answer as to how England replace Anderson – over the last two years CricViz rank him second in the world among seamers for lateral movement – though with more being asked of him with bat too there would perhaps be workload concerns were he asked to take the new ball consistently.

Related Story: James Anderson’s second-innings struggles show that he can’t go on forever
In any event, it is unwise to hope for a like-for-like replacement for a one-of-a-kind bowler. Perhaps the only solution is to enjoy it while it lasts, and take solace in the fact that he seems to be enjoying it too, and while that’s the case there need be no end in sight. Come 2040, we’ll probably still be sitting here, as Anderson hobbles in to bowl another day of 120-odd 55 mph identical jaffas, wondering what we’ll do when he finally hangs it up.