Trevor Bayliss implored contenders for England’s top three in Tests to “score heavily” in county cricket even as the team struggles to get the top-order combination right.

England’s top three has become a game of musical chairs, with each of Keaton Jennings, Rory Burns, Joe Denly, Jonny Bairstow and even captain Joe Root batting in at least one those positions since their home series against India last year, when Alastair Cook retired.

And while Jennings has been dropped twice since then and Root has gone back to his more favourable No.4 position, the top-order collapses have not abated.

Related Story: Should Joe Root stay at No.3 in Test cricket?

“The struggles of the top three are well documented,” Bayliss said. “They’ve all shown what they can do but it’s about doing it more regularly. Those three guys (Jennings, Denly and Burns) are incumbents in those positions, I suppose. If they come out and score as heavily as they have done in the last few years in county cricket, then it might be difficult to look past them.”

After overseeing a “shambles” during his time in charge of England’s limited-overs teams, the appointment of Ashley Giles as the ECB’s new director of cricket has left Wisden Cricket Monthly columnist @jonathanliew uninspired.https://t.co/qu176z5tVR

Of those three, Jennings, who has only one century in his last 10 Test innings, has come under scrutiny the most but Bayliss backed the left-hander to score runs in the early parts of the County Championship this year and retain his place in the side.

“He’s made two Test hundreds and has been one of the heaviest scorers in county cricket,” Bayliss pointed out. “If he comes out and scores a lot of runs in the early matches of the season and no-one else does, then there might not be a decision to make.

“We’ve seen what he’s capable of but at the moment he’s lacking some confidence. It’s not easy when everyone is talking about your position and he’s coming to terms with that as well. Hopefully there are some names out there who can score heavily in the county season to give us a choice to make.” 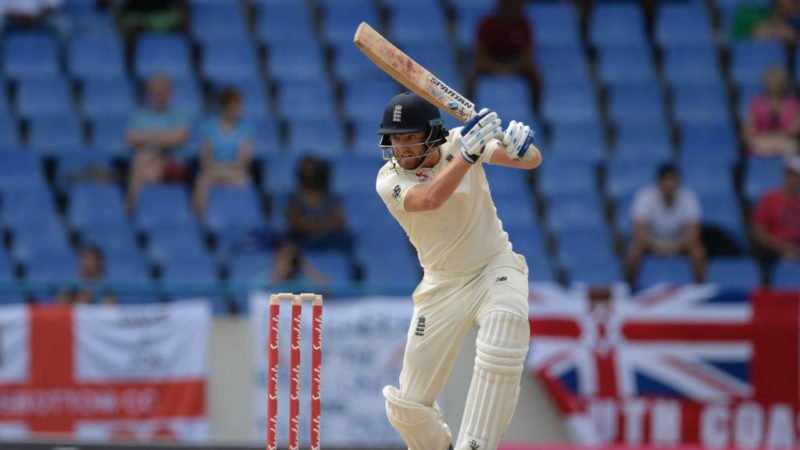 ‘Experiment of batting Bairstow at No.3 is over’ – Bayliss

Bairstow was also tried at No.3 on the tours of Sri Lanka and the West Indies, and he made a century and a half-century at that position. However, the coach declared that experiment over, even as England try to fit their “best eight batters” into an XI.

“We’ve known for a while what our best four to eight is,” Bayliss said. “But we make no apologies for trying to fit our best eight batters into a team. That meant trying to find a No. 3 out of those guys. Obviously it hasn’t worked for one or two reasons but four through to eight has been successful in the past and we’ve gone back to that.”

In the last West Indies Test, Root, Jos Buttler, Ben Stokes, Bairstow and Moeen Ali batted from four to eight, which also meant Ben Foakes, who has had a brilliant start to his Test career with a century on debut at Galle and a half-century in the following Test, had to miss out.

"There are very big games around the corner, whether it’s World Cup cricket or the Ashes, and for this team to show that strength of character holds us in good stead."

“The experiment of batting Jonny at No. 3 is over. And yes, that is unfortunately bad news for Foakes,” Bayliss said. “Foakes is obviously a very good keeper [and] I think we’ve also discovered someone who can put pressure on that middle order from a batting point of view.”

Related Story: ‘He was better balanced’ – The tactical tweak that helped Buttler hit 152

Foakes is most likely to put pressure on fellow glove-man Bairstow, who has averaged just 27 with the bat since the beginning of last season. But the Yorkshire batsman “is working on it”, Bayliss said.

“It is one of those things. He has got to continue to work on it. Sometimes it doesn’t matter how much you work on it though, if you’ve been playing a certain way for a long time it is difficult to get out of it in a hurry. He is aware of it.”