England all-rounder Ben Stokes has revealed how the coronavirus-forced break has helped him recover after he injured his stomach in Sri Lanka.

Stokes was part of the England squad that was to play a two-Test series in Sri Lanka, before the series was postponed due to the increasing concerns surrounding the global pandemic Covid-19.

Stokes said he was “pleased” with the ECB’s decision to cut short the tour and send the team back home to their families, and particularly so because it had helped him recover from an injury sustained in the nets when he took a throwdown full on the stomach. 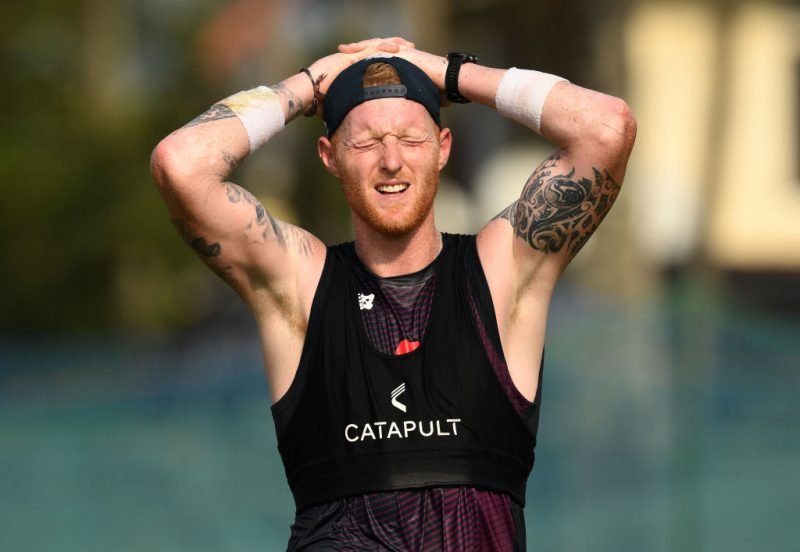 Ben Stokes injured his stomach in Sri Lanka, and forgot all about how he got it

“One thing the break has allowed me to do is get over my stomach injury that caused me to miss the second warm up match in Colombo,” Stokes wrote in his column for Mirror. “I’d had a bat, then sat down in a chair and had some lunch.

“When I got up to move it felt like someone was stabbing me in my abdomen, it was so painful. The doctor thought it might be appendicitis, but a scan ruled that out, and we still didn’t know why I was in such pain.

“The next day, when I got to the ground, Carl Hopkinson, our fielding coach, saw me and asked: ‘Do you reckon it was where I hit you?’ And then it suddenly dawned on me.

“He had hit me quite hard giving me throwdowns when I was batting, and I had just completely forgotten about it. I’m all good now, and will be ready to play again whenever the time comes, and maybe next time my memory won’t be such a sieve.”

Stokes admitted it was “strange” to be back home when “your body and your mind were gearing up” to play Test cricket. However, he realises the times are such that health takes priority.

“This is the reality of where we are at in the world, and at this moment in time, the most important thing is everybody’s health,” he said.

Despite boasting the likes of Stokes, Buttler and Smith, the Royals are one of the least fancied sides going into this year’s tournament. https://t.co/cDX44K2yzU

“That has to take priority over everything else right now, and cricket and sport need to take a backseat for a while so that people can look after themselves properly and get through this.”

At the moment, IPL 2020, scheduled to start on April 15, is Stokes’ next cricketing assignment, but he says “no one can say for sure” if and when it will go ahead.