England owe county cricket a debt of thanks for the emergence of a top three that no one saw coming, writes Jo Harman.

Given the numerous false dawns of English openers in recent years, it would be unwise to get too carried away with Dom Sibley’s maiden Test hundred in England’s series-levelling win at Cape Town.

The post-Strauss back-catalogue is littered with one-hit wonders who burnt brightly but briefly before being told to pack their bags and return to county cricket. Nick Compton, Sam Robson, Adam Lyth, Haseeb Hameed and Keaton Jennings each provide cautionary tales.

But as Sibley batted through eight hours in England’s second innings at Newlands, facing 311 deliveries on his way to becoming the first English opener to score a Test century at the ground since Jack Hobbs in 1910, James Anderson’s description of the Warwickshire right-hander as a “mirror image” of Alastair Cook started to feel a little less fanciful.

Speaking after his century, Sibley admitted that discussions in the media surrounding his unorthodox technique had affected the way he batted in New Zealand, where he scored 38 runs across three innings, and led to him playing at deliveries he would usually have left alone.

“You’re never quite prepared for the spotlight you’re going to be under,” said the 24-year-old. “When you start playing for England, there are people writing about you and picking apart your technique and it’s tough to avoid. In New Zealand I probably put myself under a lot of pressure to get that big score. You want to prove to yourself you’re good enough for this level.”

By scoring a hundred against an impressive South African attack and setting up a memorable victory, Sibley has proven to himself and his doubters that he is capable. The turning tracks of Sri Lanka on England’s next tour will provide a different type of challenge but the composure and clarity of thought he showed at Cape Town gives reason for cautious optimism.

“I thought Dom put all the hard yards in to get us in the position of winning. He’s the man of the match, he should be the one up here.”#SAvENG https://t.co/mNyBZ3bah6

While an ankle injury has ruled Rory Burns out of action for the next four months just as his Test career was gathering pace, there is now genuine hope that when he returns England will finally have an opening partnership with some staying power. Throw Joe Denly into the mix, and, whisper it, they may actually have a top three worthy of the name.

Denly’s average of 31.30 doesn’t leap off the page, and his failure to turn starts into big scores remains a concern, but he has now faced more than 100 balls in eight of his last 12 innings and looks increasingly comfortable at Test level. The value of that last statistic won’t be wasted on Root, Stokes and Buttler, who – thanks to Sibley and Denly – got a rare opportunity to play some shots from a position of dominance in the second innings at Cape Town.

The knock-on effect of a solid top three cannot be overestimated with this England side. Think back to Matt Prior and the destruction he caused coming in at No.7, with 250-plus regularly on the board. Jos Buttler recently admitted he is “not quite performing to the standards I need to” – and one hundred from 38 Tests doesn’t come close to doing justice to his talent – but how often has he been given the platform to play with the freedom so often afforded to Prior in those heady days? (It’s worth noting that Prior generally had more support from the tail too.) 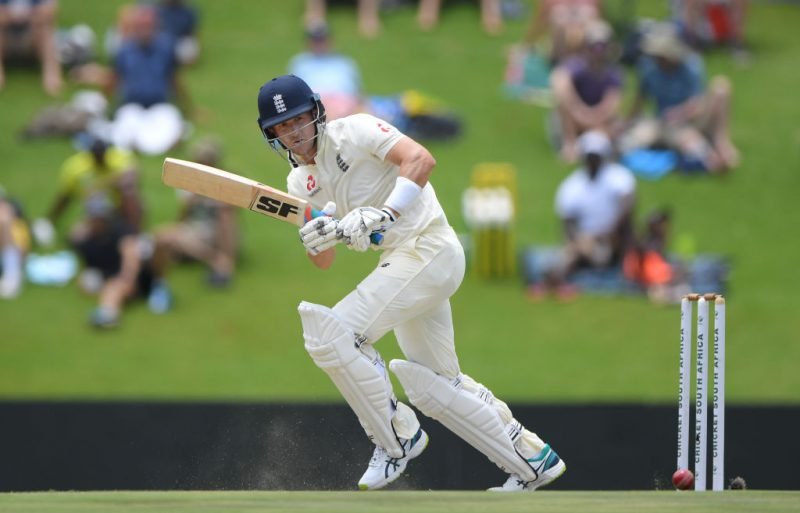 Burns, Sibley and Denly isn’t a top three that anyone would have predicted a year ago, and England have landed upon it more by accident than design. Ed Smith, the national selector, deserves some credit for the leftfield pick of Denly, but the county form of Sibley and Burns made their selections inevitable. Many would argue that in the case of Burns his call-up came at least a year too late.

In an interview with ESPNcricinfo shortly before leaving his post as England coach, Trevor Bayliss questioned “whether the county game is producing the players we need” and highlighted the “huge gap between county and international cricket”.

“Again and again we’ve picked the best players in the county game,” said Bayliss. “And again and again, they’ve found the gap too large to bridge.”

Burns, Sibley and Denly have shown enough promise in their fledgling Test careers to suggest that Bayliss’ assessment, while accurate in many instances, will not necessarily be the case for them.

None of the trio have had it easy in their careers so far, and each will tell you how they have benefitted from years of toil on the county circuit: Denly played 15 seasons of county cricket before making his Test debut, Burns eight and Sibley seven. Denly and Sibley spent time on the ECB player pathway in their youth but it is their years on the county circuit which have laid the foundations for their opportunity at the top level.

Related Story: Who’s in the running to open the batting for England against New Zealand?

Five years passed between Sibley’s first Championship hundred and his second as he struggled to live up to his reputation as the best young batsman in the country. Denly “literally forgot how to hold a cricket bat” and lost all love for the game during a miserable three-year spell at Middlesex. Burns, despite being one of the most consistent performers in county cricket for several seasons, played no representative cricket for England until the age of 28 as he fought to dispel doubts that his technique was suitable for the top level.

These experiences have made tough, durable cricketers out of each of them and England are beginning to reap the rewards.