Daniel Gallan explains why, even though South Africa showed plenty of heart at Cape Town, they will need to engage their brains more at Port Elizabeth.

When English bowlers demanded the relinquishing of South African wickets, they were met with a thundering response.

Come and take them.

Like Leonidas’ brave 300 at Thermopylae, this was a doomed cause for Faf du Plessis’ men, who came within 50 balls of pulling off a draw for the ages.

In truth, they didn’t deserve it. Since they were reduced to 40-3 on the second day, South Africa were forced to chase a game they couldn’t catch.

A win at Centurion to close out the decade was welcomed as a rejuvenating tonic in hard times, but it came against an English side crippled with self-doubt and waylaid by virus and injury. Before the start in Cape Town, Stokes had labelled this the ‘Cursed Tour’, and after the further losses of Rory Burns and Jofra Archer to injury, it’s tempting to suggest South Africa took a plucky England for granted. But hard as the tourists fought, South Africa always battled back. In the end, the winning side was filled, not with those who scrapped hardest, but by those who played the better cricket.

Still, even if South Africa’s best punches were thrown with their backs pressed against the rope, seeking to land a blow from wobbly legs and through squinting eyes, they did land some. 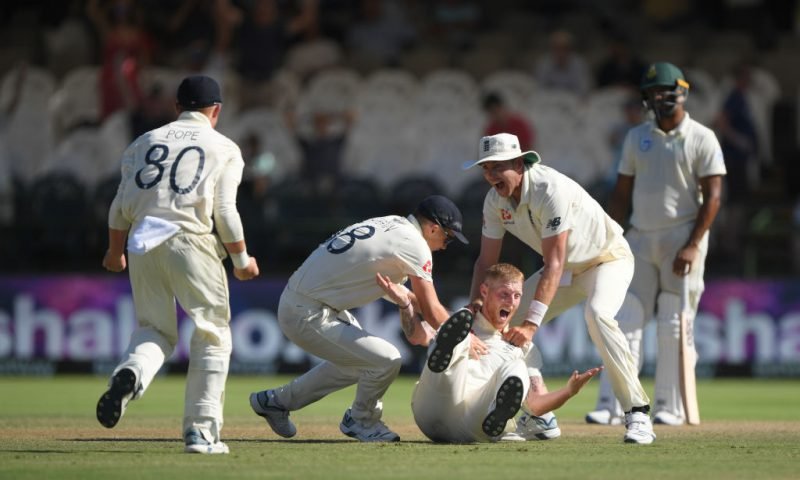 Pieter Malan’s 84 from 288 balls, across 369 minutes spanning over three sessions, cannot be undervalued. One game does not make him the next iron-willed opener of world cricket, but he showed enough gumption and temperament to suggest he has the raw ingredients to hack it at this level.

Rassie van der Dussen has certainly proved his credentials in his short international career. He faced a combined 327 balls – 187 in the first innings, 140 in the second – and put to bed the notion that he is a one-dimensional white-ball dasher.

Both Malan and van der Dussen are 30 years old and have arrived as Test cricketers having trodden a long and treacherous road to get there.

“That’s not pressure, that’s privilege” Malan said of playing international cricket in the middle of a packed stadium. “Pressure is playing in a semi-pro game with nobody watching and fighting for your career. Being out there, the Barmy Army cheering, facing Jimmy Anderson, it felt like a video game at one stage. It was unbelievable. I felt very privileged to be able to fight for the team.” 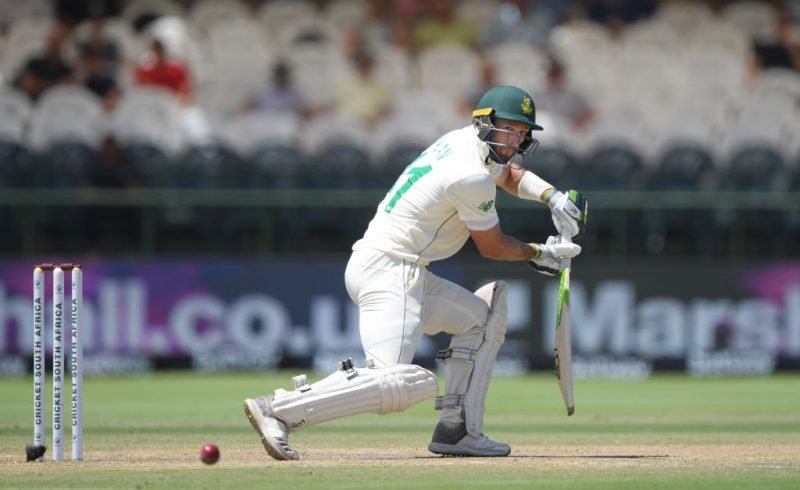 Pieter Malan and South Africa fought hard at Cape Town, but will need more than fight next time

Du Plessis credited the fighting spirit of his Proteas, who made wilting in the heat a trademark throughout 2019. But the challenge South Africa now faces isn’t of spirit, but of savviness. The combative ethos of coach Mark Boucher, who built a career as a man for the trenches, has clearly had an impact on the group. But technical and tactical flaws still abound, and if du Plessis is to triumph come the end of January, the mistakes of Cape Town cannot be repeated.

An obvious flaw was a lack of sustained application with the bat, and jarringly, it came from the three most senior players in the top six. Elgar’s out-of-character explosion of aggression against the otherwise innocuous – albeit consistent – Dom Bess tore open South Africa’s first innings when the opener was trickling towards a ton.

Du Plessis – out on the sweep to Bess – and Quinton de Kock – out on the pull to Joe Denly – committed similar acts of self-implosion in the second innings. Their dismissals placed greater pressure on the less experienced willow wielders around them.

De Kock could be forgiven for his shot selection. Ordinarily, the fluent lefty would have deposited Denly’s long-hop into orbit, and it required a sharp catch at short midwicket from Zak Crawley to prise out his wicket. Some criticised the intent, but even in the most obstinate innings, filthy balls must be dispatched. It was du Plessis’ exit that raised greater concerns. 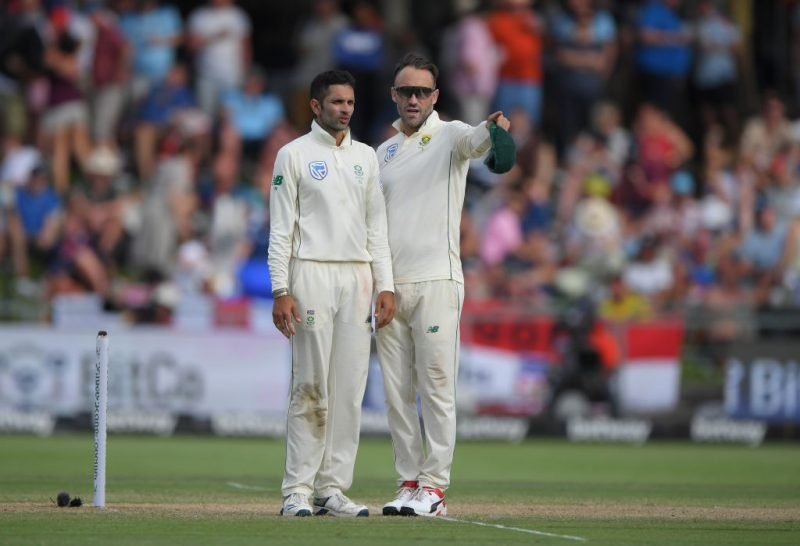 The Proteas skipper has trudged through a trying year, lurching from one disconsolate press conference to the next. It was not just on-field failures that doused the Protea Fire; ineptitude at board level, angst between the governing body and the players’ association, and the continued haemorrhaging of talent to New Zealand and England have all contributed to the annus horribilis that was 2019. How could anyone’s psyche be left unaffected?

Du Plessis has always appeared sure of himself as a leader, but, even in that heady win at Centurion, he was unusually reactive and defensive, dropping point or square leg to the boundary fence immediately after a bad ball was punished.

The cracks only widened at Cape Town. This knee-jerk response to a loose delivery was exemplified when he ordered his first slip to a long stop after Ollie Pope ramped a Kagiso Rabada bouncer for four. Du Plessis then reneged on his plan, reinstalled his slip, and was left red-faced when another bouncer to Pope was given the same treatment.

A lack of a coherent strategy from du Plessis impacted the effectiveness of Keshav Maharaj. Whether the decision came from captain or bowler, it was baffling watching the lone catcher move from cover to leg slip to midwicket to forward short leg in the space of four overs as Maharaj went at just under four an over, conceding 160 runs and taking just two wickets in England’s second innings.

Boucher called Maharaj a “work in progress”, which must have been news to the man with over 100 Test wickets, and who already has a claim to being South Africa’s best twirler since readmission. One must wonder how much consistency a spinner can muster amidst such fluctuations in the field, and the oscillation between ideas must stop before the third Test. Trust and patience, as demonstrated by Joe Root’s use of Bess, must be given to Maharaj.

That is not to say that all alternative plans should be left on the blueprint. In fact, different modes of attack with the fast bowlers need to be explored. Anrich Nortje and Kagiso Rabada provide du Plessis with a heavier hitting arsenal than Root has, but the constant use of barraging bouncers became predictable. Sibley’s broad bat blunted the Proteas’ spearheads, but they kept digging it in regardless, as he plodded to a maiden ton. By the time the shine was lost and Stokes unleashed hell on the fourth morning, the game was already gone.

This was never going to be a contest between two complete teams. Both units are deeply flawed but sprinkled with enough world-class talents to keep them competitive.

England are on the board and it is now South Africa’s turn to respond. They’ve shown they have the chutzpah to charge head-first into the storm. Now, they must show enough nous to plot a path back to winning ways.