By now, no England fan needs telling just how talented Ollie Pope is.

While his first stint in Test cricket didn’t go according to plan, with Pope making just 56 runs across two Tests against India in 2018 before being left out, his first-class average of 58.79 – which earned him a recall for England’s tour of New Zealand – was the highest by an Englishman to have played over 30 games in first-class history. It’s since risen to 59.93.

His supporters spoke in hushed tones of comparisons to Joe Root and Ian Bell, and this winter Pope’s Test efforts have justified the hype. After a maiden half-century in New Zealand, he averaged 88.66 in England’s 3-1 series win over South Africa. Returning from illness, his half-century on the first day at Cape Town was one of the turning points of the series, while a century in the third Test felt like a coming-of-age moment.

While his fourth Test half-century wasn’t as pivotal or as memorable as either of those knocks, it demonstrated perhaps the key reason why Pope is so special – a recognition of the areas of his game he could still improve, and a remarkable ability to come up with fixes on the fly.

“I haven’t faced a lot of 90 mile per hour bowling on fairly quick wickets before, so I wasn’t really sure how I would cope with that,” he told Sky Sports after England’s series-sealing victory. “In the back of your head you’re always like, ‘hopefully I can play the short ball well enough. Hopefully I can get forward into the ball well enough.’

“I did a lot of short-ball practice. I’d spend probably 20 minutes the day before each game, I’d just say, ‘just try and bowl at my head’.

“I changed one thing [technically] slightly in the first innings at this game, when Nortje came round the wicket, I just lifted my hands up slightly. I knew he was going to bowl short so I could actually access the pull shot rather than get hit in the ribs or fend it round the corner.”

It might seem a minor comment, but Pope has form for conjuring up a clever adjustment in the middle. He spoke earlier in the series of how his repeated ramping of South Africa’s quicks over the cordon wasn’t a pre-figured plan, but an at-the-crease change, and the innovation extends to white-ball cricket too. 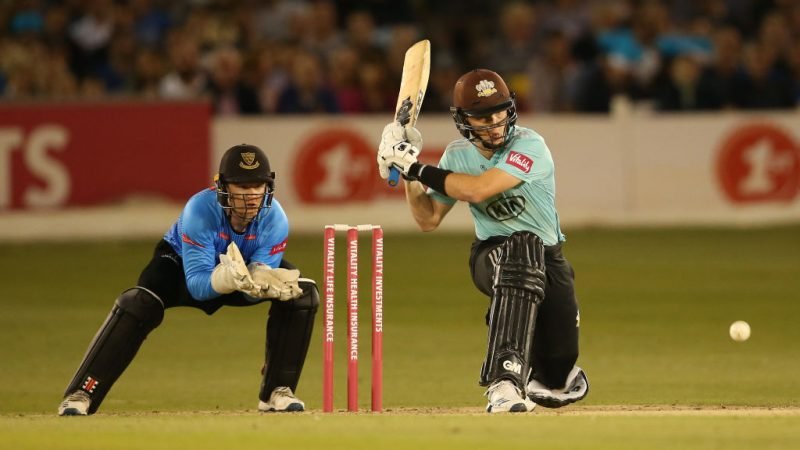 Ollie Pope sweeping Rashid Khan as only he can

“I play some weird sweeps,” he told Wisden Cricket Monthly in December. “I’ve got one which I’ve only played against Rashid Khan, where I put my right leg forward – rather than my left leg as a right-hander would normally – and try to sweep in front of square leg. I couldn’t even tell you why, it’s such an instinctive thing. It just went through my head and I was like, ‘That should work.’ So far it’s been quite successful against him.”

It takes a cool head to be able to find such clarity in the heat of the moment. It’s something else to invent an entirely new way of playing one of cricket’s most storied shots mid-way through an innings against the best leg-spinner in the world. Ollie Pope could be something truly special.