Having begun the fourth morning of the Port Elizabeth Test six wickets down and trailing by just under 300 runs, the task facing South Africa was avoiding the follow on and making England back again.

They failed quickly and dramatically, losing their final four wickets four the addition of just one run inside five overs as Stuart Broad and Sam Curran wreaked havoc with the second new ball. Each of South Africa’s Nos.6-9 had their stumps splattered, which, according to statistician Andy Zaltzman, was only the third time since 1984 that all of the batsmen in those four positions have been dismissed bowled in the same Test innings. 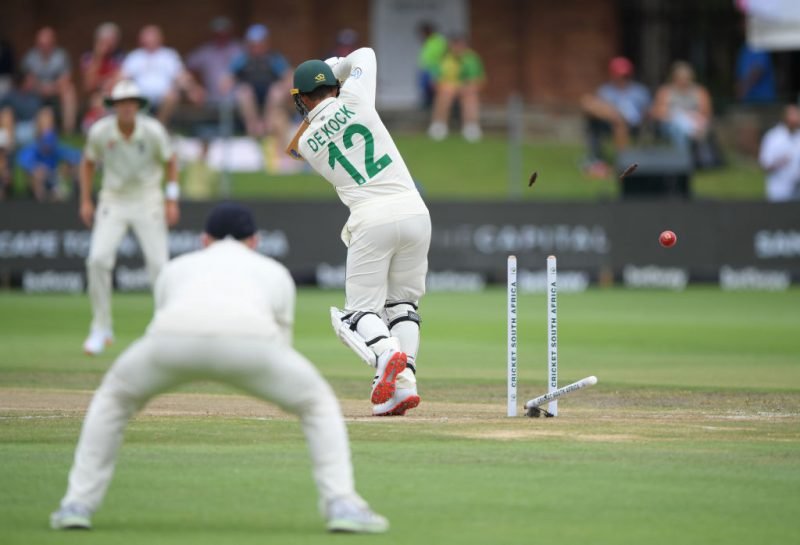 The collapse gave England the chance to ask South Africa to follow on, which they duly did. England enforcing the follow on has been rare enough in modern times – this is only the second time Joe Root has done so as England captain – but it is rarer still coming away from home. England have only enforced the follow on on foreign soil on one other occasion this century, against New Zealand at Wellington in 2013, and only did so twice in each of the 70s, 80s, and 90s.

For South Africa, being asked to follow on at home is even rarer. The last time they were invited to do so was against Australia in Johannesburg in 2002. The only other occasion since readmission that the follow on was enforced against South Africa on South African turf was by England at Durban in 1999.

The portents for South Africa are positive, however. That Durban Test ended drawn, as did two of the other most recent three occasions on which England have enforced the follow on away from home, and with rain taking time out of the game, South Africa may well find safety again.