Daniel Gallan explains why South Africa’s fourth Test defeat to England at The Wanderers was as much down to lack of will as lack of skill.

They did it at The Wanderers. Not just any ground. The Wanderers. The Bull Ring. The Lion’s Den. The spiritual heartland of South African cricket where alpha fast bowlers send visiting batters whimpering and where dashing stroke makers send the ball screaming into the baying morass of supporters.

England arrived with the swagger of a team that had just clinched an innings victory. For the second match in a row, they kicked South Africa’s door down, stomped about the place in muddy boots, knocked over the furniture and made off with all they could carry. In the end, the only witnesses were the Barmy Army and even they didn’t gloat too much, such was the inevitability of it all.

Joe Root’s men were better in every department in Johannesburg but it was the fact that they bowled with more speed and aggression that will sting the most. South Africa have always managed to stay amongst the frontrunners in the pace race but they were totally outgunned in the series finale.

After the match Faf du Plessis explained that it was poor execution, rather than poor tactics, that allowed England to slip from his grasp and disappear over the horizon. He’s half right. Apart from Anrich Nortje, who claimed a maiden Test five-for with some terrific pace bowling, the Proteas seamers were insipid. Where were the venomous bouncers? Where were the toe-crushing yorkers?

“It’s very easy to captain when guys can bowl to a plan,” du Plessis said. “When [Nos.] nine and 10 get together and they start slogging, you look like the guy who’s getting it wrong. I wish I was so powerful that I can change it. But you can’t. I don’t see it as tactically getting it wrong. I see it as a reflection of the performance of the team. People want answers when your team are getting it wrong and they look to the captain and coach first.”

Chris Woakes, Mark Wood and Stuart Broad scored 32, 35 not out and 43 from Nos.9-11 respectively. They faced a combined 113 balls worth 110 runs, clattered nine fours and sent seven sixes over the rope. 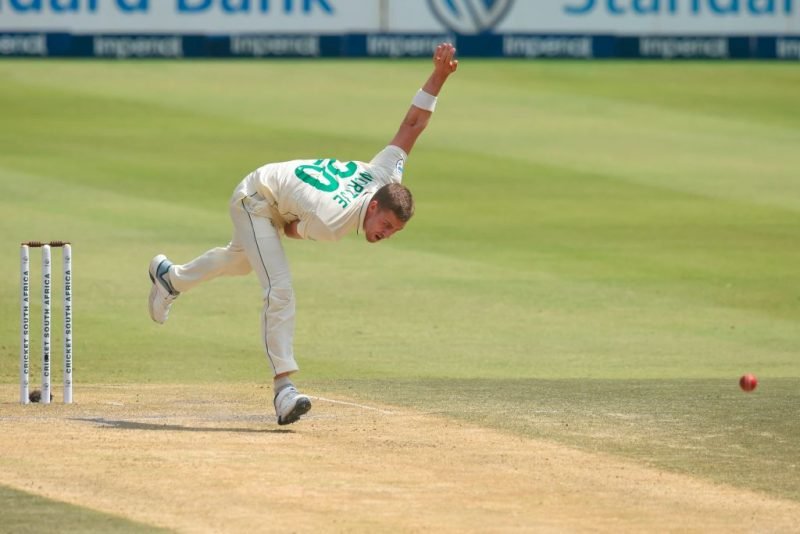 “For f***s sake, hit him on the head” one drunk fan on the wooden benches shouted as another ball was put into orbit from a Dane Paterson long-hop. Those splintered bleachers very rarely offer anything of substance, but this shirtless punter had a point.

Du Plessis had all but given up when he sent eight fielders to the boundary while Wood and Broad were making merry. It was a bewildering passage of play. From a position of strength with England on 318 for 9, South Africans watched slack-jawed as the scoreboard careered to its eventual 400 all out.

The Proteas lugged through the Wanderers Test like a side resigned to their fate. They had the trudge of a man walking to the electric chair or of a zombie stumbling for brains. The fans, the few that showed up, deserved more than this and probably deserve to be refunded.

They saw what they came to see, just not from the side they had hoped or expected to see it from. Wood was annoyingly belligerent with the bat but he was frighteningly destructive with the ball. According to Cricviz, his late spell on the second day was the third quickest by an Englishman since 2006, averaging 90.7 mph. 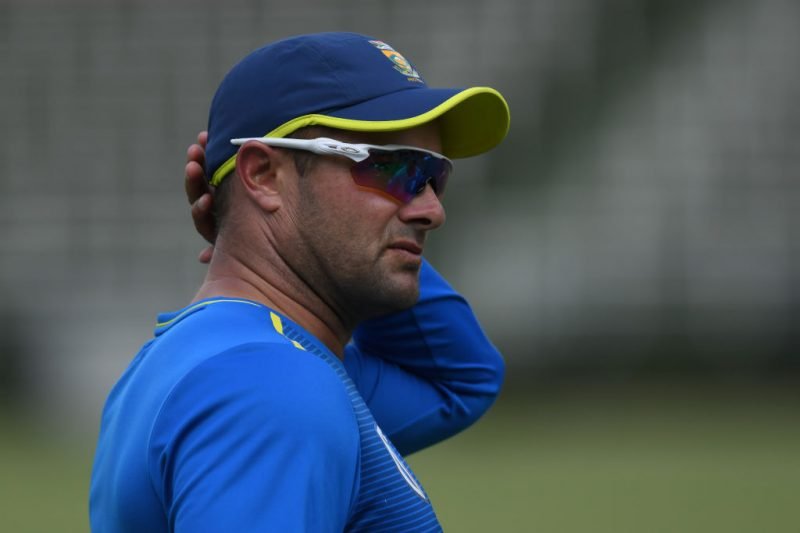 Mark Boucher spoke often of South Africa’s fighting spirit, but little of it was on show

Wood’s five wickets in the first innings and four in the second earned him the Player of the Match award, a fitting tribute for a man who had put his body through hell to help England win the World Cup. He continues to bowl like he knows each over may be his last. No South African fan will begrudge him his glory.

Instead they will wonder why there wasn’t a South African bowler capable of matching his brutality. Nortje bowled with genuine pace but he was only threatening when he pitched it up. His short balls were easily dealt with by Root and Ollie Pope who looked comfortable cutting and pulling when one was dug in. At one stage, the two batters were accurately predicting when the next one was coming.

Visiting fast bowlers have in the past allowed themselves to get carried away by the reputation of The Wanderers. Stories of the ball cracking into the keeper’s gloves a mile away has seen even experienced seamers bowl too short or captains persist with a leg slip for too long.

England bowled like the team more acclimatised to conditions. Broad and Sam Curran hit a persistent good length with only the occasional bumper to keep the batter honest. When it did come, it came as a surprise. Dean Elgar, Temba Bavuma, Rassie van der Dussen and du Plessis were all rushed at various points. They looked rattled. 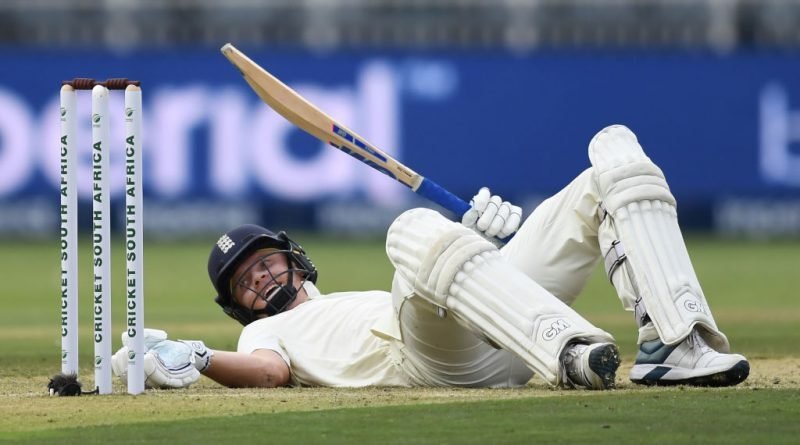 Ollie Pope seemed to relish the fight, even when knocked off his feet

When Pope was put flat on his back by Beuran Hendricks, the 22-year-old dusted himself off, stood up, tapped his bat with more intensity than he did before and was ready to go again. The smile on his young face was not the result of nerves. He was enjoying himself. In the face of a barrage, he was actually enjoying himself.

It was a telling moment in the match. South Africa had spoken of their fighting spirit ad nauseam but had seldom shown any of it over the last two months. Here England’s cubs were roaring with the ferocity of three lions.

A gulf in talent undoubtedly contributed to the 191-run margin. South Africa are a team in decline. Du Plessis looks a spent force but really, who can blame him? Vernon Philander is gone, senior batters and bowlers have let him down and he has been forced to navigate challenges none of his predecessors were forced to face.

England are a power on the rise. Stokes looked every bit the best player on the planet and Surrey’s production line has churned out an array of superstars in waiting.

But most of all, the 191-run margin in Johannesburg was the result of mongrel. Of chutzpah and oomph and gumption. Of those unquantifiable metrics that don’t have a numerical value. One team had them in abundance. The other occupied the home dressing room.