England captain Joe Root has defended his usage of Jofra Archer after claims his overbowling of the prized pace bowler led to him sustaining an elbow stress fracture.

Archer missed the last three Tests against South Africa and will also be out of action for the remainder of England’s tour of the country.

Since Archer’s international debut, in May 2019, only one quick bowler – Pat Cummins – has got through more overs for their country. From that time until the end of 2019, Stuart Broad was next on the list for most overs bowled by an England bowler, but almost 100 overs behind, with 301.4 overs to his name compared to Archer’s 400.5 overs.

However, Root blamed not Archer’s England workload, but the number of overs bowled in domestic cricket before his call-up for the seamer’s injury.

“I wouldn’t say he’s been overbowled,” Root said. “You look at the amount of cricket he’s played before he played for England, he’s played a huge amount.

“An important part of it now is the amount of cricket there is, it’s pretty full-on if you’re playing all three formats. Chuck an IPL in there as well and the Big Bash and stuff he’s played beforehand, that’s a lot of cricket.

“One of the pleasing things is we are really clear on what the injury is now and it ended up being the right call for him not playing in that last Test match [against South Africa], because it could have done further damage and been a really tough one for him. We’re all gutted for him missing out. 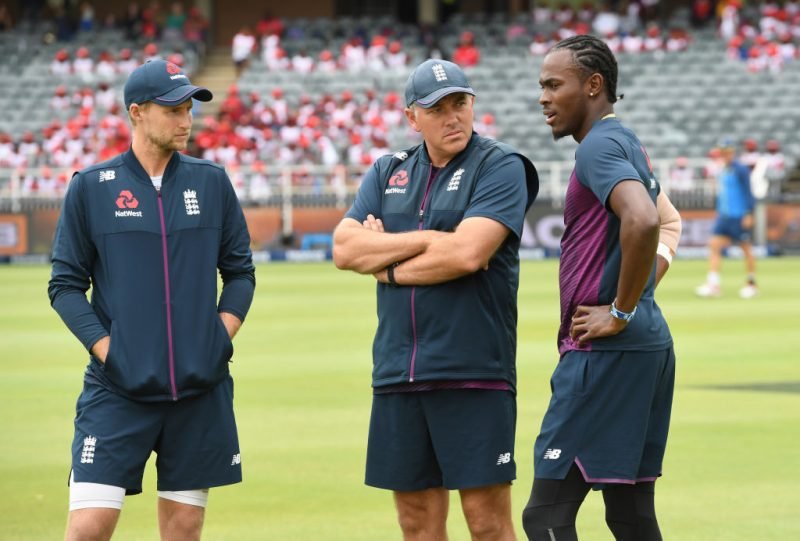 “We’ve just got to make sure now we build him up very well from the start of the summer and make sure when that first opportunity for him to play comes he’s absolutely ready to go and can then look forward and start to really manage him efficiently.”

While Root is correct in that only 18 per cent of Archer’s total deliveries in professional cricket have come for England, and his overall 2019 workload isn’t especially high from a historical perspective – Glenn McGrath’s 1999 workload was just over twice what Archer’s was in 2019 – one innings stands out as containing an especially high volume.

In New Zealand’s only innings at Mount Maunganui, Archer was tasked with bowling 42 overs, the most an England seamer bowled in a single innings in the entirety of the 2010s. Broad has never bowled more in a single Test innings, and James Anderson has only done so once.

Even having gotten through an extraordinarily high number of overs, at the time Root was still asking for more.

“He’s got to learn you’ve got to make sure every spell counts and you’ve got to run in and use that extra pace to your advantage,” he said. “I think there were certain spells where I think he can just unleash a little bit more and that will come with experience and time.”

Related Story: Jofra Archer bowls the spell of the summer as Joe Root watches on

While Archer is set to miss England’s tour to Sri Lanka, his IPL side, Rajasthan Royals, are hopeful he will be able to play some part in the 2020 tournament, which begins on March 29.