New Zealand pacer Tim Southee became the first bowler to dismiss Virat Kohli 10 times in international cricketer, on the opening day of the second Test in Christchurch on Saturday.

Southee is comfortably the most successful bowler against India’s captain across formats, with the England duo of James Anderson and Graeme Swann coming in second, with eight dismissals each. South Africa pacer Morne Morkel and Australia off-spinner Nathan Lyon round out the top five, with seven dismissals each.

Adam Zampa, who has bowled with great success to Kohli in white-ball cricket over the past year, and West Indies fast bowler Ravi Rampaul, who was once Kohli’s teammate at Royal Challengers Bangalore in the Indian Premier League, have also accounted for him seven times each, at an inferior average. 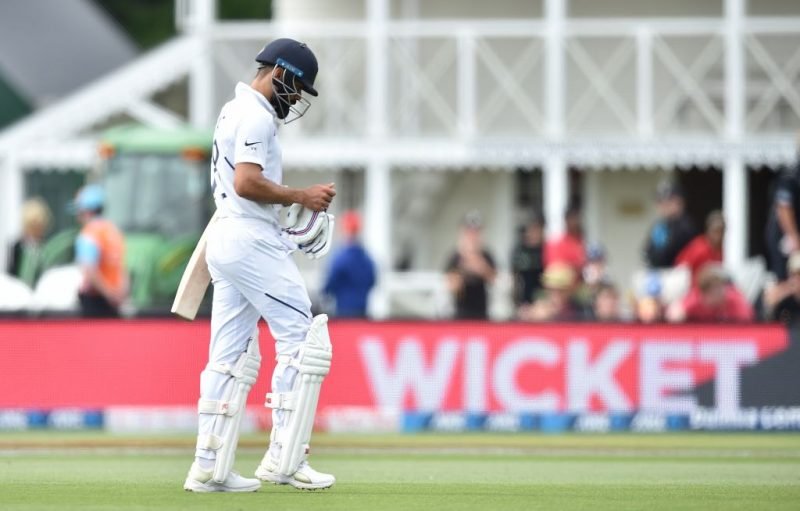 Saturday’s dismissal came in the second over after lunch, ruining a strong start from India, who had gone into the interval at 85-2. Setting the No.4 up for the outswinger, Southee pitched well outside the off stump of Kohli, who drew forward to cover the line, only for the ball to seam back in and beat the inside edge, before trapping Kohli plumb in front.

Related Story: Quiz! Bowlers who have dismissed Virat Kohli the most in international cricket

Kohli referred the decision in a review that hinged more on hope than on good judgement, only for Hawk Eye to confirm what was already known: that the ball would have hit the stumps flush. Kohli’s dismissal was part of a slide, as India went from 80-1 to 113-4, as New Zealand seized the advantage yet again, after asking India to bat. India were bowled out for 242, with Kyle Jamieson, the New Zealand pacer, who playing just his second Test, taking 5-45.

The dismissal ended Kohli’s stay on 3 and extended what has been a rare middling tour for the world’s No.2 Test batsman. Kohli has just one score of 50 or more after 10 outings on this New Zealand tour. He has also gone 21 international innings without a hundred.