Shreyas Iyer and KL Rahul’s breezy 136-run stand during the first ODI against New Zealand in Hamilton was another sign that India are slowly moving away from their over-reliance on the top three.

Both Shreyas Iyer and KL Rahul have taken giant strides in limited-overs cricket over the last few months, with the former making the two-down spot his own, and the latter demonstrating his flexibility by batting in several positions across T20Is and ODIs. Wednesday, February 5, however, was more about Iyer than Rahul, as the Mumbai batsman struck his maiden international hundred, proving that he can play a long innings even against a quality opposition such as New Zealand in their own backyard.

India began the series without the services of their prolific opening pair of Rohit Sharma and Shikhar Dhawan, both of whom have been sidelined with injuries. That presented an opportunity for Prithvi Shaw and Mayank Agarwal, each making his respective ODI debut, and they showed promise during their fifty-run stand. But their dismissals in quick succession threatened to put a lot of burden on skipper Virat Kohli’s shoulders.

A quiet passage of play followed, where only 12 runs could be scored between overs 9 and 13, with Iyer consuming 10 balls to open his account. That slow start reflected New Zealand’s discipline with the ball, but what followed was a product of Iyer’s solid temperament and a fine sense of game awareness. He did get two reprieves early on, when he tried to unsettle his opponents in a bid to counter attack, but he recovered quickly to begin a smooth sailing. 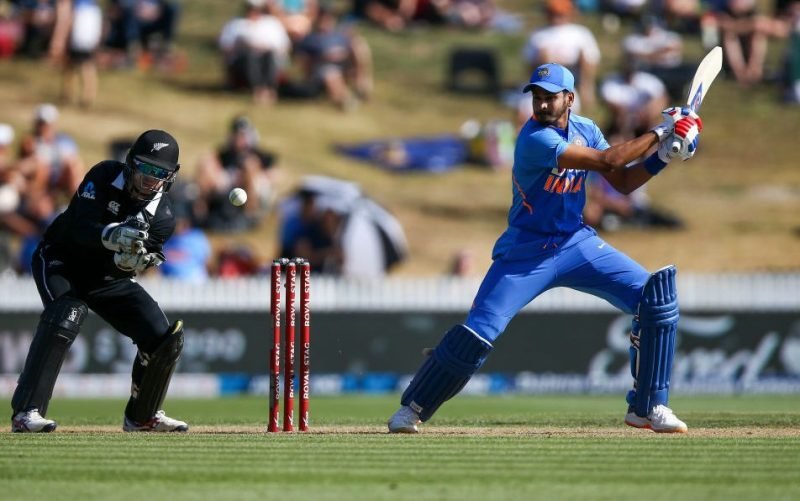 Iyer was slow to begin with, but improved his scoring rate as the innings progressed

When Kohli fell in the 29th over, shortly after raising his fifty, things were still delicately placed for the visitors. But Rahul once again demonstrated his versatility by giving the innings impetus from No.5. Kohli had ruled out the likelihood of Rahul being promoted to open the innings in the absence of Rohit and Dhawan, with the team management having decided to lock him down for a middle-order slot in ODIs, and that paid off.

As Iyer slowly progressed towards his fifty, Rahul marched on swiftly, consistently striking well against both spin and pace. His soaring sixes off Tim Southee in the 38th over summed up his own confidence and skills, as much as they did the bowler’s agony. It also allowed Iyer to capitalise, as he took apart Southee for three consecutive fours in his next over. The 25-year-old raced to his hundred in no time, with his second fifty coming off just 35 balls. He fell soon after, hitting one straight to Mitchell Santner at deep cover, in an attempt to up the scoring rate. But the wicket hardly deterred India, coming on the back of what turned out to be an innings-defining passage, as India blitzed 100 runs between overs 35 and 44. Rahul then stayed till the end and, along with Kedar Jadhav, powered India to 347-4.

Though it wound up being insufficient, thanks to Ross Taylor’s brilliance, the positives from that batting effort can’t be overlooked. There haven’t been many instances in the last few years where India have been able to finish with well over 300 without a significant contribution from at least one of their top three. There have been exceptions, such as the game against England in Cuttack in 2017, when Yuvraj Singh and MS Dhoni both struck centuries. But since then, only once has an Indian batsman notched up a three-digit score while batting at No.4 or below, before Iyer’s 103 on Wednesday.

Dhoni’s absence, in particular, has been seen as a tough void to fill, but both Rahul and Iyer showed the “maturity”, as demanded by the skipper in recent times. Rahul’s approach, in particular, reflected a sense of urgency and responsibility at the same time: the kind of approach that has vaulted England to the top ranking in ODIs. A fluent stroke-maker, Rahul launched New Zealand’s leading spinner Ish Sodhi for back-to-back sixes early in his innings. 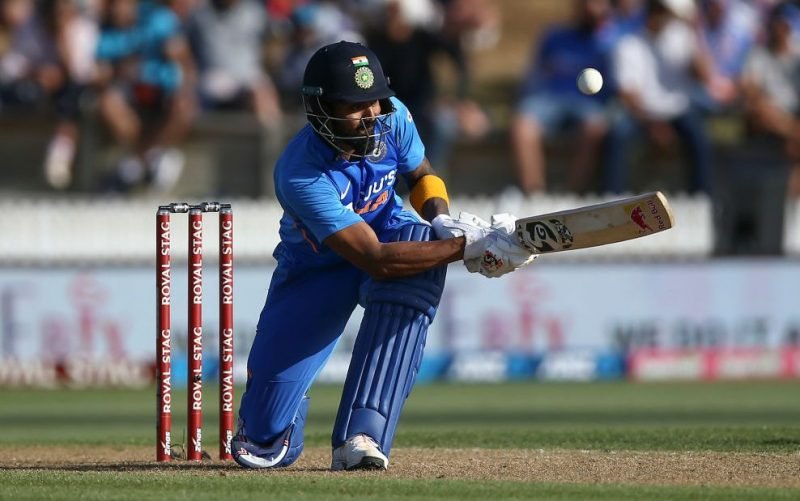 KL Rahul has aced the finisher’s role in his last two ODI innings at No.5

India’s major ODI series wins have revolved around the contributions of Kohli and Rohit, both of whom currently occupy the top two spots in the batting rankings. An exception came in Australia last year, when Dhoni stood out with three successive fifties to seal a historic series win. The ascendancy of Rahul and Iyer, along with the captain’s trust in them, seems to have the No.4 and 5 positions covered for now. With Hardik Pandya and Ravindra Jadeja being the front-runners for the all-rounders’ slots, despite the former being currently out of action with injury, India’s focus now might need to shift to No.6 position, where they have three solid contenders in Kedar Jadhav, Manish Pandey and Rishabh Pant.

While Jadhav showed signs of form with some powerful strikes at the end of India’s innings on Wednesday, Pandey’s quality returns during the T20Is can’t be overlooked. Pant, too, might still stand a chance, despite having become a second-choice keeper after Rahul’s brilliance. For the moment, it’s all falling in the right place for India.