With a game-changing spell in the middle overs and typically excellent fielding during the first innings of India’s second ODI against New Zealand, Ravindra Jadeja gave another exhibition of just why he is so integral to India’s ODI side.

New Zealand were cruising at 83-0 when Jadeja first came on to bowl in the 16th over of the innings. By the time he finished an almost unbroken 10-over spell, New Zealand had slipped to 180-5 in 36 overs.

On the face of it, Jadeja contributed to only two of those wickets: the lbw of skipper Tom Latham and the run-out of Jimmy Neesham, which he affected with an athletic direct hit from backward point.

Both those wickets, crucial as they were, came in the latter stages of that defining 21-over passage of play, but Jadeja’s impact had begun a lot before that. 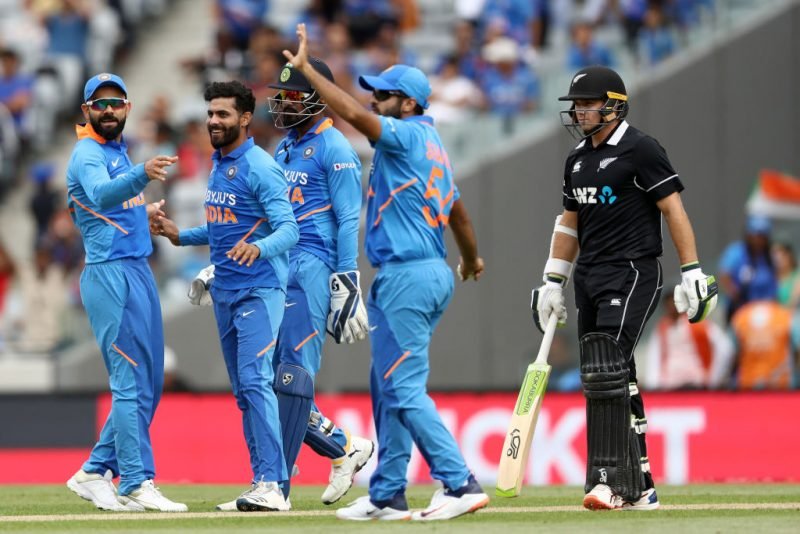 In his first over, Jadeja kept it characteristically tight, probing the batsmen, both well-set by now, with the most subtle variations. Henry Nicholls and Martin Guptill picked up only one single each. The impact of that one over and how it can affect a batsman’s mindset can never be decisively quantified, but in the next over, Henry Nicholls buckled, falling in a display of unnecessary urgency. Having already hit leg-spinner Yuzvendra Chahal for four, he decided he had to go again, but failed to connect the sweep and was trapped in front. It was a superb delivery from Chahal, make no mistake, but had Nicholls decided to play that one more judiciously, he’d have probably survived. Perhaps that second shot was borne out of knowledge of Jadeja’s unerring accuracy, and thus a need to overcompensate by going after the other bowler.

Then after a break of three overs, Kohli brought the left-arm spinner back on. In the over after that, which was another accurate one, Tom Blundell appeared to make the same mistake Nicholls had earlier. Having already hit Shardul Thakur for four, he went hard again and perished.

The next to fall was Guptill when Ross Taylor – overtly eager to rotate strike off Jadeja – called for a suicidal run after playing a reverse-sweep to short third man. Jadeja’s first piece of actual reward came when New Zealand captain Tom Latham tried to force the pace against him with a sweep shot and was trapped in front for 7.

Then he did his thing at his preferred backward point position; swooping in to gather the ball cleanly and affecting a direct throw at the striker’s end while still in motion to catch Neesham short.

Jadeja finished his spell with 10-0-35-1, conceding only two boundaries in 60 balls. It marked a strong comeback from him after the previous match, in which he leaked 64 runs as the New Zealand batsmen were prolific with the sweep. 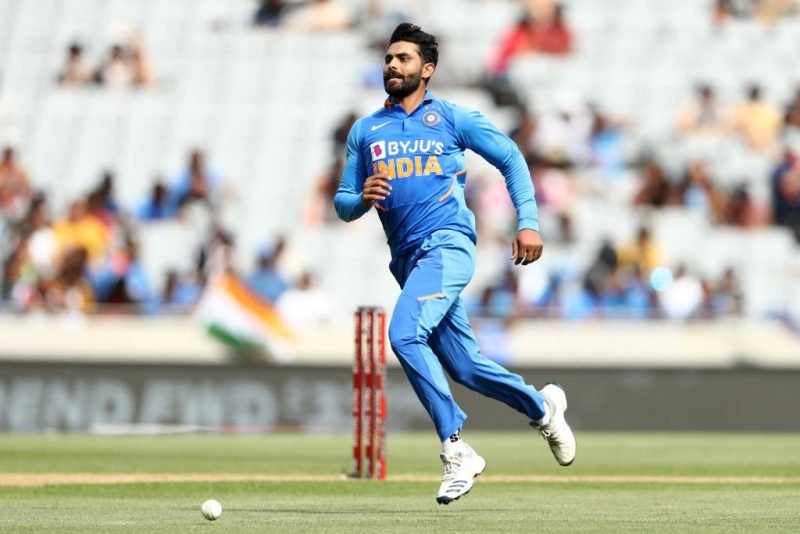 There is a school of thought that believes India should field two wrist-spinners in Chahal and Kuldeep Yadav at the expense of Jadeja. The argument is that they pose the best chance of running through sides; wrist-spin, after all, generates more purchase, especially on flat surfaces. But wrist-spin is a difficult art to master and even the most experienced operators remain more prone to bad days than trusty finger-spinners.

To their credit, Chahal and Kuldeep have managed to maintain an economy rate of only a touch over 5 compared to Jadeja’s 4.91. But Jadeja has the added advantage of being arguably the best fielder in the Indian side, with a rocket-arm that should come with the disclaimer ‘run at your own peril’. He is also a useful batsman. There might be valid arguments to play the so-called ‘KulCha’, but the fascination with wrist-spin shouldn’t, in itself, be reason to undermine the all-round dynamite that is Jadeja.

The Indian management, of course, knows that all too well. Apart from Shreyas Iyer and skipper Virat Kohli, only Jadeja has played all their games since the World Cup semi-final loss. For someone who fell out of favour after the 2017 Champions Trophy loss and began that 2019 tournament with a point to prove that he was more than a “bits and pieces” player, this shows just how valuable he’s become.