Prithvi Shaw and Mayank Agarwal made history against New Zealand on Wednesday, becoming the first pair to register a fifty-run opening stand for India on debut.

Agarwal, who came in for the injured Rohit Sharma, looked impressive during his 31-ball 32.  The right-hander hit six fours in his stay at the crease, building a good partnership with Shaw. His partner, who was drafted into the original squad as an injury replacement for Shikhar Dhawan, scored a 21-ball 20. Despite the swing on offer, they reached a brisk 50 in the eighth over.

While theirs is still only a sample size of one at this level, it did offer a tantalising glimpse into the future of India’s top order.

New Zealand have opted to bowl in the first #NZvIND ODI in Hamilton.

Agarwal and Shaw, two of the most celebrated talents in India, have opened for India A regularly. They smashed a 221-run opening stand against Leicestershire back in 2018, where Shaw smashed 132 in 90 balls, while Agarwal registered a 106-ball 151.

While the duo couldn’t build on their starts on ODI debut, their performance was solid. India, who rely heavily on their prolific opening duo of Rohit and Dhawan, require a strong start in white-ball cricket. The young pair rose to the challenge, delivering a fifty-run partnership at Seddon Park.

However, if they have to stake their claim to be a regular in the squad ahead of the 2023 World Cup, they will need more emphatic numbers. With Rohit and Dhawan returning soon and KL Rahul still somewhat in the opening mix, opportunities will not be plenty in the Indian top order. Good performances in the remaining two ODIs will only be a start. 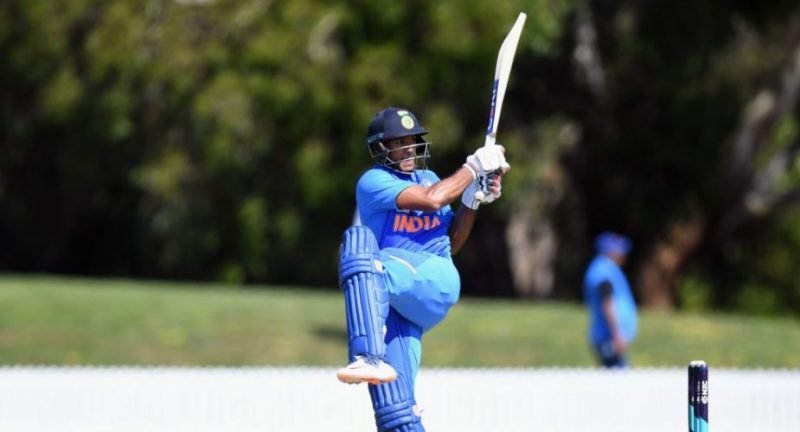 Agarwal has ensured a flow of big scores to cement his place in the Test side. His sights will next be on doing the same in the ODI side. The 28-year-old’s List A record is slightly better than his first-class numbers: He averages 49.37 in List A cricket as opposed to 48.97 in first-class, and has 13 centuries compared to 11.

Meanwhile, Shaw’s journey, once on the fast track, has endured several interruptions. The 20-year-old, who started his international career with a Player of the Series award against West Indies, has not played for India since. He got injured in the build-up to the Australia Tests, and was then banned for eight months for a doping violation. He returns to the Indian unit after a string of strong performances in domestic and India A cricket.

Related Story: The eight Indians who have made a List A double century

In 2023, Dhawan will be 37 and Rohit 35. While form hasn’t been a concern for either of them so far, their age offers a window to their challengers for the openers’ slot. If Shaw and Agarwal put on more solid performances when they do get the chance, at least one of them is in with a good shout.