Manish Pandey had to wait a long time to get a significant chance to bat time, as he did in the fourth T20I against New Zealand was a long time coming. Akshay Gopalakrishnan explains how he made it count.

Few cricketers have had to embrace the virtue of patience quite like Manish Pandey.

That the right-hander can not only bat, but be a match-winner for any side he represents, has long been well-established. For the uninitiated, Pandey is a valued asset at the Indian Premier League, which introduced his talents to the world. He has routinely put in clutch performances for India A, for whom he averages a tick under 50, and has been a monster in domestic cricket for Karnataka, who won the 2014/15 Ranji Trophy title and have reached the knockouts in each of the last three seasons.

But such performances are relatively commonplace in India, and despite the promise, Pandey’s returns haven’t translated into a flourishing international career. He gave a glowing account of his temperament and ability to soak up pressure with an unbeaten century in just his fifth international outing, against Australia at the Sydney Cricket Ground in 2016 to avert an ODI whitewash. It was the knock that seemed to confirm the arrival of a major talent, but since then, he has hit one roadblock after the other, plagued either by loss of form or injury. 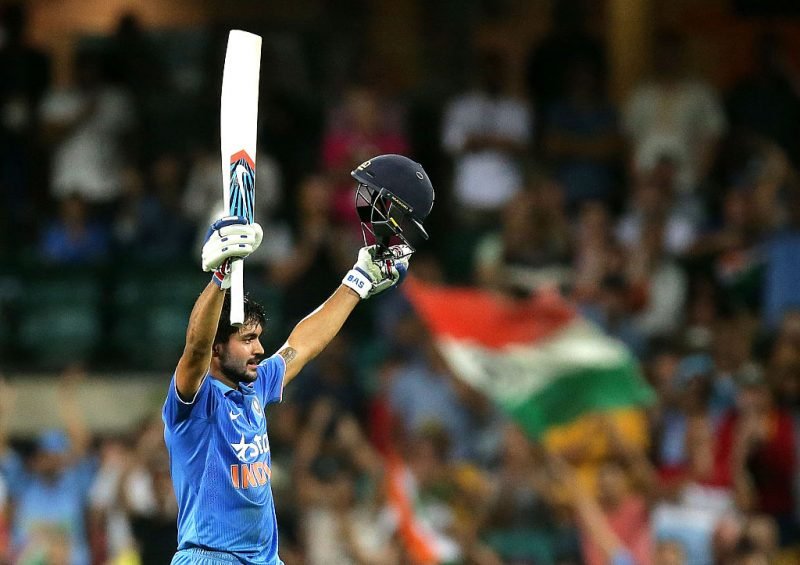 Once the hipster’s choice to nail down India’s long-contentious No.4 spot, Pandey is yet to pass 50 in ODIs since that maiden hundred, and with other options abounding, he fell down the queue in the lead-up to the 2019 World Cup in England.

In between, he endured a torrid 2018 IPL, averaging 25.81 and scoring slowly throughout, and after a tour of England that added just two caps against Ireland to his ledger, Pandey had had enough, choosing to take a brief break from the game to “switch off” and “get mentally fresh”.

Since returning he’s been a player, if not transformed, then at least back somewhere near his best. A month after his nine-month layoff from international cricket began, Pandey was named captain of his state team across formats. He responded by playing starring roles in Karnataka’s dual triumphs, in the 50-over Vijay Hazare Trophy and the 20-over Syed Mushtaq Ali Trophy, in 2019-20. 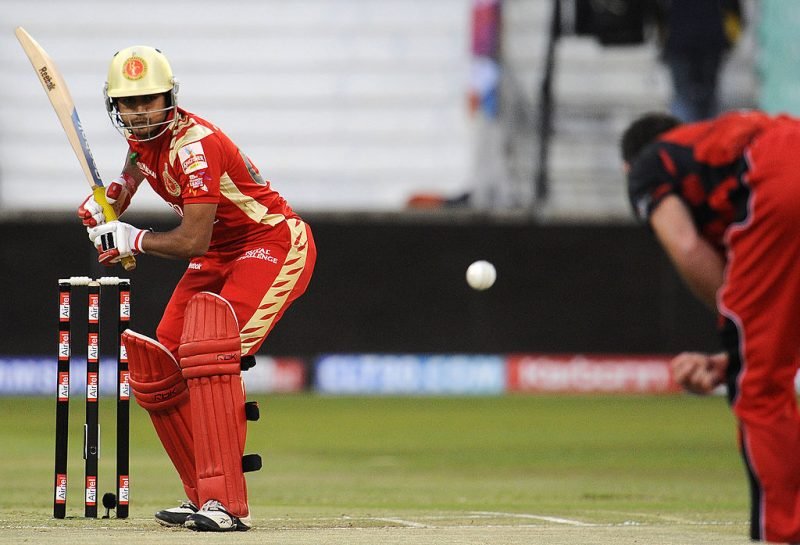 Manish Pandey has been a valuable IPL player across the seasons

Those performances, and injuries to India’s batting core, led to a recall during the West Indies T20Is in August last year. But India’s top-heavy line-up has consigned him to limited opportunities and minor cameos, as demonstrated by his six not outs in nine innings following his return to the side.

That changed in the fourth T20I against New Zealand, when Pandey faced his toughest challenge since returning, with India having conceded a strong position, stumbling from 48-1 in the fourth over to 75-4. But in crisis there is also opportunity to impress, and the stage was set for Pandey to do his thing.

Now, there was no question of limited time. There was no having to go at it from ball one, as has often been the requirement when Pandey has walked out to bat. This was the time for consolidation. A time for reconstructing a fallen innings. Pandey had all the time he needed to make an impact.

Two wickets inside his first three overs at the crease meant the task was already harder. With a little under half the innings left, New Zealand had given themselves a shot at India’s tail. Now, the onus was on Pandey to bat around the lower-order batsmen and rally the team. 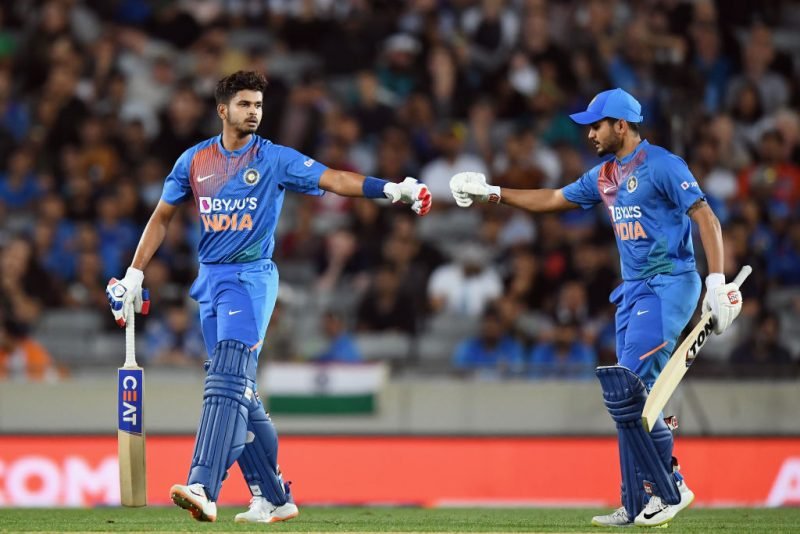 Pandey is the kind of player that likes to get his eye in. Once that box is ticked, he has all the strokes at his disposal to make it count. On Monday, not only did Pandey face a situation that was conducive to that style, but one that demanded it.

This was as hard a grind as you get in a T20 game. His unbeaten 50 had just three fours; the rest were earned painstakingly, through smart wristwork, full-blooded sprints, and plenty of dives. For a man considered one of the most athletic in this Indian side, this was a supreme test of that ability.

With New Zealand having rectified some of their earlier lapses in line and length, and with the fielding unit having lifted itself from the slight drop in its lofty standards in the first two games, Pandey’s constant strike rotation – at no point did he consume more than two successive dot balls – saved India from stagnation. In many ways, Pandey’s innings on Monday was a throwback to the very approach to T20 cricket that India have tried to shed this season. But in this instance it was exactly what they needed.

When New Zealand’s bowlers didn’t offer room, Pandey responded by moving around the stumps, and on the occasions he did get some width, he put his wrists to good use to pick the gaps. These adjustments were especially handy against the loopy Mitchell Santner and Ish Sodhi. By making an effort to get behind the line of the ball or deftly working it when presented with width, Pandey put himself in a position where he could minimise miscued strokes. 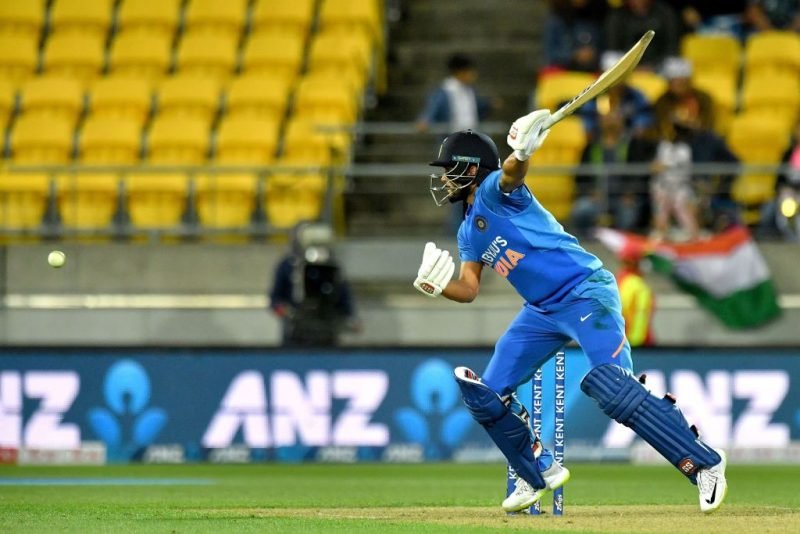 Pandey had to wait 24 balls for his first boundary, which was once again manufactured by getting inside the line to make room and playing the ball late to pierce point. That Shardul Thakur was scoring fluently at the other end, reeling off timely boundaries, only aided Pandey’s cause, as he could now turn the strike over without fear and share the burden of scoring.

By the time he was done, Pandey had contributed 50 vital runs. It shored up India’s total to 165 and gave their bowlers a shot at making a game out of it. Once again Pandey also finished not out for the seventh time in his last eight outings, but this time he had helped provide the bulk of the total rather than just the finishing touches.

Though not a flawless performance by any means, Pandey’s innings developed organically, and as it grew, so did his confidence. Look no further than the shot he played on the fourth ball of the 17th over. With Hamish Bennett pitching short, Pandey cleared his front foot and slapped the ball over the bowler’s head, wide of mid-on. It was a characteristic Pandey shot in every sense: struck with a flat bat, a pull straight down the ground of sorts. More tennis than cricket. It was a sign that he was in his element.

There’s a danger that Pandey’s contribution will be overshadowed by the drama that unfolded, as New Zealand imploded again and the match bled into a super over for the second successive time. Virat Kohli hit the winning runs. Shardul Thakur was named Player of the Match for his handy cameo and excellent last over. But for a man who has had to wait a long time to make himself relevant in this Indian side again, Manish Pandey had one chance to make his case. And he made the most of it.