Joe Root’s dismissal on the final day of England’s first Test against New Zealand once again raised questions of whether he is being best utilised by being asked to captain the side, as well as being its premier batsman.

The shot showed signs of a scrambled mind. The ball from Colin de Grandhomme was short and wide, the kind an uncluttered Root would happily cut through point or ride down to third man. But here he seemed caught in two minds, as if remembering at the last moment that England were trying to save a game and attempting to embrace a new, more attritional approach, and instead tapped it tamely into the hands of Tom Latham at backward point.

His score of 11 took his average as skipper below 40 for the first time since he took up the role. When compared to his average of 52.80 under Alastair Cook’s stewardship, and when also taking into consideration his average of 27.40 this year, it is hard to avoid the conclusion that the burden of leadership is stripping England of the best years of the most accomplished batsman they have produced since the Second World War.

A shot that shows muddled thinking?pic.twitter.com/jrGQe7xSQu

Further highlighting his Test batting woes is continued prolificacy in coloured clothing for England. With two World Cup centuries, this year he has cemented his status as one of the best ODI players England have ever had, and his clear-headed approach demonstrates how good he can be when alleviated of the burden of captaincy.

He has hardly been a leader to inspire his side in other ways either. His mishandling of Jofra Archer at Mount Maunganui was only the latest of example of Root struggling to balance his bowlers’ workloads effectively, and his side’s profligacy with the bat and failure to stick to a single approach with the ball has also been cause for concern.

Though Ashley Giles, the ECB’s managing director of England Men’s cricket has backed Root to continue in his role until the 2021/22 Ashes, his justification has been less than convincing. “I’m not sure what else you expect me to say,” he said on Sky Sports Cricket during lunch on day four. “We think Joe is the right man for the job but there is a lot of pressure in this and anyone’s circumstances can change.” 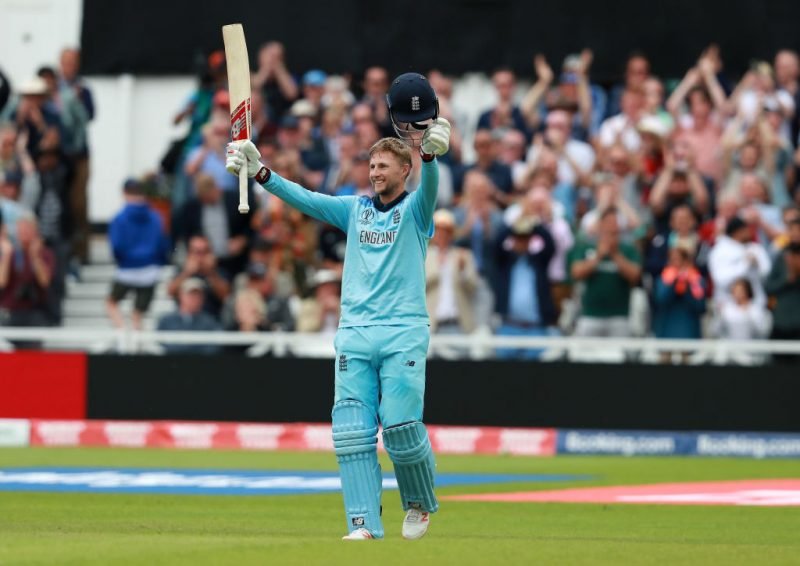 Significantly, between now and then, England will travel to India to play a five-Test series. Virat Kohli’s side have registered a world-record four consecutive innings victories in their last four Tests; they might just be the most dominant team in home conditions there has ever been, and it’s not hyperbolic pessimism to suggest England will do well to escape losing by an innings at any point. Should a significant ignominy transpire, which seems likely unless England significantly overperform, it is hard to see how Root will be able to continue as captain afterwards.

Still, none of that is to say that England need to axe Root immediately. He has shown an admirable ability to keep his side together following a humiliation, and there is no standout to replace him in the short term. Even if it is fanciful in the extreme to expect him to lead England out at the Gabba in 2021, he might still be the man for right now. 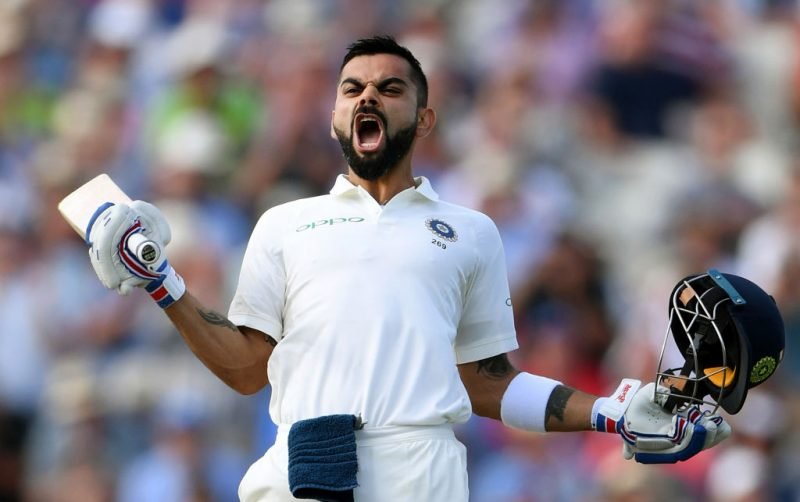 There are, however, viable alternatives, and whether one of those should take over is a choice that needs to be made on balance and taking all aspects into consideration: what is best for Root, the England team, and with short-term challenges in South Africa and Sri Lanka in mind as well as long-term headline clashes with India and Australia. Here’s a look at the potential candidates England could choose.

There is much to like about the idea of Stuart Broad taking up the role of Test captain, even if only until a long-term successor is ready to take back over. While England only won 11 of his 27 games as T20I captain, on a Test pitch he has often seemed a de-facto skipper, and has plenty of experience accrued in his 132-Test career.

His long and lustrous Test career could also take some of the prestige out of the role, which would be a good thing. Broad’s legacy is secure, which might reduce the pressure on him, and it’s easy to imagine him approaching the role with a light touch, potentially invaluable in helping to get rid of any lingering miasma.

Counting against Broad is that he’s a bowler, traditionally not considered for captaincy roles, and also not always first choice. When England travel to Sri Lanka, you’d expect him not to play. But perhaps that needn’t be a bad thing; indeed, it could be a positive. A future captaincy candidate could get some valuable experience without the attention that comes with being named England’s full-time Test captain.

The argument for James Anderson is largely the same as for Broad, except he is perhaps slightly less naturally suited to the role. But when the pair are on the field together they would surely lead in tandem, and with Anderson more likely to be first choice in all conditions, his appointment might give some more certainty in these febrile times. Anderson’s recent injury record however makes Broad the more attractive candidate.

Ben Stokes is not just England’s best player, he might well be their best batsman, and can obviously be completely sure of his place in the side. Throughout the World Cup and the Ashes he showed that high-pressure situations get the best out of him, but England should by now know the perils of overburdening their best, most important cricketers. Stokes’ all-conquering summer makes it easy to forget that he hasn’t been in form with the bat for that long. From his return to the Test side in 2018 up until the start of the 2019 Ashes, he averaged just 28.92. 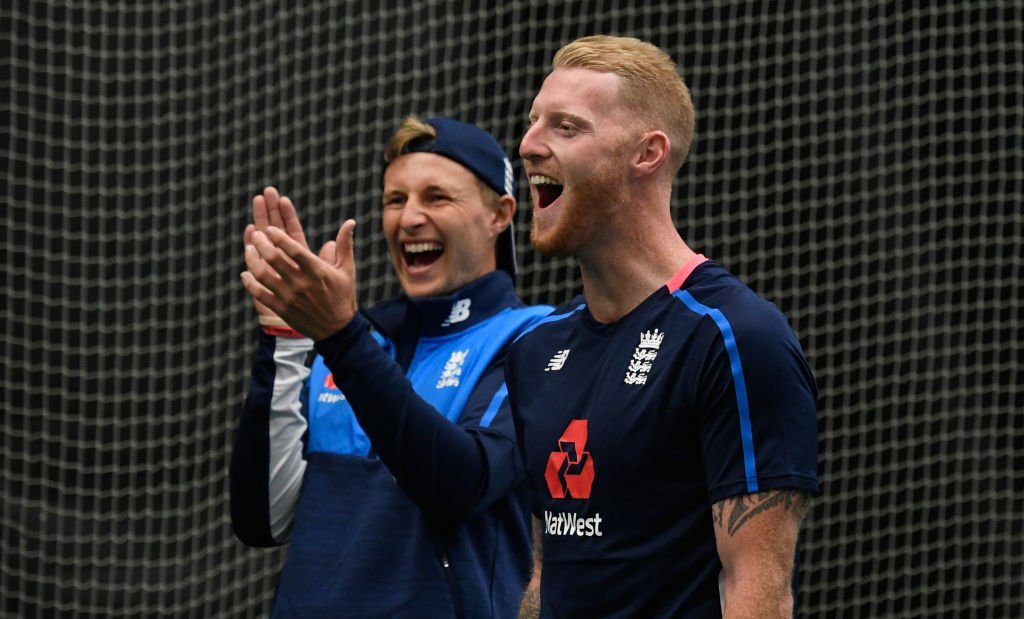 Could Joe Root’s vice-captain Ben Stokes step up to the top job?

He is already a galvanising leader of men, though is perhaps more suited to vice-captaincy than being the head boy, as were Andrew Flintoff and Ian Botham before him. Perhaps most concerning is his injury track record. It’s one thing to plan on having someone to deputise, but quite another to have someone thrown into the role at short notice.

Jos Buttler has acquitted himself well when asked to stand in for Eoin Morgan as England’s ODI skipper and is rated as having a good cricket brain. It might be that right now isn’t quite the right time for him however. While he has scored more runs than any other Englishman since his recall to the side, he can’t yet be entirely sure of his place, and is still working out his Test method, with his first-class opportunities limited by his status as an IPL superstar.

Rory Burns is another who, after a prolific winter, might be able to take up the job, but for whom it would be unfair to ask to take up the role now. Having perhaps finally found an opener after seven years of searching, it would be foolhardy to immediately risk him with a premature promotion. 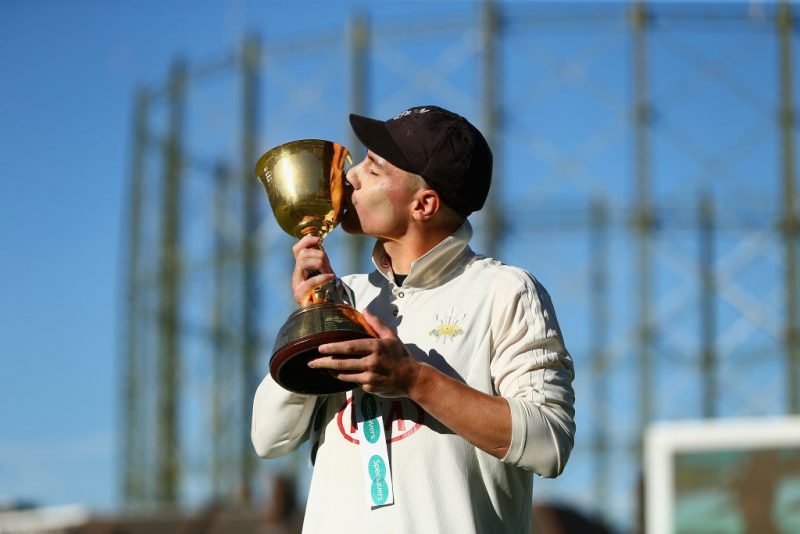 Rory Burns has had success as Surrey captain

While South Africa’s Graeme Smith shows that an unorthodox inexperienced left-hander can have immediate and extended success after being thrust into the captaincy, it would be optimistic to expect Burns to do the same. Still, having led Surrey to the County Championship title in 2018, his captaincy credentials are established.

It’s tempting to imagine England’s ice-cool white-ball skipper could have a Mike Brearley-like impact in Test cricket, picked as a specialist captain with any batting exploits a bonus. Deemed inadequate at the time, his Test average of 30.43 and two centuries compares favourably with many current contenders, though it would be incredibly harsh on Ollie Pope, the most likely to miss out if England were to plump for Morgan.

Apart from how ridiculous it would be when you actually think about it, it is his actual lack of first-class leadership experience that should discount him; he has only ever lead in four first-class games, with the last coming in 2012. Hardly the CV of a specialist skipper.

A man can dream…