A 193-run sixth-wicket stand between Joe Root and Ollie Pope helped put England into a position where they could potentially force an unlikely series-levelling victory on day four in Hamilton.

Described by Michael Atherton as “the master batting with his apprentice”, the Root and Pope stand was England’s highest sixth-wicket partnership since Ben Stokes and Jonny Bairstow’s world record effort at Cape Town nearly four years ago, their third-highest this century and 10th highest of all time. The partnership is also the highest for the sixth wicket in Test cricket this year.

For Root, whose captaincy credentials were called into question following England’s innings defeat in the first Test, it was an emphatic return to form. His 226 came off 441 deliveries, making it his longest Test innings in terms of balls faced. It was also the slowest an England batsman has reached 200 in 45 years – since Dennis Amiss’ nine and a half hour vigil against West Indies in Kingston. Root’s 226 was also his highest score since his appointment as Test captain in early 2017. 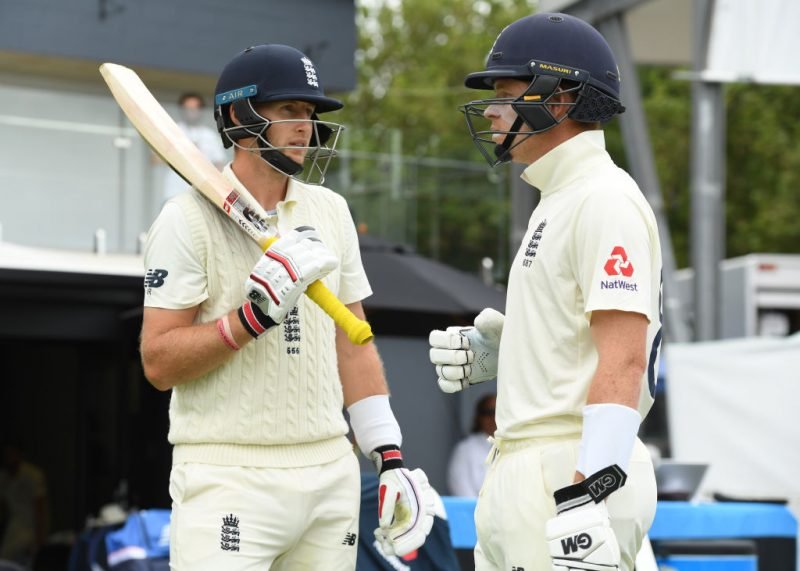 Root’s double century was not only his first as captain and his first away from home but it was also the first from any visiting skipper in a Test match on New Zealand soil. Only Wally Hammond (seven), Alastair Cook (five) and Len Hutton (four) have more double hundreds for England than Root.

In reaching three figures, Root joined Virat Kohli in becoming the only two batsmen to have scored multiple Test hundreds in every calendar year since 2013.

Root also moved past Hammond into 10th place on the all-time leading runscorers’ list for England in Test cricket. No English batsman has scored score more Test runs than Root at an average higher than his 48.54. Now on 7,282 Test match runs, Root has Colin Cowdrey (7,624) next in his sights. It would take an extraordinary downturn in form or injury for Root not to catch Graham Gooch (8,900) and end his career as at least England’s second-leading runscorer in Test cricket. Overtaking Cook, who sits on top of the pile with 12,472, will not be quite as straightforward.

While his partner Pope didn’t manage to reach three figures – he fell selflessly in search of quick runs on 75 – he entered impressive company in registering his maiden half-century. Only Cook, David Gower, Haseeb Hameed and J.W. Hearne have scored more in an innings away from home for England under the age of 22. Impressively, his 202-ball stay at the crease was the longest in terms of deliveries faced by an English number seven since Moeen Ali’s 155* against Sri Lanka at Chester-le-Street in 2016.