It’s only natural that the latest hopeful plucked from county cricket and asked to open the batting in a Test match for England will be greeted with a degree of scepticism. If, as appears certain, Dom Sibley is selected to partner Rory Burns in the first Test against New Zealand this week, the Warwickshire right-hander will become the 17th batsman selected to open for England since Andrew Strauss’ retirement in August 2012. Of those, only Alastair Cook and Burns have filled the role for 12 or more consecutive matches, and only Cook and Joe Root average more than 32. In short, the omens are not good.

Most of those to have fallen by the wayside came into the team boasting prolific form as an opener in domestic cricket and yet, for one reason or another, they were swiftly discarded by the selectors. So why should Sibley be any different?

Not bad first days on the job for Dom Sibley and Zak Crawley ? pic.twitter.com/TGw2UOpFbk

There were words of encouragement last week from an uncharacteristically effusive James Anderson, who’d bowled at Sibley in the nets at Loughborough before he flew out to New Zealand. “I bowled at him in a one-day game this year but this was the first time I’ve properly bowled at him with a red ball and he was like a mirror image of Alastair Cook,” said Anderson on The Tuffers and Vaughan Cricket Show. “The way he sets up, the way he looks to play, his scoring areas – it’s very similar.”

Anderson, who will have become fed up of seeing England’s top order fold like a pack of cards, giving the 37-year-old’s body precious little time to recover before strapping his boots on again, welcomed the prospect of a more conservative opener prepared to bat for the long haul.

England’s new head coach Chris Silverwood has also emphasised the need to build a “batting group that can bat long periods of time”. In Burns and Sibley, England now have the two best candidates from county cricket to do that.

Sibley faced 3,024 deliveries in the 2019 County Championship season, that’s 1,009 more than his nearest rival (Alastair Cook) and only the third time this decade that a batsman has faced more than 3,000 in a season (Jimmy Adams in 2010 and Haseeb Hameed in 2016 being the others). Among the 39 players to score 700 runs or more in the campaign, Sibley’s strike rate of 43.78 was the third lowest.

His batting style led Ashley Giles, who was Sibley’s boss at Warwickshire before becoming managing director of England men’s cricket, to concede the 24-year-old is “not the prettiest on the eye”. 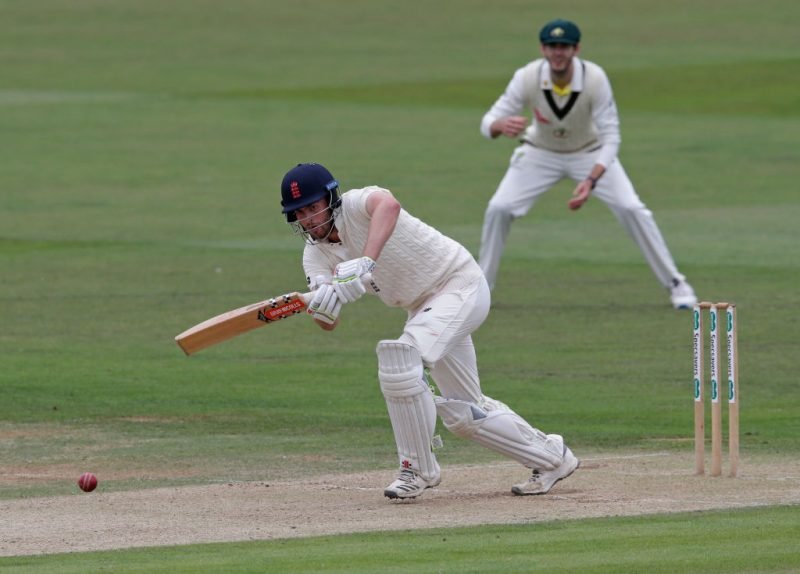 “I saw those comments!” says Sibley in mock outrage, in an exclusive interview from the latest issue of Wisden Cricket Monthly. “I think I look like Ian Bell sometimes… I know that at times I’m not going to be the most aesthetically pleasing player, and I do play some interesting shots, but it’s not about how you look, it’s about how many you get. At times that gets forgotten and you get too sucked into how you look. I must say, this summer I felt quite a lot of support about the way I play.”

Sibley has had a reputation for scoring big hundreds since his early teens and famously made 242 in just his third first-class appearance, batting for almost 10 hours against Yorkshire at The Oval to become, aged 18, the youngest player to score a double century in the history of the County Championship.

It took Sibley five years, which included an acrimonious switch from Surrey to Warwickshire in 2017, before he notched a second Championship hundred, and he admits some complacency crept into his game.

“I didn’t really live up to the hype,” he says. “As a young lad sometimes when you have that big success you can go one of two ways and I think I didn’t work as hard technically as I should have. I thought maybe I’d cracked it. Hindsight’s always a great thing.” 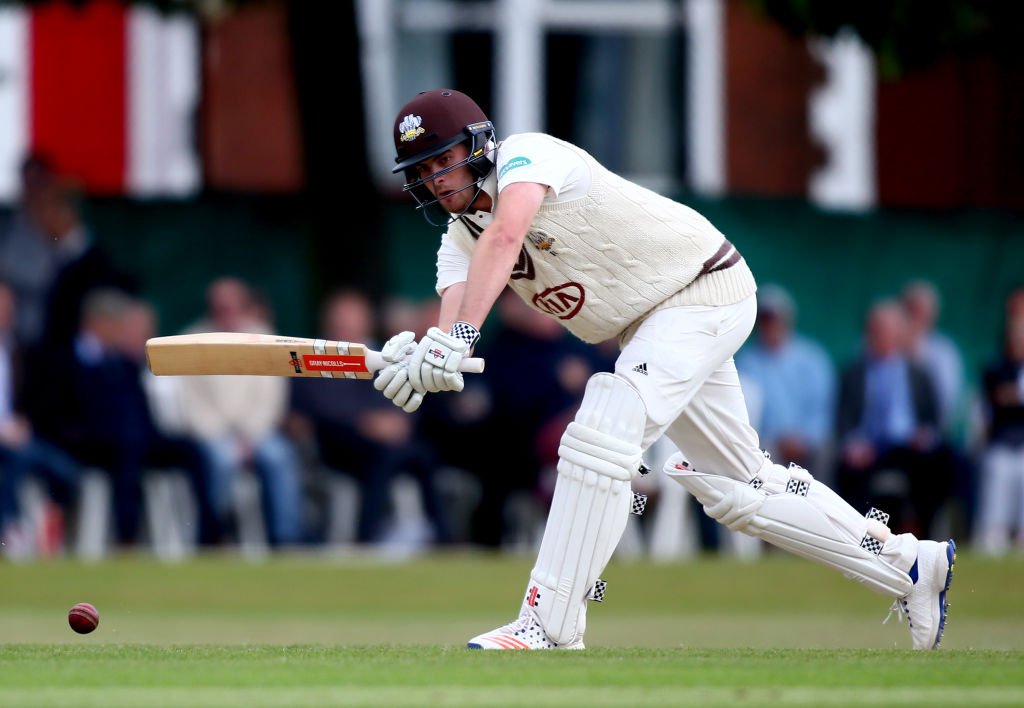 Sibley made a slow start to life at Warwickshire and was on the verge of getting dropped at one stage but he hit a purple patch at the back-end of the 2018 season which has rolled on and on. Ahead of the New Zealand tour he had scored 1,998 runs in his last 18 first-class matches at an average of 76.46, with nine hundreds. He continued that form in England’s tour opener, hitting another century, before a rare failure against New Zealand A.

Sibley name-checks three coaches who have helped inspire this form: Noddy Holder – the hugely respected Australian who helped fine-tune both his and Zak Crawley’s techniques in Perth a couple of winters back– Warwickshire batting coach Tony Frost, and Gary Palmer, a freelance batting guru who has worked with Cook and Ian Bell in the past. But he credits a former Warwickshire teammate for sparking the most significant change.

“I remember I had a chat with Trotty [Jonathan Trott] last year. He said that for a tall lad I was standing real narrow, and so I had a little think about it. I was falling over a little bit too much so I thought, ‘Something needs to change here’. I stood a bit wider, and a bit more open, so that if I was going to fall over, I was going to fall down the ground, if that makes sense. It’s worked well and I haven’t really looked back since then. Trotty was the person who identified that weakness.”

Sibley can expect many of the usual back-handed compliments reserved for defensive-minded batsmen as he embarks on his Test career: ‘gritty’, ‘dogged’, ‘getting the most out of his ability’. But then they never did Sir Alastair Cook any harm. And besides, in this era of dashers and ever-decreasing attention spans, there’s something counter-intuitively kind of cool about blocking the hell out of it. 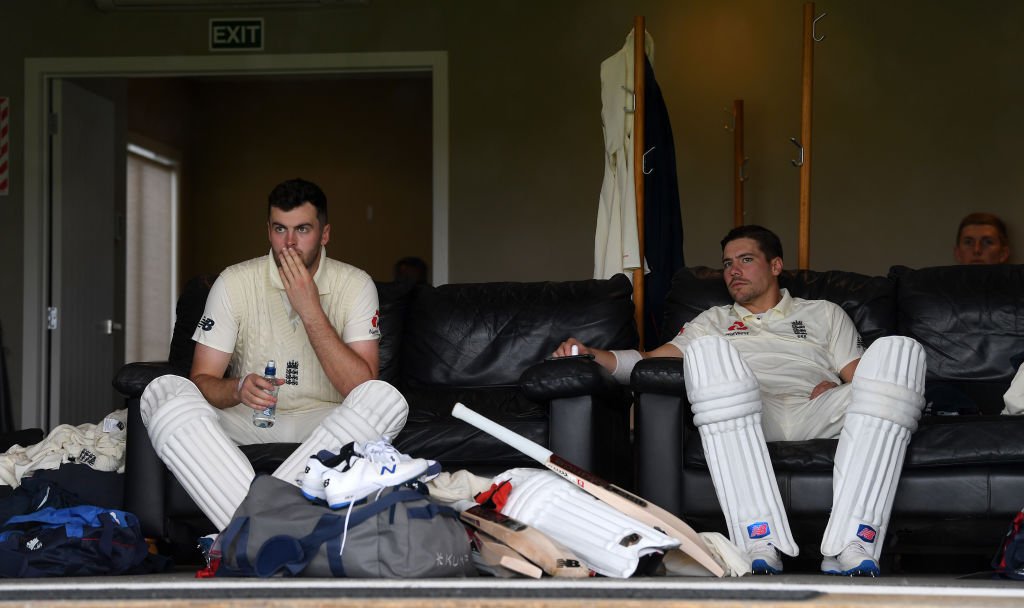 There was evidence of that this summer, with the respect afforded to Burns – another who most would place in the ‘not-the-prettiest-on-the-eye’ category – for digging himself out of a rut and batting with great skill and patience against a formidable Australian attack in testing conditions. Only Steve Smith faced more balls in the series.

Burns was playing when Sibley made his Second XI Championship bow for Surrey in 2011 and two years later they opened together on Sibley’s first-class debut. The two remain close friends and Sibley is full of admiration for what his former county teammate achieved this summer.

“We were playing a T20 at Trent Bridge and the Edgbaston Test was on the TV,” he says. “The lads were getting together to warm up but Burnsy was on 99 and I was itching to see him get his hundred. It made me proud of him and it does make you think.”

Sibley will have the opportunity to put those thoughts into action in New Zealand, and to prove that he is more than just the next cab off the rank.