The qualifiers for the World Test Championship final are now confirmed with India completing a 3-1 series win over England, with the top four of the WTC standings established.

India have topped the table with New Zealand in second place, meaning those two sides will meet in the WTC final at Lord’s in June.

Australia have finished third. A win for England in the final Test against India would have seen Australia end up in second place, but Virat Kohli’s side won out. After losing the first Test of the series, they bounced back with three wins on the bounce, finishing off with a comprehensive innings victory at Ahmedabad.

The top four sides ended up separated by just over 10 PCT (points won per points contested) with nearly 20 PCT separating England in fourth and Pakistan in fifth, illustrating the gap between the best Test teams in the world and the rest. The top four is the same as that which qualified for the semi-finals of the 2019 Cricket World Cup, the global tournament which preceded the World Test Championship.

There is one WTC series left to play, with West Indies due to take on Sri Lanka later this month.

Check out the latest World Test Championship table below: 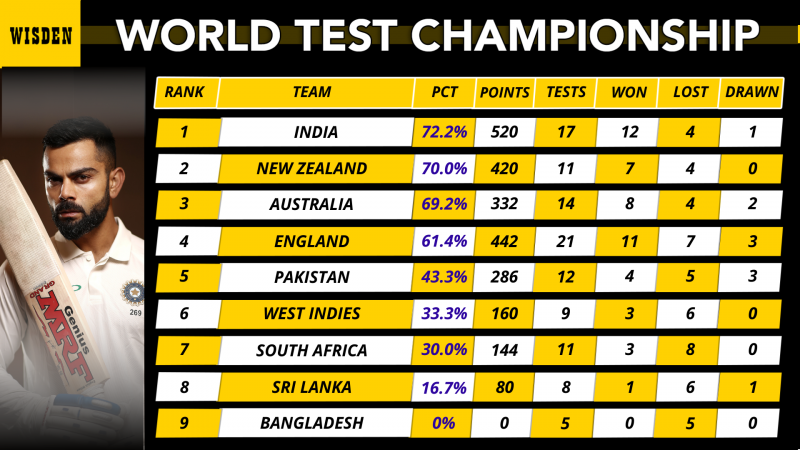