India take on England in the third Test, a pink ball day/night Test, of the four-match series at Motera in Ahemdabad from February 24. Here are some insights for the India v England Dream11 fantasy.

James Anderson was really good in Chennai on a fifth day wicket, and armed with a pink ball could be extremely dangerous, but Jofra Archer isn’t a huge step down and given that he comes at 0.5 credits cheaper, Archer over Anderson makes sense to better balance the rest of the line-up.

With the pink ball expected to favour bowlers more, it’s ideal to go with the extra bowler or all-round option Axar Patel offers. As such, there’s less room for the extra batsman and with Virat Kohli and Joe Root sure-shot picks, you might have to choose between Gill and Rohit. While Rohit was brilliant in Chennai, there are still question marks on his effectiveness against the moving ball, whereas Gill looks ready to play a big one after quite a few starts. 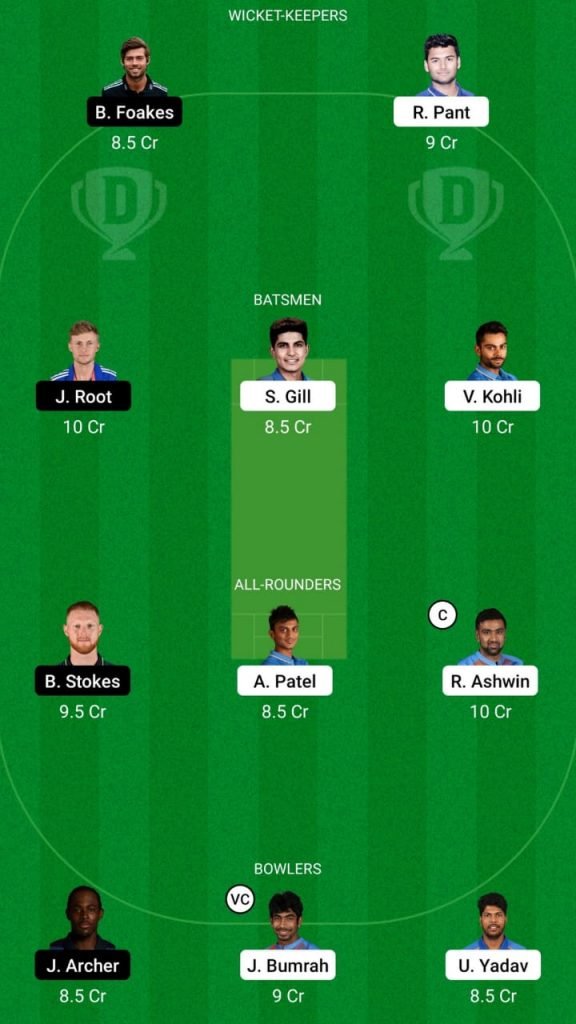