After receiving his maiden England call-up for the ODI series against Sri Lanka, George Garton speaks to Wisden Cricket Monthly magazine editor Jo Harman about the airport mishap which put the brakes on his career, paintballing with Joe Root, and receiving a surprise call from Chris Silverwood.

George Garton’s most vivid memory of his first experience with the England squad is getting pelted by paintballs. Aged 20, and with just nine first-class appearances under his belt, the Sussex left-arm quick was a surprise addition to the 2017/18 Ashes tour party, diverted from an England Lions training camp to provide cover for the injured Jake Ball.

“One of my first memories is landing at about 9 o’clock at night, waking up at 8am and going paintballing with the squad before I’d met everyone,” Garton tells Wisden.com. “I remember me and Tom Curran had a good stand-off, and Rooty [Joe Root] was running at everyone, not caring about getting hit. I have lots of fond memories from that time and it helped my cricket a lot, both on and off the pitch.”

There was never any realistic chance of Garton featuring in the series, but he received positive feedback from Trevor Bayliss and was touted as one of England’s most exciting fast-bowling prospects, his ability to reach speeds in excess of 90mph putting him firmly on the selectors’ radar. However, a freak accident at Los Angeles airport following his departure from Australia stopped him in his tracks.

“I was heading to Jamaica from Australia for a Lions tour, my first flight had been delayed and I had about 10 minutes to get from one plane to another, otherwise I’d be stuck at LA airport for 21 hours. So I ran to the luggage carousel and pulled my cricket coffin off the belt, which probably weighed 28-30kg. As I yanked it, I tore one of the muscles in my side. In the two years that followed I tore my side four times. It was a tough couple of years.” 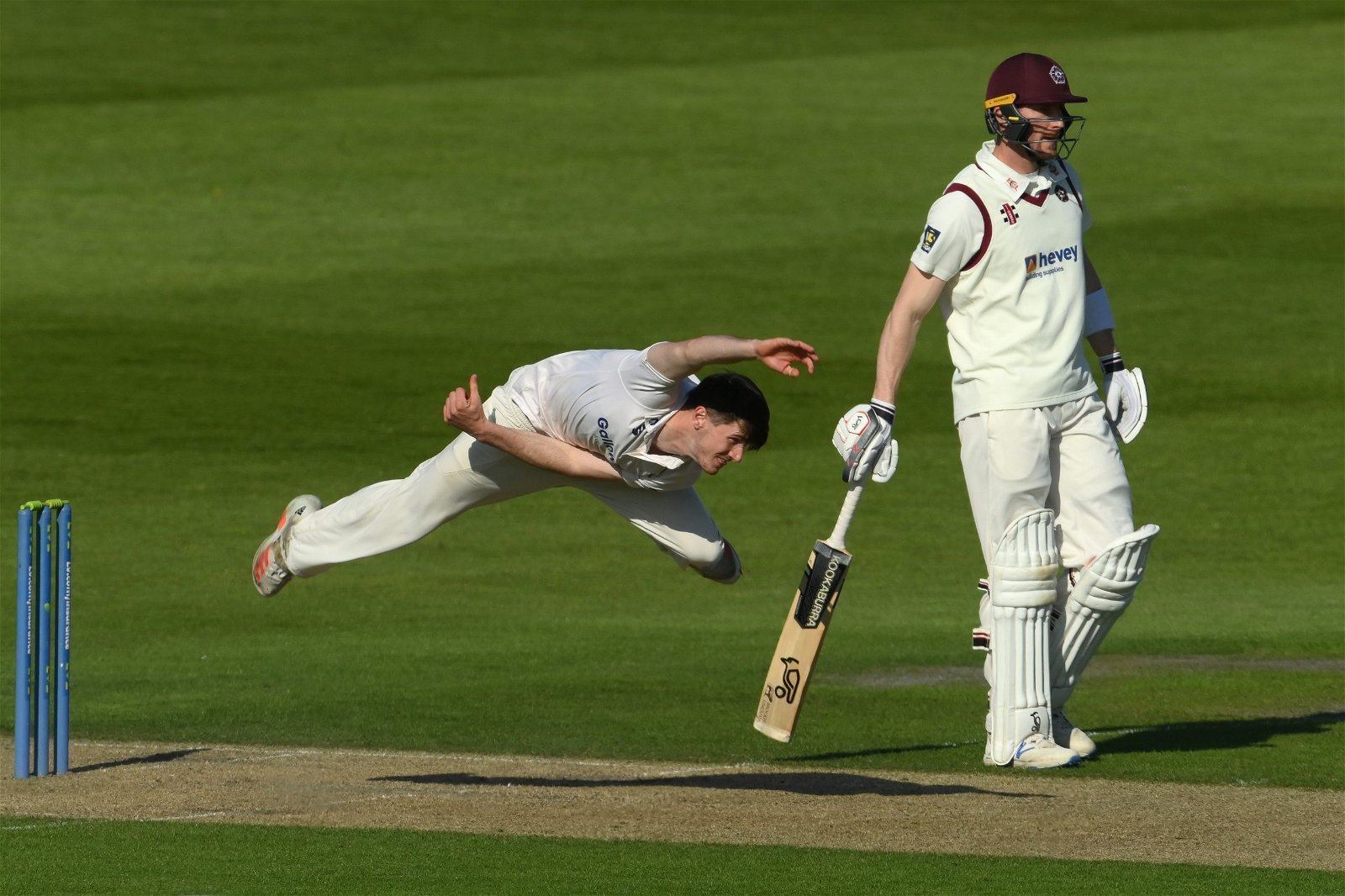 George Garton’s bowling action is really quite something

Garton made just four first-class appearances over the next two summers, and it wasn’t until last season that he was able to start showing why the England set-up held him in such high regard. With Ollie Robinson spending most of his time in the England bubble, Garton led an inexperienced Sussex attack impressively in red-ball cricket, claiming a maiden five-wicket haul against Essex which included the scalps of Alastair Cook and Dan Lawrence, but it is in T20 that he has particularly excelled.

Since the start of last summer’s Blast, Garton has taken 22 T20 wickets at an average of 15.32 with an economy of 7.33, while also demonstrating his ability to clear the ropes from the lower order. His form led to an unexpected phone call from Chris Silverwood, who informed him that he’d been selected for England’s ODI series against Sri Lanka. “I didn’t have it on my radar,” says Garton, who was born in Brighton and counts former Sussex left-armer Jason Lewry among his inspirations. “I was just concentrating on Sussex this year. It was certainly a nice surprise to get the call.”

While it’s the 50-over squad that he’s initially been picked for, it raises the prospect of Garton staking a late claim for England’s T20 World Cup squad. His express pace, change of angle as a left-armer and fast-improving batting certainly make him an intriguing option, and he’ll have further opportunities to press his case – for global T20 franchises as well as England – when he turns out for Southern Brave in The Hundred.

“It’s a really good opportunity. All the games are televised and lads from any county are suddenly in the spotlight. There’ll certainly be international interest, and you’ve got IPL coaches coaching the teams. It gives a lot of county cricketers the platform to move their game forward and get in the spotlight where they might not have had the chance before.

“I’m still relatively raw. I’m learning my craft and learning my game, working really hard with James Kirtley and Sals [Ian Salisbury] to add strings to my bow and different dimensions to my bowling, especially in conditions where pace isn’t always needed. I’ve had probably one of the best in the country to learn off with CJ [Chris Jordan] standing at mid-on. It’s not so much skill, it’s more mentally knowing what to bowl at the right time and reading a batter and reading a situation, which CJ is brilliant at.

“When I first started playing I was always bowling in the middle of an innings and just told to fly in, whereas now I’ve got more responsibility with the new ball, through the middle, and at the death.”

Still only 24, Garton’s career has been a slow burner following his early elevation to the England set-up. Now, suddenly, it feels like things might be about to catch fire.