Few bowlers have ever dominated a batsman as comprehensively as Stuart Broad did David Warner in the 2019 Ashes series.

The Englishman dismissed the Australian seven times in 10 innings as the opener managed a mere 95 runs, only passing 11 once. It was a remarkable contrast from the left-hander’s previous efforts against England, with Warner averaging 55.28 in 15 Ashes Tests between the end of the 2013 Ashes and the start of the 2019 series, with three hundreds and 10 fifties, and Broad had previously found bowling at him a challenge.

“The Warner one was an interesting one because he’s such a dangerous player, and I think he’s one of the best third-innings opening batsmen in the world, where he comes in and takes the game away from you if Australia have got a lead and he’s playing positively,” he said on the Sky Sports Cricket Podcast. 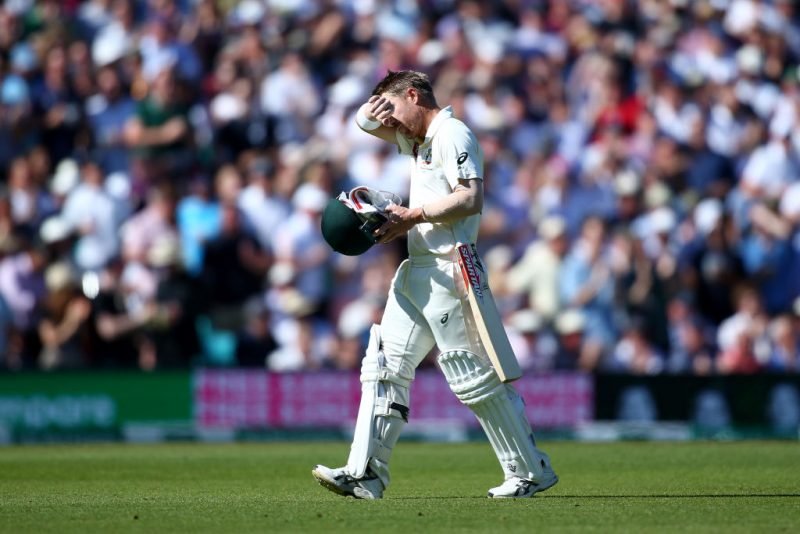 “Having played against him a lot over the last eight or nine years, I found as a taller bowler, when he sits back in the crease he’s always cut or square-driven me a lot and hit me to the boundary. I did quite a lot of research going into that Ashes series of how I could get him out because my record against him was really average.”

That research led to a change in approach, with Broad aiming to cramp Warner for room rather than entice him into edging to the cordon.

“I’m someone who takes a lot of pride in getting a top-four batsman out because I see that as my job, trying to set the innings up by removing batsmen as early as I can. And I just decided I was going to try and hit the stumps every ball, that was my mindset. I’m not going to try and swing it away from him, because I think that gave him a bit of width. I’m just going to try and scramble the seam and if he hits it straight back past me for four, I’m happy. I probably ended up bowling a bit fuller than I’d planned to, but it worked.”

A comment from Warner during the second Ashes Test after his first-innings dismissal confirmed to Broad that he had the upper hand in the battle between the two, even though the wicket itself was somewhat fortuitous.”

“Once I got him at Lord’s, I think that was the third time in a row, I just got that feeling like I was getting a bit of a competitive edge over him. It was little things like, he’d come and talk to me in the morning a bit, which he’s never done – he’s always such a strong competitive character – and he was almost trying to find out what was going on.

“He asked me at Lord’s – it nipped up the slope, if you remember – and the next day he came up to me and asked, ‘Did you mean to nip that up the slope?’ And I was like ‘Yeah yeah yeah, I just held it a bit more angled,’ and of course I didn’t. That’s the great thing with wobble, I as a bowler don’t know which way it’s going to go, but when it nips from a fuller length, you’re always in the game.”