As cricket continues to grapple with the difficulties of Net Run Rate as a deciding factor, Ben Gardner proposes two potential fixes.

How do you separate the inseparable? It’s an issue cricket wrestles with more than most, and for good reason. Where football has goal difference, cricket has two-and-a-half different margins of victory, and therefore no obvious equivalent. It’s a difficulty that has come under scrutiny more than ever during the ongoing Cricket World Cup.

The current first port of call is most wins, which is appealing until you realise that for sides with equal points, the side with most wins will also have the most losses, and the side with least wins will, in top-of-the-table tiebreakers, almost always have the better win/loss ratio.

Win/loss ratio might work in the first instance as a differentiator, but this will be equal, too, unless washouts and ties are involved, so a second tie-breaker is needed. 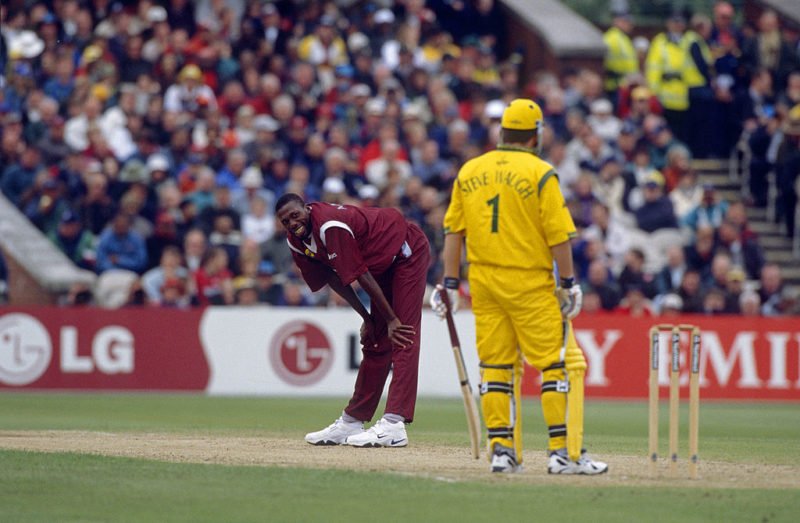 Here are three rules for evaluating the utility of a tie-breaker, which I hope are indisputable:

Currently, Net Run Rate is used to split teams otherwise unsplittable, but the problems with this are many, and not new. It doesn’t take into account wickets lost, leading to big swings in close games. And it’s unintuitive; you can win and your NRR can go down, or vice versa, and you can even have scenarios where two teams, A and B, go into a game with A having a higher NRR than B, A wins, and A emerges with a lower NRR than B. Team A might well assume in this case that a win would keep them ahead of B, and, if behind by a win’s worth of points, that any sort of victory would see them through. It’s an accident waiting to happen. Arguably, it fails all three of the tests, and certainly the first two.

The faults are serious enough to countenance looking for an alternative, and – thank heavens – one has been suggested. It involves the Duckworth/Lewis/Stern method, and it’s no surprise that the former two of the now-trio were the first to come up with it way back when.

It works by calculating a Run Margin for every victory; for teams winning batting first in the usual manner, and for teams winning batting second by seeing how far the team is ahead of the DLS par score when they reach the target. This is something we already see, on occasion, when rain brings an end to a chase with the team in pursuit ahead of the DLS par score; the result is given not in terms of wickets in hand, but in terms of runs.

With a Run Margin for every game, you can add cumulatively to get something you could call Run Difference, which could be used to split teams. This system is initially appealing, using a method with which we are familiar, if not one we completely understand, and an already accepted way of combining wickets and balls in hand to give an idea of who’s on top. It is, however, perhaps more flawed than NRR, for reasons demonstrated below.

Consider the following two games: Team A bowls out team B for 25, before scoring 26/0 inside three overs, and team C scores 350 against team B, defending it by 30 runs. The former, clearly, is the more dominant win. But under the proposed method, only a margin of – at most – 26 runs would result. While this is an extreme example, it is not difficult to see that teams winning when chasing would always be ‘penalised’ in some way; when chasing small totals, it’s hard to win big.

From the ongoing World Cup, this is most clear in New Zealand’s win over Sri Lanka, in which the Black Caps chased down 137 in 16.1 overs with no wickets lost. This feels like a properly huge win, and yet because of how small Sri Lanka’s total was, the margin would only be 111 runs, just five runs more than when England scored 386/6 against Bangladesh and the Tigers responded with 280. Those aren’t results on a reasonably similar footing. This means it fails the first test.

In terms of the second test, again it struggles. A team no wickets down, 20 runs ahead chasing, say 150, at the 20-over mark are well ahead of the game, but if the rain fell, then they would only come out with a relatively small margin of victory

This means it fails the first two tests; these are large enough issues to make any implementation of this method in its current form unfeasible.

Fear not, however, because there are two potential ‘fixes’ on hand. The first runs as follows: we define a new metric – let’s call it a Dominance Margin – calculated by taking the Run Margin and dividing it by the target, and then adding these up to get the tie-breaker. In the example above, team A would emerge with a Dominance Margin close to 1, with their Run Margin close or equal to the runs required, and team C would come away with a margin of 0.071, with the margin and runs required significantly different.

New Zealand chased down 137 in 16.1 overs against Sri Lanka, with no wickets lost. This feels like a properly huge win, and yet because of how small Sri Lanka’s total was, the margin would only be 111 runs, just five runs more than when England scored 386/6 against Bangladesh and the Tigers responded with 280

This has some other things going for it. In rain-affected games, it can be seen how, even for teams winning when batting first, not all Run Margins are equal; a 50-over game won by 15 runs is a lot closer than a 20-over game won by 15 runs. The Dominance Margin would account for this, with the target most likely larger in the former than in the latter.

It does mean that two teams who, batting first, win by the same Run Margin could come away with significantly different percentage margins. Say in one game team A scored 200 and team B scored 100, and in another team C scored 300 and team D scored 200, team A would have a margin of 0.5 and team C a margin of 0.33, despite both winning by 100 runs. But this again can be seen as a positive. The first scenario does seem a less close game, with runs harder to come by, and the 100-run margin represents a more dominant win in this case.

This should pass the first two tests but probably not the latter.

Net Run Rate is a good decider. A campaign should be judged over nine games, not one against whoever you end up level on points with. Pakistan are going out because they got bowled out for 100 by a side who aren’t going to come close to qualifying. That’s okay. #CWC19

The second ‘fix’ is closer to the original DLS method: we calculate the Run Margin not in the above way, but by using DLS to see what 50-over score a team would be on course to chase, and subtracting the target from that score to get a margin in terms of runs. In this case, a team chasing a low total comfortably would be ‘on course’ to get a 50-over score far exceeding the target, and would receive an according margin of victory.

This has the benefit of being more immediately understandable than the Dominance Margin method and would work fine in most games. Like the Dominance Margin method, it also offers a way to obtain a fairer margin in rain-reduced games, again by using DLS 50-over equivalent scores. Say team A are playing team B in a contest reduced to 33 overs a side. At the conclusion, you calculate the Run Margin as follows: take team A’s score as the 50-over score which, if made in a game reduced after the first innings to 33 overs, would have given, as the target, the target which team A did in fact set. Similarly with team B’s score, first their DLS-suggested 33-over score, and then find that score’s 50-over equivalent. You can then subtract the former from the latter to get a Run Margin.

What is less clear is whether this method can be used in chases that are reduced by rain on several occasions. It might be the case that a 50-over DLS equivalent can be found for a team that makes 40-0 in 10 overs before the rain falls, reducing the contest to 40 overs, then reaches 70-2 in 20 overs, before rain again reduces the target to 30 overs, and then reaches the target in 25 overs. It might well be possible, and indeed seems likely that it would be. But the DLS algorithm is proprietary; it’s tough to say for certain without more expert input.

This, therefore, passes the first two tests, though less convincingly than the first fix, but comes closer to passing the third test.

Should both fixes be found wanting, maybe we should just use the head-to-head results and be done with it – at this World Cup, it would certainly suit Pakistan fans!