India captain Virat Kohli explained his gesture to defend Steve Smith, after the Australian was booed by Indian fans, stating that he did not want the crowd to set a ‘bad example’, even extending an apology on behalf of the fans, after their World Cup game at The Oval, on Sunday, June 9.

During India’s innings, Smith, who was stationed in the deep, became the subject of continuous jeering from fans, who showered him with chants of ‘cheater’. It prompted an intervention from Kohli, who between overs gestured at the crowd and dissuaded them from doing so, asking them to cheer Smith instead.

“I just didn’t want them to set a bad example, to be honest,” Kohli explained after the match. “He didn’t do anything to be booed, in my opinion. He’s just playing cricket. He was just standing there, and I felt bad because if I was in a position where something had happened with me and I had apologised, I accepted it and I came back and still I would get booed, I wouldn’t like it either.”

Kohli said that he had witnessed a similar instance during the IPL, too, and cited the hard work that Smith has put in to return to the international game, to justify his gesture.

“I just felt for him, and I told him, I’m sorry on behalf of the crowd because I’ve seen that happen in a few earlier games as well, and in my opinion, that’s not acceptable.

“We’ve had issues in the past, we’ve had a few arguments on the field, but you don’t want to see a guy feeling that heat every time he’s going out to play.”

Sunday’s clash was only Smith’s third game since returning to international cricket, following a year-long ban for his part in last year’s infamous ball-tampering incident in March. 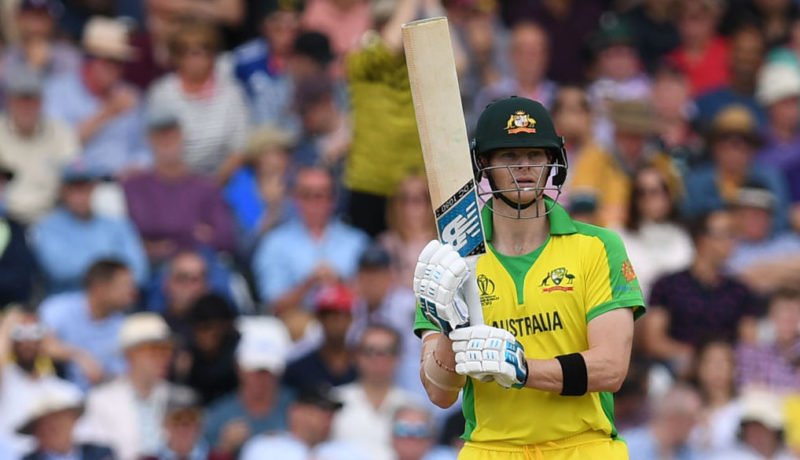 “What’s happened has happened like long back. The guy’s back and he’s trying to play well for his side.”

He made 69 in Australia’s tall chase of 353, while David Warner and Alex Carey also made fifties – the latter the fastest of this year’s tournament – but the efforts weren’t enough to take Australia past the target, as they suffered their first defeat of this World Cup after falling short by 36 runs.

Captain Aaron Finch put it down to the team’s inability to keep wickets intact, as India had when they batted. “I think that India bowled really well with the new ball,” he said. “I thought if we could have had some wickets in hand and some batters in toward the back end of the innings, we could potentially do some damage.

“But we probably just kept losing wickets when we were trying to up the run rate, and then, as you know, when new batters come in, the run-rate creeps up slowly.”

"We've had issues in the past, we've had a few arguments on the field, but you don't want to see a guy feeling that heat every time he's going out to play"

Finch also credited the Indian opening duo of Shikhar Dhawan and Rohit Sharma for keeping Mitchell Starc and Pat Cummins at bay, putting on an opening stand worth 127. While Rohit eventually fell for 57, Dhawan notched up his third century in World Cups.

“Yeah, I think they [Dhawan and Rohit] took their time, obviously, and they assessed the conditions really quickly and probably identified that they [Cummins and Starc] were going to be the two hardest or the two biggest threats early on in the innings,” Finch said.

“To have them batting deep into the innings, that just gives them so many options where they can shuffle Pandya up the order and Dhoni, so yeah, I think they played it really well, and probably negated our biggest threats early on.”