England managing director Ashley Giles last week confirmed that Hales was to be axed from the squad for this summer’s flagship ODI tournament after news emerged of the Nottinghamshire batsman’s 21-day suspension for an “off-the-field incident”. England’s ODI skipper Eoin Morgan subsequently claimed: “There has been a complete breakdown of trust between the team and Alex.”

Speaking to BBC Radio 5 Live, Vaughan expressed strong doubts as to whether Hales would return to the international fold in future, citing the infamous incident in Bristol in 2017, where he and Ben Stokes were involved in a fracas outside a nightclub, as the “line-in-the-sand moment”. 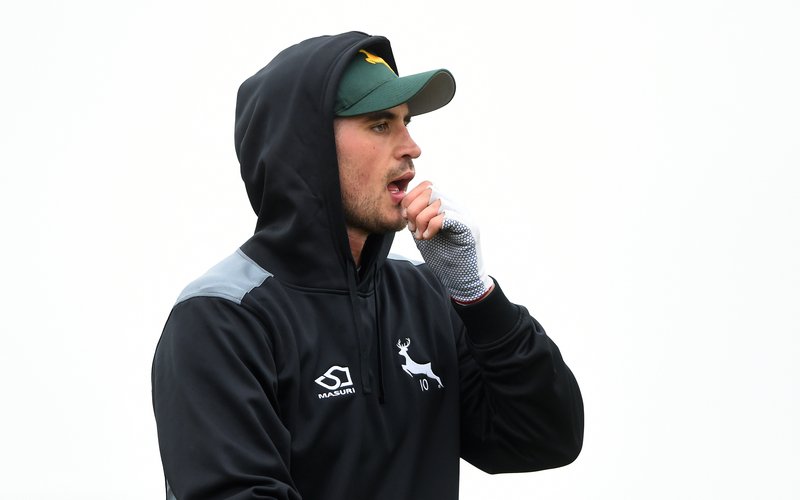 Hales has returned to Trent Bridge for county duty with Nottinghamshire

“I don’t know how he comes back from this,” Vaughan said. “Bristol was a line-in-the-sand moment – they all realise they have to be better role models. Alex Hales was on a 12-month suspended sentence from his actions in Bristol. He has lost the trust of the team.”

Vaughan praised the decision by England to suspend Hales, and also supported Morgan’s bold statements in which the limited-overs captain chastised Hales for showing a “complete disregard” for the team’s values. “Eoin Morgan spoke brilliantly, very mature, great leadership, everything he said was to the point,” he said.

“It is a message to Alex Hales that this England side isn’t going to mess around anymore. It’s not a great look for the game but I think the England team have dealt with it in the best way they can. The conversation with Hales would have been hard but easy in a way because he has let them down.

Hales made a return for his county side Nottinghamshire on May 6, scoring 36 as they secured their place at the top of the Royal London One-Day Cup Northern Group with a one-wicket victory over Northamptonshire.