Bangladesh head coach Steve Rhodes is hoping that Bangladesh can draw inspiration from their excellent displays in the 2018 Asia Cup as they prepare to face Afghanistan at Southampton on Monday.

With just two wins from six games, Bangladesh are facing a fight for a semi-final place and will have to win every one of their remaining three games to have a chance of qualifying.

In late September last year, Bangladesh reached the final of the Asia Cup with some sparkling performances against Pakistan and Sri Lanka but agonisingly lost the final against India as the match went down to the final ball.

Rhodes has drawn plenty of encouragement from Bangladesh’s victories against South Africa and the West Indies in this World Cup and wants his side to use their experience in that Asia Cup to their advantage for the remainder of the tournament.

“I can draw on the experience in the Asia Cup,” said the 55-year-old. “It was a wonderful tournament, and we almost got there. We nearly won the final off the last ball. If you really break it down and we do win these matches coming up, we only need five games, and we’ve won the World Cup. 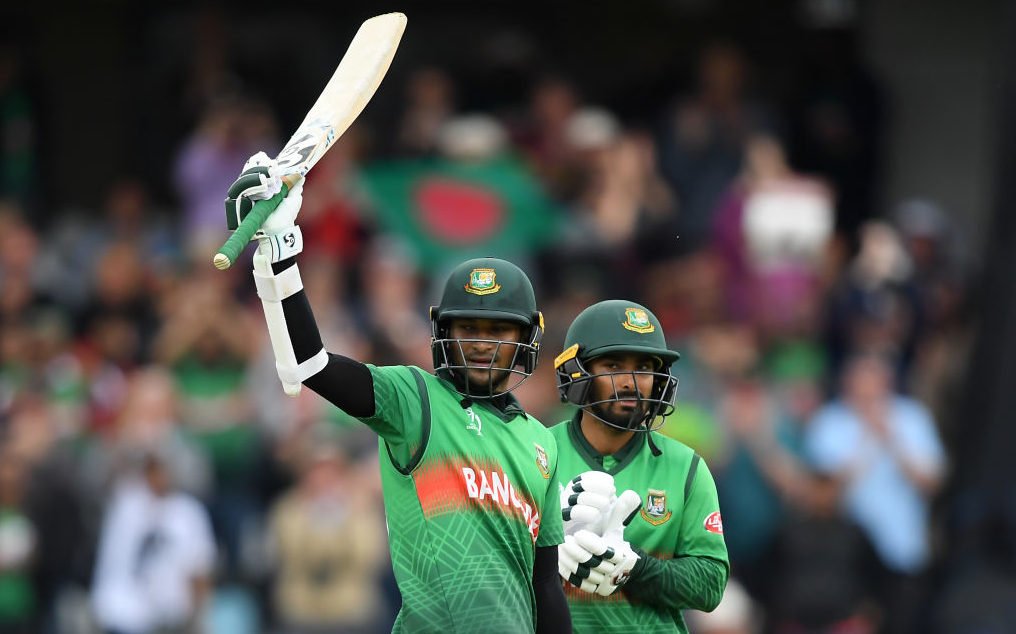 Bangladesh have been impressive in the tournament, so far

“They really fought hard against India. We’re really respectful of them. They pushed us hard in the Asia Cup, and thankfully, we came out on top in that game. We know it’s going to be a difficult game tomorrow, but we’re not fearful. We are confident. We’ve been playing some good cricket, but, yes, if we do win game after game, who knows?

Rhodes is also wary of the threat from Afghanistan spin trio Rashid Khan, Mujeeb Ur Rahman and Mohammad Nabi but is confident that the Bangladesh batsmen can play them well.

“There is a lot of respect for Rashid Khan,” he continued. “He’s a wonderful bowler. I know he went for plenty of runs against Morgan against England, but that was just one of those days for him. Generally, he’s very, very aggressive and tight at the same time. Nabi and Mujeeb are quality, so we really do respect them, but we don’t fear.

Despite Bangladesh now being in a must-win scenario when it comes to their semi-final hopes, Rhodes does not want his side to feel too much pressure and insists that they should enjoy themselves.

“We try too hard, we put too much pressure on ourselves, I’m afraid we might not just get the result we want. My job will be to try to take a bit of pressure off the team.”