Understated New Zealand skipper Kane Williamson lauded his team’s ‘great mentality’ in being able to hold their nerves to secure a tense 18-run win in the semi-final against India in Manchester on Wednesday, July 10.

New Zealand resumed play on the reserve day at 211-5, and managed to add just 28 from the remaining 23 deliveries. Set a rather modest target, India were considered favourites. But a ravaging new-ball spell by Trent Boult and Matt Henry left India reeling at 24-4, with all of Rohit Sharma, KL Rahul, Virat Kohli and Dinesh Karthik back in the hut.

Rishabh Pant and Hardik Pandya hung in to try and take back the advantage. But the real rearguard began when Ravindra Jadeja came out to the middle. He came out with attacking intent and found the boundary with alarming frequency, while MS Dhoni did well to keep the strike rotating. 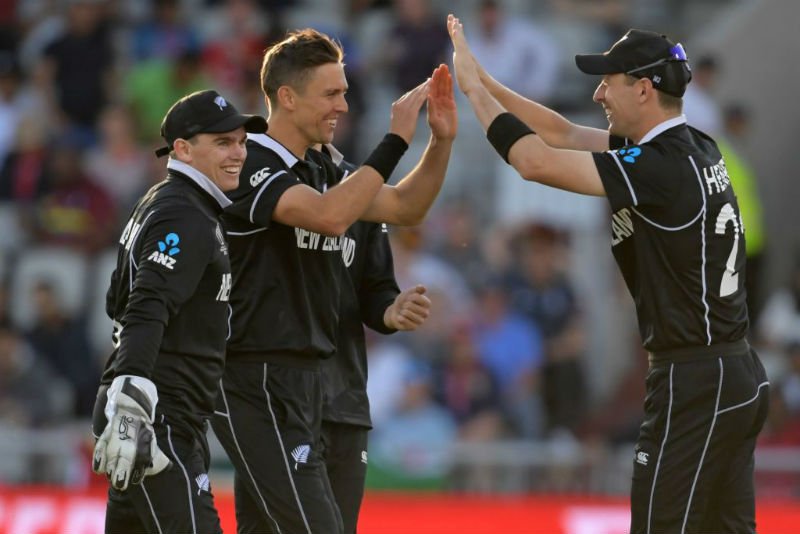 The duo brought up a 116-run partnership, and brought the equation down to 32 off 14 balls when Jadeja finally skied a ball off Boult’s bowling for Williamson to settle under it and calmly catch him out for a magnificent 77. Shortly later, Dhoni was sent back with a brilliant direct hit from Martin Guptill, and New Zealand secured themselves a second consecutive World Cup final.

“That was a brilliant fighting effort, which showed such a great mentality from our guys,” Williamson gushed after the thriller.

“Our start with the ball was outstanding, kicking us off and getting us into a real position of strength. They showed the qualities that we expect from our team but India are a class side and they did soak it up even after being 20 for four, which was a really tough start.

“The game was on a very fine line at one point and it’s just nice to be on the right side of it.”

For India, it was their second consecutive failure at the World Cup, and Virat Kohli was left dejected. He pinned the defeat down to 45 minutes of bad cricket which saw his team’s in-form top-order dismantled. But he remained gracious, giving the New Zealand bowlers their due credit.

“The game pretty much changed in those first 40 minutes when we were batting and New Zealand deserve a lot of credit because they put up a great display how to bowl with the new ball.

“They had perfect line and lengths and forced us to sort of make errors. The pressure created was immense in those first 40-45 minutes.”

New Zealand were outclassed by Australia in Melbourne in the 2015 World Cup after playing well the entire tournment, but have earned themselves another shot at claiming their maiden title, at Lord’s, where they will face the winner of the England-Australia semi-final – a challenge Williamson is looking forward to.

“We can beat anybody when we turn up,” added Williamson. “We are looking forward to the challenge, it’s a very special moment to play in a World Cup final, especially at Lord’s.

“It’s been an enjoyable ride, but the feet are on the ground and we look forward to our next challenge.”