There were plenty of cold stats doing the rounds after England’s mauling of Afghanistan on Tuesday, June 18, not least all those records broken by Eoin Morgan – he broke the record for individual sixes in an ODI innings (17), and England’s 25 sixes were the most by a team in an ODI.

In what was a ruthless and professional victory for England, however, what seemed to be missing was emotion. That came from the unlikely figure of Hashmatullah Shahidi, the 24-year-old Afghanistan batsman who in the hours after the game recalled the Mark Wood bouncer that knocked him to the floor.

It was a genuinely worrying moment. Wood had been bowling in the 140kphs all afternoon, peppering short balls at Afghanistan batsmen determined not to throw away their wickets. Shahidi had done well against them most of the day, but he took his eyes off this one delivery, in the 30th over of the innings, and it crashed into his helmet.

The reaction of Joe Root, at slip, said much – England’s Test captain had his hands on his head, even as Shahidi reeled to the floor. Doctors from both teams tended to Shahidi, and it emerged that, such was the force of the blow, the helmet had broken. Wood looked shaken, especially with Shahidi seeming a bit disoriented.

And then, remarkably, Shahidi continued. The very next delivery was another short one from Wood. “Morgy wanted me to fire another few down,” said the paceman. “If that’s what the captain wants, you listen to orders. Once you know he’s all right, it’s game time again.” Shahidi dabbed it to fine leg on the jump, and went on to score a 100-ball 76.

He turned up later at the post-match mixed zone with a broad grin, and when asked just what he was thinking carrying on playing despite taking such a big hit, his answer disarmed the press corps. 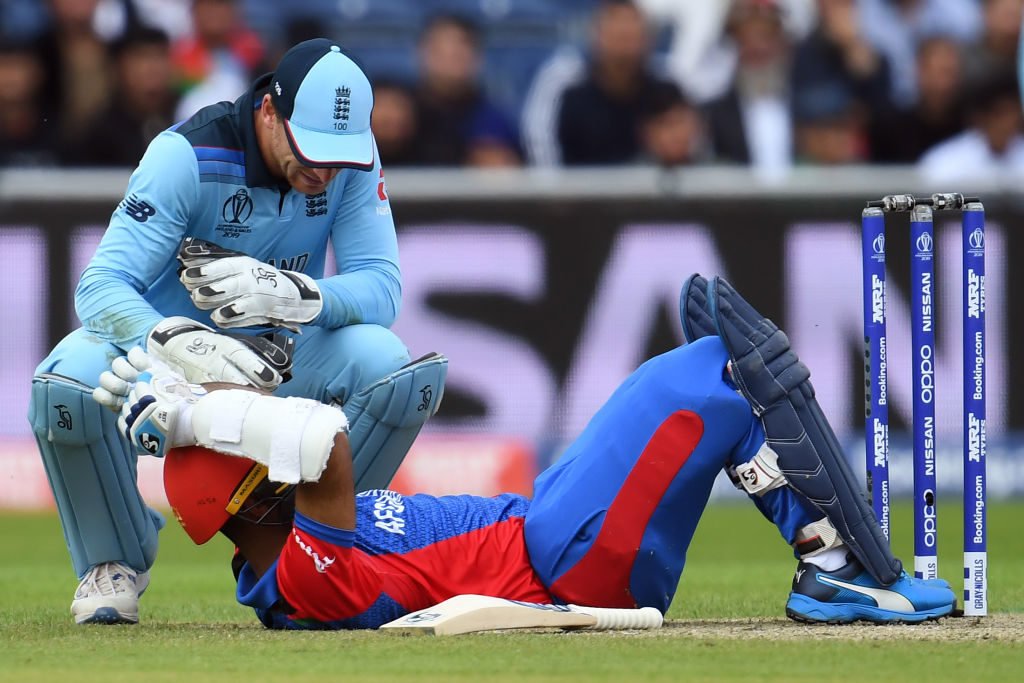 Shahidi reeled to the floor after being hit

“One of the reasons I [got] up quickly was because my mum is always thinking of me,” he said. “I lost my father last year, and I didn’t want her to hurt. I carried on, and I got up early because of my mum.”

“I lost my father last year, and I didn’t want [mum] to hurt. I got up early because of her"

The doctors, it seemed, initially wanted him off the field. “They came to me,” said Shahidi. “Our physio and the ICC doctors, they came to me [and] told me, ‘let’s go’. I said, ‘I can’t go, you know, my team need me.’”

He had plenty of reasons to grin. After the match, Shahidi met the doctors, who told him “it will be fine.” By staying on, he learnt a fair bit from facing the likes of Wood and Jofra Archer – “they were too quick for me” – and the experience, he believes, will hold him in good stead for the future. “In such conditions, such bouncy pitches, playing such good bowlers is a great experience.”

? Hashmatullah Shahidi is hit by a bouncer from Mark Wood.

He’s back on his feet though, and we’re glad to see him continue his innings ? #ENGvAFG#AfghanAtalan pic.twitter.com/ejMu4U6wLF

All of which makes it a fine tale to tell. Unfortunately, it only served to reinforce the problem of concussion that cricket, and sport in general, is grappling with.

This is the second instance in just this World Cup where a player, with potential concussion, has been allowed to carry on playing: in the tournament opener between England and South Africa, Hashim Amla was struck on the head and had to leave the field. He returned soon enough and batted again, but he didn’t play South Africa’s next game, having displayed concussion-like symptoms later.

The affected players naturally feel a sense of duty in the immediate aftermath of a hit, and that, presumably, is why they decide to brave ahead – Shahidi said as much. But it’s not a decision for them to make, nor is it one for anyone in the management – it is solely the team doctor’s decision. 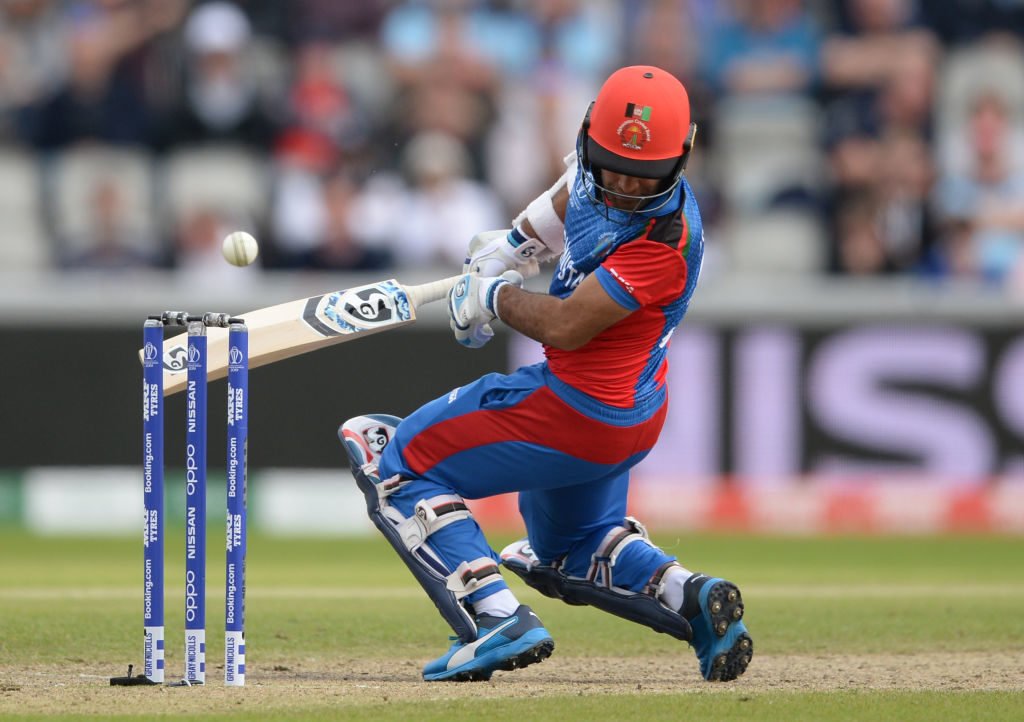 The Afghanistan batsmen were peppered with short balls

In a development that could, perhaps, ease the burden of guilt on affected players, the ICC is considering concussion-substitutes, according to a report in the Telegraph, which would allow players with suspected-concussion to be replaced by a substitute.

The report further stated that all teams received a concussion briefing ahead of the World Cup, and the governing body facilitated an independent match-day doctor at each venue.

All of which is merely a step in the right direction. There is a long way to go in how the sport handles concussion, and as good as Shahidi’s heart-warming tale was, it just cannot happen again.