Rohit Sharma broke one of the World Cup’s most significant batting records and closed to within sight of another as India’s relentless opening batsman made light work of Sri Lanka at Headingley.

Sharma struck his fifth century of the tournament, one more than previous record-holder Kumar Sangakkara managed in the 2015 edition, in a seven-wicket stroll for Virat Kohli’s side in their final group game.

And there could be better to come for India’s destructive limited-overs specialist: 27 further runs in one, possibly two knockout games would take him past Sachin Tendulkar’s record tournament tally of 673, compiled in 2003.

Only two men in 142 years history of international cricket have scored 5 centuries in one series/tournament. Rohit Sharma in WC 2019 and Sir Clyde Walcott in a Test series vs Aus in 1955. #CWC19

Such was the scale of Sharma’s feat, it barely registered that his captain Kohli became the 20th man – and just the third Indian – to reach 1,000 career World Cup runs.

There were other statistical nuggets for those willing to seek them out – Sharma’s 189 stand with fellow centurion KL Rahul was India’s best for the first wicket at World Cups – but the spotlight was rightly on the record-breaker afterwards.

And there was a clue to the secret of Sharma’s pitiless run-making in the phlegmatic response to his achievement. 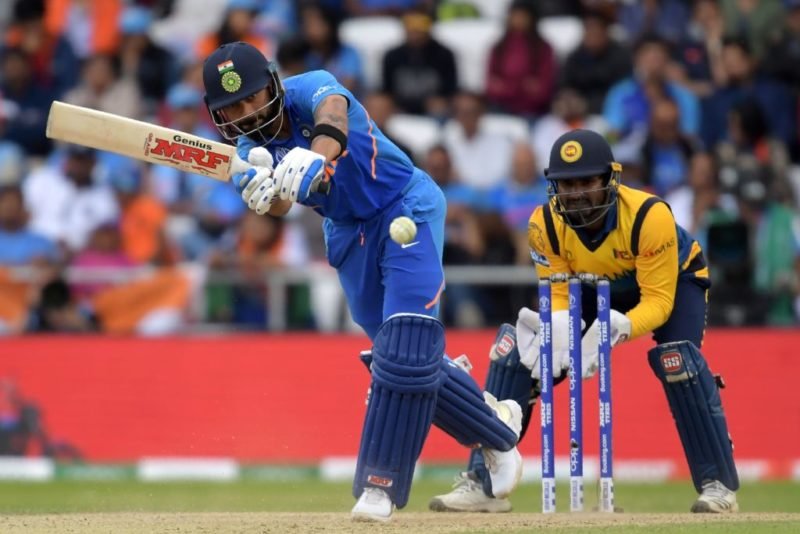 “I’m just trying to go out and do my job and not think about milestones,” he said. “I know if I play well all these will happen, my job is to keep my head straight and get the team to the finishing line.

“Like I said after the last match, what has happened has happened. Every day is a new day. I try to come out thinking I’ve not got any hundreds in the tournament, that it’s the first game, although people around me keep talking about the hundreds. That’s the challenge as a sportsman.”