Morgan blasted 17 sixes in his personal best 148, a new individual record for a single ODI innings which surpassed the previous mark of 16 posted by Rohit Sharma, Chris Gayle and AB de Villiers.

The Dubliner’s influence on his adopted country’s approach to 50-over cricket is best summed up by one eye-catching statistic: his individual number of maximums was just one short of the entire squad’s tally during a 2015 World Cup campaign which increasingly resembles England’s ‘rock-bottom’ in the format. 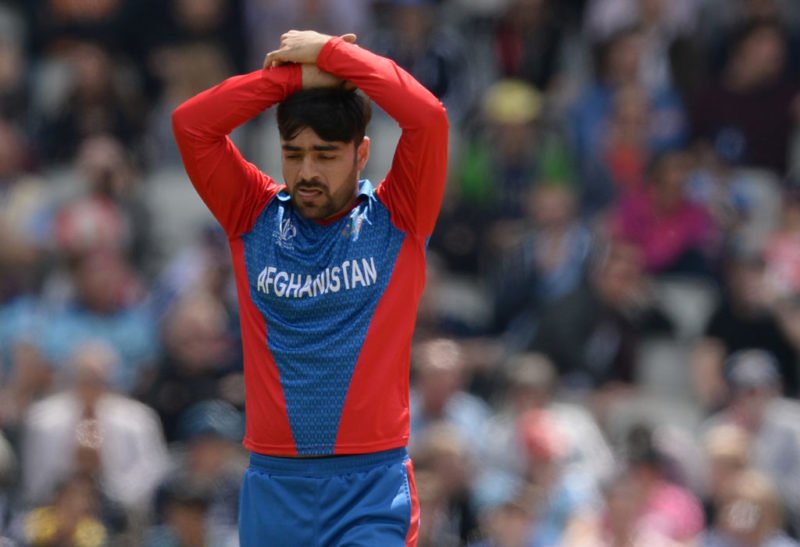 Morgan’s blitz – at 57 balls, the fourth-fastest World Cup ton – was the highlight of a statistician’s dream of an England innings which actually began reasonably circumspectly with Jonny Bairstow’s slowest half-century in ODI cricket.

By the end of their allocation England had posted their highest World Cup total of 397 and hit 25 sixes, one more than any other team has managed in an ODI, while Morgan’s 189 partnership with Joe Root was England’s best for any wicket at World Cups.

It’s an Eoin Morgan world.. we are just living in it ??? #ENGvAFG

And if Afghanistan’s bowlers were partly authors of their own predicament, losing their lengths once Morgan began to open his shoulders, then the treatment of Rashid Khan was still remarkable in the context of the young spinner’s rise to prominence on the international stage.

Khan’s economy rate in 63 previous ODIs, albeit few against the current elite sides, was just 3.95 and his most expensive figures 0-68. By the time Morgan and co. had finished with him, one short of his 10-over entitlement, Khan had shipped 0-110 – more than any other bowler in a single World Cup innings and just three runs fewer than the overall ODI record.

Afghanistan’s batsmen did later contribute positively to yet another record, adding eight sixes to England’s 25 to help set a new World Cup mark of 33 in a single match.

Bairstow, whose 99-ball 90 will unfairly be relegated to barely-remembered footnote, watched the worst of Morgan’s mayhem from the balcony as the skipper made light of pre-match concerns about a back problem.

The Yorkshireman told Sky Sports: “A ridiculous knock.  We were just seriously entertained. He’s been striking it well on the golf course, and he’s taken it into the middle.”