Ricky Ponting, Australia’s assistant coach at the 2019 World Cup, believes England will beat New Zealand in Sunday’s final and lift the trophy for the first time.

Ponting was not alone before the tournament in highlighting England as the team to beat, and after 47 matches spread over a month-and-a-half, the hosts are one step away from making those predictions come true.

That is no surprise to the man who skippered two World Cup-winning campaigns and who witnessed first-hand the clinical manner of England’s semi-final victory over Australia at Edgbaston.

“I think England will win,” Ponting told cricket.com.au. “I said before the tournament started that I thought they’d be exceptionally hard to beat.

A special preview of the #CWC19 final, a discussion on key match-ups, favourite players, commentators and more.
Listen and subscribe on the Podcast App/Spotify.https://t.co/8ftsLiw6Gk

“I had them as the favourites coming in, nothing changes now. New Zealand have done amazingly well to get into the final, and well done to them. Two consecutive World Cup finals is an awesome achievement for that group and they’ll have some experiences to take out of that last final, whereas none of the England players have played in a final before.

“That being said, I think there’s just a bit too much class in this England side for them not to win.”

With Australia’s chances of a sixth title dead, Ponting is already thinking ahead to the Ashes and the impact Sunday’s outcome might have on that Test series – for better or worse.

“The country will be on a bit of a wave and a bit of a high, the players will certainly be on a huge high after that World Cup,” Ponting said. “But, who knows, if they don’t [win], it might have an adverse effect on their Ashes campaign as well. You can take lots of things from different series.

“It’s a completely different series going into an Ashes and there will be quite a few different players in their Test team than will be in this one-day team. They’ll have different captains as well. But I’m sure if they happen to win the World Cup, they’ll take as much as they can from it going into the Ashes.”

Australia uncharacteristically failed to step up to the occasion in Birmingham. Known for their tendency to raise their game on the big stage, Aaron Finch’s side were outplayed and dominated by England almost from ball one of the semi-final. 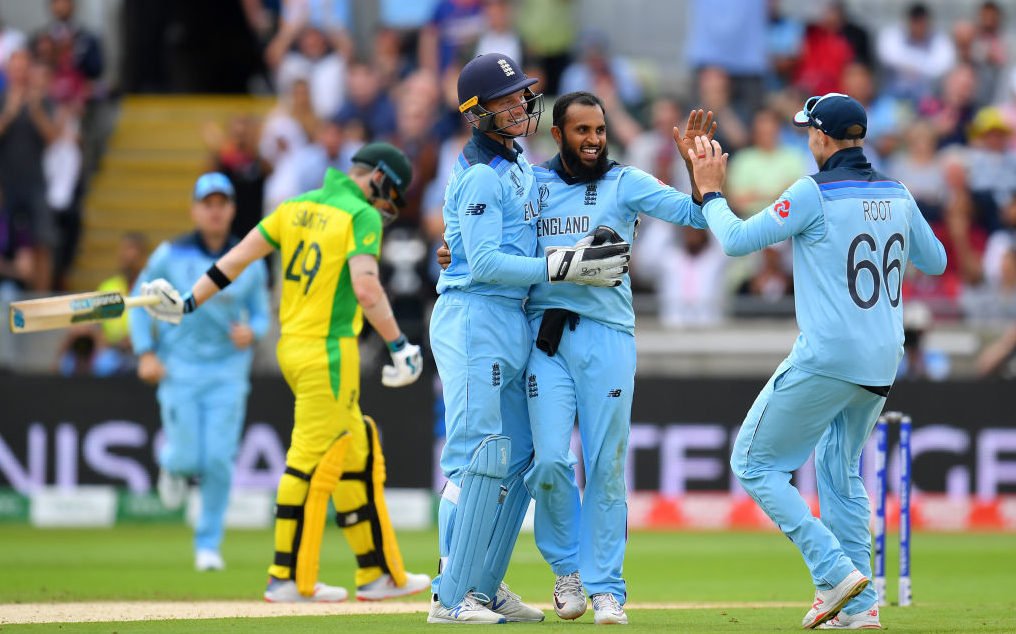 England were all over Australia in their semi-final clash

Chris Woakes and Jofra Archer set them back with early wickets, and Australia barely stumbled over the 200-run mark, that too only courtesy a fighting 85 from Steve Smith. Then, in the chase, Jason Roy and Jonny Bairstow put together their fourth successive century stand to put the game beyond Australia.

Roy blasted 85 off just 65 balls and spared no one in his path of destruction. That Mitchell Starc, Australia’s best bowler in the tournament, and its highest wicket-taker, was taken apart for 70 runs in his nine overs, summed up Australia’s day.

“Unusually for Australian teams in World Cups, we played our worst cricket in the most critical moments,” Ponting said. “I said right at the start of the tournament, you have to play your best cricket at the back end and you have to stand up in the big moments.

“Up until a week ago, we were probably the favourites to win the whole thing and we just haven’t played at our best.”