Before the 2019 World Cup, Nicholas Pooran had played a solitary ODI for West Indies. In that match, which took place during West Indies’ memorable home series against England earlier this year, he bagged a duck.

Nevertheless, Pooran was among the 15 men named when West Indies’ selectors announced the squad for the World Cup on April 23. The following day Pooran showed exactly why the selectors had so much faith in him, when he slammed a belligerent 28-ball 46, laced with five sixes, for Kings XI Punjab at the Indian Premier League.

Though still very young at the international level, Pooran has shown sparks of similar potential. West Indies have made a strong start to the World Cup, crushing Pakistan and pushing Australia to the limit, before being robbed by the weather against South Africa. Pooran has made solid contributions in both his outings so far, totalling 74 runs while being dismissed once. With what is shaping up to be an exciting West Indies campaign, Pooran could just end up being one of the players to talk about at the conclusion of the tournament. 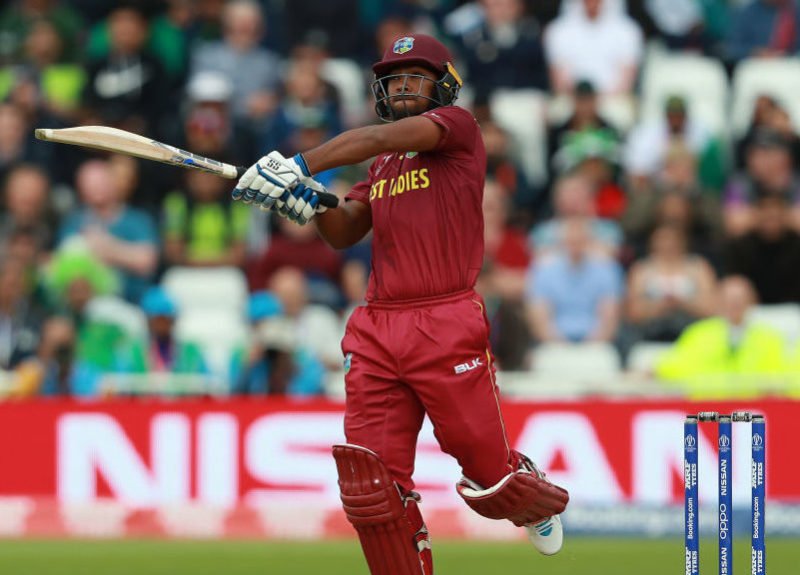 Nicholas Pooran has never scored a hundred at the competitive level.

A stylish left-handed batsman who can also double up as a wicketkeeper if necessary, Pooran was 16 years old when he was signed up by Trinidad Red Steel for the 2013 Caribbean Premier League, making him the youngest player to ever feature in the competition. He made an immediate impact, lighting up the stage with a stunning 24-ball 54 on debut.

Pooran represented West Indies at the Under-19 World Cup in 2014 and emerged as one of the brightest prospects as he topped West Indies’ batting charts with 303 runs in six matches.

The 23-year-old Trinidadian has been playing T20 cricket since the age of 17 and earned his first national call-up three years later, in 2016. Though still inexperienced in the 50-over format, Pooran has played over 100 T20 matches, and has built a reputation for explosive power-hitting while retaining a touch of elegance.

In January 2015, Pooran was driving home from training in Trinidad when he was involved in a car accident that nearly ended his career. He ended up with a ruptured left patella tendon and a fracture to his right ankle, which raised serious questions about the probability of him playing cricket again.

"The first thing I asked the doctors was if I could play cricket again. At first they weren't too sure" - Pooran after his car accident.

Pooran spent nearly two years out, but eventually returned, announcing it with 217 runs in eight innings in the 2016 CPL. It was a performance that gave him a national call-up later that year, and culminated in his West Indies debut against Pakistan in Dubai.

Injuries weren’t the only obstacles in Pooran’s career. In November 2016, just two months after his international debut, he landed in trouble with Cricket West Indies after opting to play in the Bangladesh Premier League over West Indies’ domestic season, leading to a 10-month ban.

Nicholas Pooran is playing beautifully today. The only batsman to make a meaningful contribution today and play more attacking strokes than him (Nathan Coulter-Nile) played roughly twice as many false shots. Pooran playing on a different pitch, it seems. #CWC19 pic.twitter.com/i7pNZIED8h

He subsequently made truce with the board and became eligible to play all three formats for West Indies in July the following year. Pooran is presently involved in the World Cup, where he has had a good start, and could possibly not find a better time to score his first ODI fifty, or even his first hundred at the competitive level.

“He has been a dynamic performer around the teams [he has played in], with strike-rate of nearly 200 in some competitions. Left-hand bat, I’d almost call him a young Chris Gayle in terms of that imposing nature, the ability to play and hit spin out of the park, and play pace well. He can bat anywhere, so he’s been used at the top, as a finisher, and obviously he’s a quality keeper as well.”