England captain Eoin Morgan conceded that his side’s confidence has taken ‘a little bit of a hit’, after their defeat to Australia in the ongoing World Cup, but maintained that their prospects of making it to the semi-finals are still strong.

“The chances are in our hands. Everything is within our control. We just need to produce a performance worthy of winning either one or the next two games,” Morgan told reporters at Lord’s, on June 25.

It was England’s second consecutive loss in the tournament, their third overall.

Much like their defeat against Sri Lanka, England’s famed batting line-up tumbled in a chase, with the latest one leading to a 64-run loss to Australia. Chasing 286, England lost their first four wickets for 53 runs, and were eventually dismissed for 221, despite a rearguard effort worth 89 by Ben Stokes.

“I think it [the confidence] will take a little bit of a hit,” Morgan said. “But I certainly don’t think it’s knocked anybody in the changing room. Normally when we lose games of cricket, like I mentioned yesterday, we go back to what we do well. We’ll still strive to do that for Sunday’s game [against India].”

Morgan admitted that the England batting line-up, known for its firepower and depth, hasn’t been able to apply their basics on testing tracks.

“I think both this game and the last [against Sri Lanka], we struggled with the basics of what we call our batting mantra. You know, strong intent, building partnerships, and doing it in our own way, and we haven’t done those for long enough periods of the game in order to either chase down 230 or chase down 280, and that’s disappointing.”

“I think our basics get challenged a lot more when we don’t play on batter-friendly wickets; when you probably have to rotate the strike a lot more, as opposed to finding the boundary more often than not.” 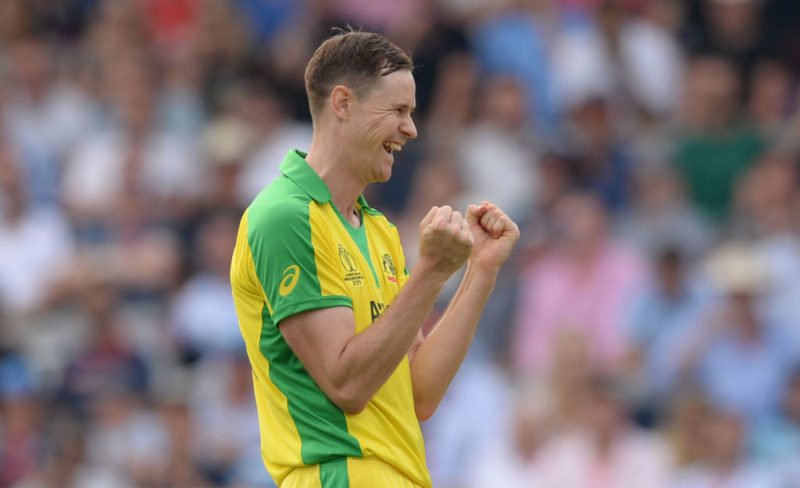 Behrendorff, playing only his eighth ODI, finished with career-best figures of 5-44

Left-arm pacer Jason Behrendorff struck the initial dents on England’s batting, dismissing James Vince off the second ball of the innings, before sending back his opening partner, Jonny Bairstow, in the 14th over. He later returned to clean up the lower order, finishing with his career-best ODI figures of 5-44.

Speaking to reporters after the game, the 29-year-old, who debuted in ODIs earlier this year, said, “It’s one of those things you dream of as a kid to play cricket for Australia; and then to come here and play at Lord’s my first time here, I trained here the other day and my first game here, so yeah, it was something special.”

Despite another flying start by centurion Aaron Finch and David Warner, England did well to restrict Australia within 300. Behrendorff observed that England weren’t targetting the stumps as much, revealing that Australia ensured that they bowled further up the pitch during the chase, aiming to move the deliveries into the batsmen. 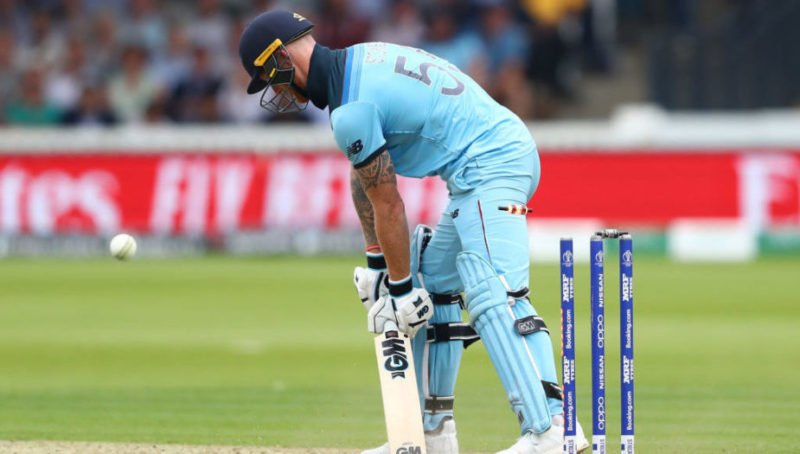 “That’s something we were assessing as they were bowling. They didn’t hit the stumps, or the balls were going to hit the stumps too often, so we made a conscious effort to try to pitch up and we hit the stumps as much as we could early doors.”

The move seemed to pay dividends as Joe Root was trapped in front, while Ben Stokes lost his stumps to an inch-perfect yorker – both to Australia’s spearhead Mitchell Starc.

Related Story: Warne: Manchester loss a ‘real punch in the guts’ for Australia

With their latest win, their sixth in seven games, Australia became the first team with a confirmed semi-final spot. Behrendorff, however, stressed that England remains the side to beat, despite their recent stutter in form.

“I think the competition is still very open. England are still a great side. They are probably still favourites, home country. Something that, yeah, we aspire to continue just playing good cricket. So I don’t think we’re favourites, that’s for sure.”