Virat Kohli’s side is not light on quality but in Jasprit Bumrah India possess the finest cross-format bowler in the world who could have a big say on the outcome of this tournament, writes Jo Harman.

A week into the 2019 Men’s Cricket World Cup and we’ve finally had our first sighting of India, and they made an impressive start, clinically dissecting South Africa by six wickets at Southampton.

Not that we should be surprised. In the four years since Australia knocked them out in the semi-finals of the last World Cup, India have been straining every sinew to ensure they are ready to win back the trophy MS Dhoni lifted at the Wankhede Stadium in 2011. Their preparations (which reportedly included, at the BCCI’s request, a few days of extra recovery time after the IPL before they began their World Cup campaign) have been meticulous in every detail. Virat Kohli knows no other way.

That’s not to say there haven’t been hurdles along the way. The No.4 spot has been a constant headache, with 12 players filling the position since the 2015 World Cup. KL Rahul, who stroked a century in a warm-up against Bangladesh to pip Vijay Shankar to the role for their opening match against South Africa, looks the best fit so far – a player capable of upping the ante or digging in depending on the situation. 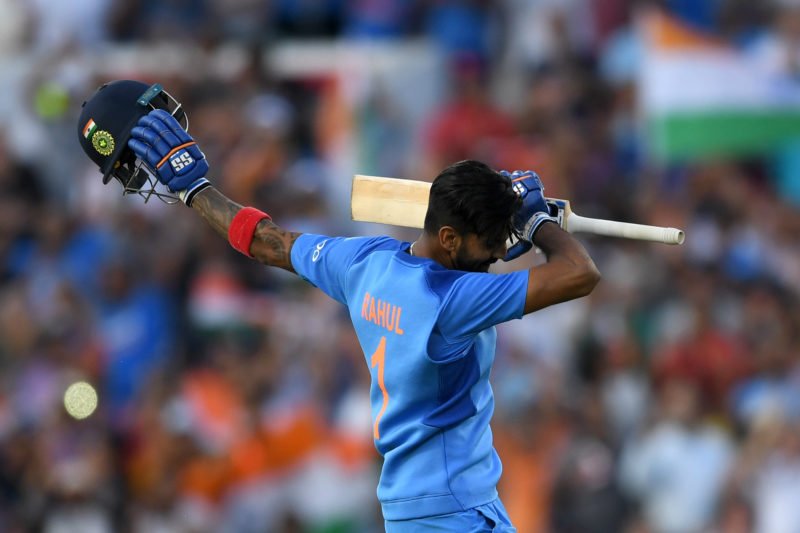 KL Rahul has proved to be a versatile batsman for India

Elsewhere the team is settled, and in excellent form. The shock 3-2 home loss to Australia in March, when India surrendered a 2-0 lead after fielding experimental sides, was only their second series defeat in 12 since the 2017 Champions Trophy (the other being a 3-2 reverse in England last summer).

The Sharma-Dhawan-Kohli triptych is colossal, racking up 43 ODI hundreds between them since the last World Cup – the latest being Rohit Sharma’s easy-as-you-like 122* in their win over South Africa – and in Yuzvendra Chahal (4-51 versus the Proteas) and Kuldeep Yadav, with Ravi Jadeja waiting in the wings, they have the most balanced spin combination in the tournament. 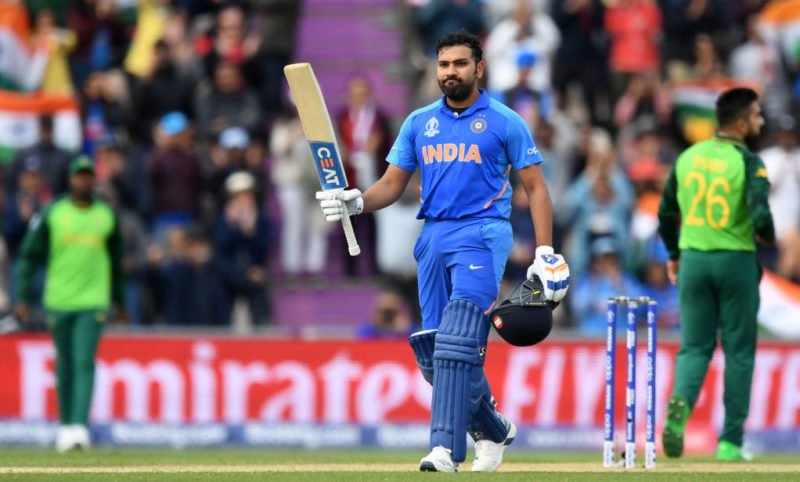 The 25-year-old only made his ODI debut thee years ago but India’s World Cup opener was his 50th appearance and he marked the milestone with a virtuoso display of new-ball bowling, taking out both openers inside his first three overs.

Hashim Amla, a shadow of his former self, was no match for him, Bumrah finding his edge with the first delivery he bowled at the veteran right-hander. But it was the way he dominated Quinton de Kock, who had looked in fabulous form so far in the tournament without nailing a big score, which was particularly telling; repeatedly beating him all ends up before inducing a false stroke that was snaffled by Kohli at third slip.

Bumrah is the most prolific fast bowler in the world, and the hardest to get away

Those scalps took Bumrah’s ODI wicket tally to 87, his strike of 29.4 bettered by only seven bowlers in the history of the game to have taken as many wickets. And for someone who bowls primarily in the powerplays, his economy rate of 4.48 is extraordinary – among seamers to have taken the same number of wickets or more, only West Indian quick Tony Gray and New Zealand’s Shane Bond have been more parsimonious, and they were bowling in eras when run rates were markedly lower.

In other words, Bumrah is the most prolific fast bowler in the world, and the hardest to get away.

“In the last couple of years, Jasprit has become the best bowler in every format throughout the world,” said Rahul in the lead-up to the tournament. “He’s the most feared bowler in world cricket right now.”

Kohli echoed those sentiments after Bumrah’s spell of 2-35 against South Africa. “Jasprit is operating at a different level. The way he is bowling now is so, so good to see,” said India’s skipper. “Batsmen are actually clueless against him. He is rushing batsmen. I have never seen Hashim get out like that.”

The Indian camp know they have a special talent, and they want the world to know about it – taunting opposition with the fact they have a bowler like no other. 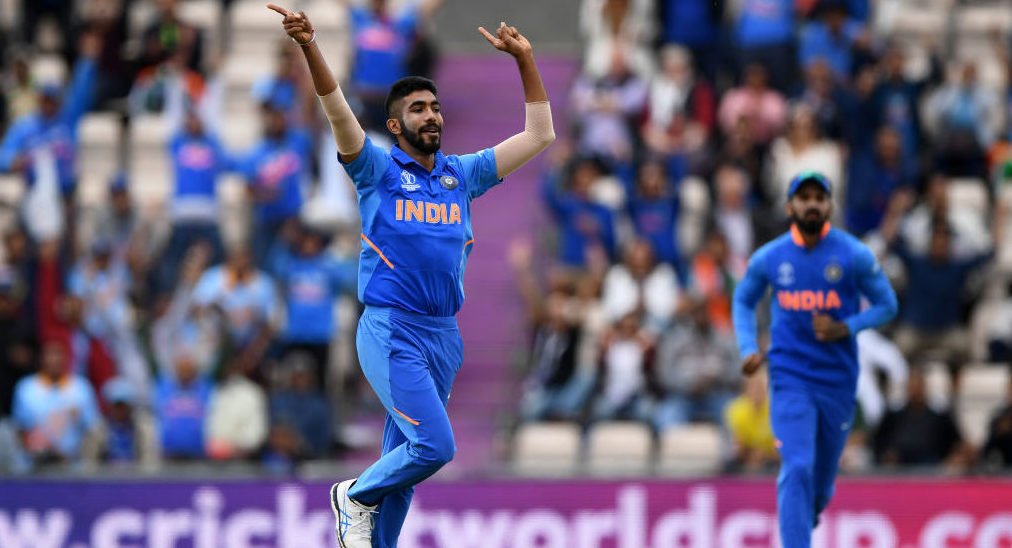 Jasprit Bumrah celebrates after taking the wicket of Hashim Amla

There are some similarities with the way Michael Clarke talked up Mitchell Johnson ahead of the 2013/14 Ashes, when the Aussie skipper baited England by constantly referring to the raw pace that he had at his disposal, and the havoc that would ensue. “It wouldn’t surprise me if in a couple of months’ time you see Mitch being named Man of the Series,” said Clarke, very accurately as it turned out.

But you got the sense then that Clarke’s prime focus was pumping up the tyres of his potentially devastating but often-wayward quick – convincing Johnson himself that he was capable of inflicting the kind of damage that his captain knew he could.

Kohli’s weapon of destruction needs no such convincing. Since taking his first steps in international cricket, and even before that in the pressure-cooker atmosphere of the IPL, Bumrah has looked, despite his unorthodox, jerky action, utterly serene – a bowler in complete control of his craft, born for the environment he now finds himself in.

If Kohli told us that in a month’s time Bumrah would be named player of the World Cup, you’d be inclined to believe him.