Ian Smith, the former New Zealand wicketkeeper, who called the action during the Super Over in the 2019 World Cup final, said that the gripping climax at Lord’s will never leave him, and that he cherishes being a part of one of the greatest moments in the game’s history.

The words of Smith, who once again commentated during the closing stages of another New Zealand v England thriller that ended in a tie on Sunday, November 10, will forever be etched in cricketing history, as England emerged victorious by boundary count to lift their maiden 50-over World Cup, after neither team could trump the other in actual play or the Super Over.

My friends: you okay?
Me: yeah I’m fine.
My headphones:

Reminiscing the epic showdown, Smith told The Guardian: “I’m over the result, but I don’t think I’m quite over the moment. I think about that day at Lord’s quite a lot. It doesn’t dominate my life, but it will never leave me.

“You could commentate on sport your whole life and never get a moment like that. My voice will be there forever, I guess. It’s an honour … I just hope I got it right.”

"I was just so disappointed for the New Zealand players. It was their time … but it wasn’t. We never lost the game. We just didn’t win it.”

Smith was himself a part of one of New Zealand’s most impressive World Cup campaigns, in 1992, when the Blackcaps, led by Martin Crowe’s inspirational batting and leadership, enjoyed a glorious run, until their semi-final defeat to Pakistan. This time, they came significantly closer, playing their second successive tournament final, only for it to end in heartbreak yet again.

“None of us in the box could believe what we had just been a part of,” recalled Smith. “And I was just so disappointed for the New Zealand players. It was their time … but it wasn’t. We never lost the game. We just didn’t win it.” 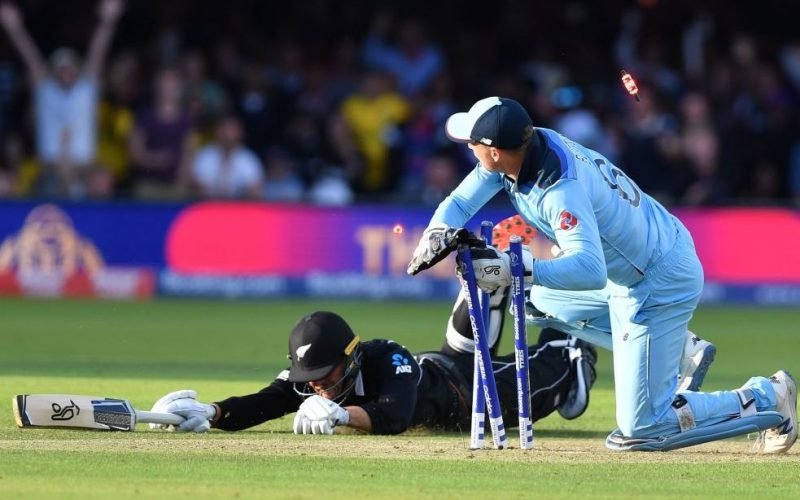 One of the game’s defining moments took place on the fourth ball of the final over, when Martin Guptill’s throw from mid-wicket, aimed towards the keeper’s end, ricocheted off a diving Ben Stokes’ bat and raced towards the boundary. But England’s rub of the green didn’t end there, as umpire Kumar Dharmasena made a now infamous error by awarding the home team six runs instead of five, though Stokes and his partner Mark Wood hadn’t crossed at the instant when Guptill released the ball.

“In all my time, playing and commentating, I have never seen something like that,” Smith said. “Myself, Nasser [Hussain], Bish [Ian Bishop], the stattos [statisticians] in the box … no one knew it should have been five. And I still feel a wee bit guilty about this. Maybe if I had, I would have said it on air and it led to replays which might have forced someone’s hand. Maybe the third umpire would have clicked. But then no one knew. And it’s ironic, you know? The most important six of the entire tournament … and it went right along the ground.”

“But ultimately I just thought it was a fantastic game – one for the ages and a privilege to call – and if kids didn’t want to play cricket after that, well, the sport is in trouble. It was the ultimate advert."

Smith acknowledged the great spirit and grace shown by players from both teams and had a special word of appreciation for the hosts, who seized the moment that mattered the most.

“It was a beautiful day, with so much light left and a crowd baying for more – let the players sort this out, not some macabre rule. But it didn’t work like that. New Zealand knew they had to get 16. It is what it is. I saw their faces at the time and there was disappointment – but no anger – and then some pretty good grace. From both sides, really.

“I was in admiration of the players, given the pressure they were under. Take Jason Roy. He had misfielded and thrown to the wrong end in the Super Over, but still delivered [he threw the ball to run out Guptill off the last ball of the Super Over to give England the World Cup]. And Jos Buttler at the stumps. I look at it and wonder: did every one of those England players really want the ball in that moment? I don’t know.

“But ultimately, I just thought it was a fantastic game – one for the ages and a privilege to call – and if kids didn’t want to play cricket after that, well, the sport is in trouble. It was the ultimate advert. Pretty good to be a part of, eh?”