Linda Zondi, South Africa’s national selection panel convener, said Hashim Amla’s spot in their World Cup 2019 squad was never in question, at least until Reeza Hendricks and Aiden Markram did “something better” than the veteran.

There have been concerns over Amla’s form in the lead up to the World Cup. He hasn’t been in the best nick in international cricket, and his form in domestic cricket also hasn’t inspired much confidence.

The selectors, however, decided to back his experience and past record when choosing their 15-man squad. The recent downturn in returns notwithstanding, Amla still averages close to 50 in ODIs. He has scored 7910 runs including 27 hundreds. 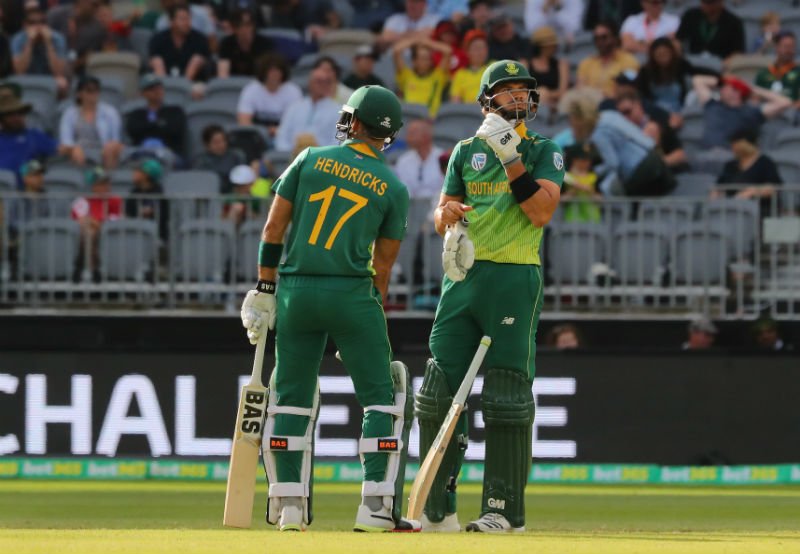 “They had to do something better than Hashim Amla”

His selection meant there was no place for one of Markram or Hendricks, and the axe fell on the latter. Hendricks burst onto the international scene with a bang, scoring a century in Sri Lanka, but has since been unable to match that high. In 18 ODIs, he has scored just 455 runs at 26.76.

Markram hasn’t done too much better either – he has 503 runs from 18 ODIs at 29.58, but his overall domestic record as well as recent form worked in his favour. He has also shown adaptability to various batting positions, while primarily being an opener, and that could come in handy considering Amla and the in-form Quinton de Kock are likely to open.

“We looked at their past records. For both Hendricks and Markram, they had to do something better than Hashim Amla …” said Zondi. “Markram is capable of batting one to six – he showed that at franchise level.”

Despite not having played an ODI since 2009, Joe Denly was picked in England's provisional World Cup squad yesterday.

Do you agree with Ed Smith's claim that he's one of the leading white-ball spinners in England?https://t.co/FazkCfTqqn

Another contender who missed the bus was Chris Morris, with South Africa choosing to go with Anrich Nortje instead. Zondi said Morris brought an X factor to the side, but didn’t fit into the scheme of things.

“From a roles point of view, he didn’t fit with our needs,” said Zondi. “Yes, he’s got X factor, but when you look holistically, our plan was to take a batting all-rounder. Chris Morris didn’t fit that. He fits as a bowling all-rounder, but we went with Nortje because we felt that if asked, he’d definitely bowl 10 overs. Morris hasn’t bowled 10 overs for us.”

South Africa will get their World Cup campaign underway against England in the tournament opener in Edgbaston on May 30.