They could have smashed it around and strolled it, but what use would that have been? What use a walkover, drenched in all that flashy stuff that we’ve grown so complacent about in recent years? It wouldn’t have told us a bean.

Sure the punters would have enjoyed it, and walked away from the Kennington coliseum convinced that they’d just witnessed the World Cup winners. (OK, they will anyway.) But where the lessons behind the message? Lost in another riotous blaze of 360s, 380s and 400-plusses. Another day, another landmark, and none the wiser.

He grins at batsmen, Ambrose-style, as if concealing some vast, dark hilarity; the devil in the detail

All in all, a fair chunk went wrong in England’s innings. They lost a wicket in the first over. They lost two in four balls within the first 20 overs, leaving two batsmen on nought. They hit six boundaries in the last 14 overs. Even Jos Buttler didn’t get any. 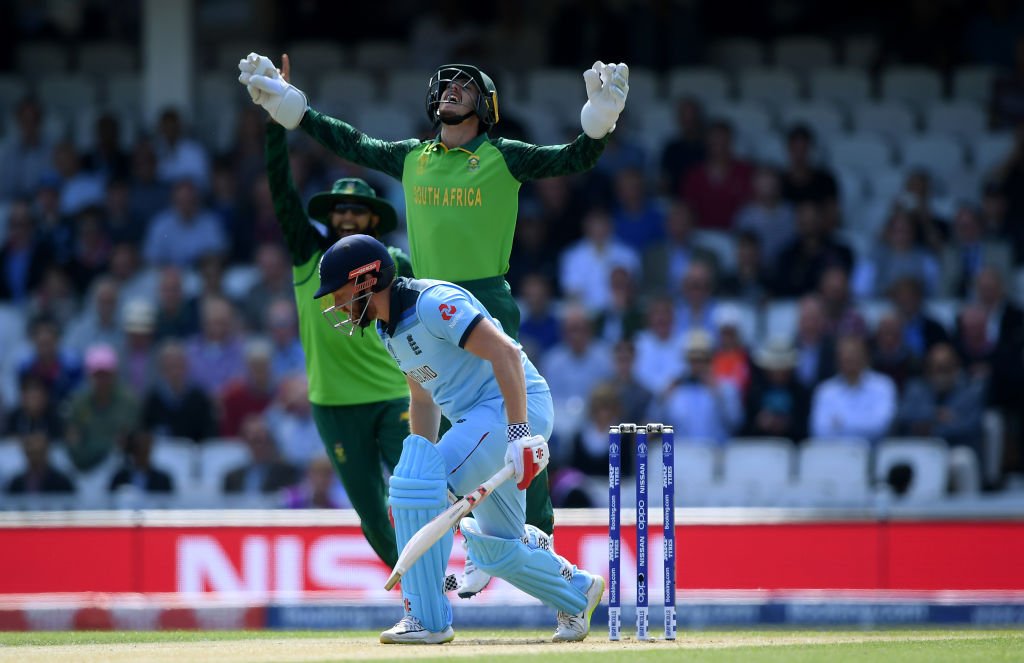 At the break CricViz’s predictive soothsayer had South Africa 51 per cent favourites. This was precisely the kind of match that England needed.

Among the more tiring jokes going round cricket’s heartlands is the one about bowlers these days being redundant, that you may as well put a bowling machine at each end and be done with it. This is to ignore the pretty obvious point that in the age of the bat, bowlers become the real differentials.

I happened to interview England’s game-changer last week. He was lying on a bean bag, and I was on the edge of my seat. It’s not a bad metaphor. The terrors that Jofra Archer creates come wrapped in a smile and a shrug. He ambles to the wicket like a wantaway sub running down his contract on the sidelines. When, with his 11th delivery, he almost decapitated Hashim Amla, he held out a hand and asked how he was. He grins at batsmen, Ambrose-style, as if concealing some vast, dark hilarity; the devil in the detail. 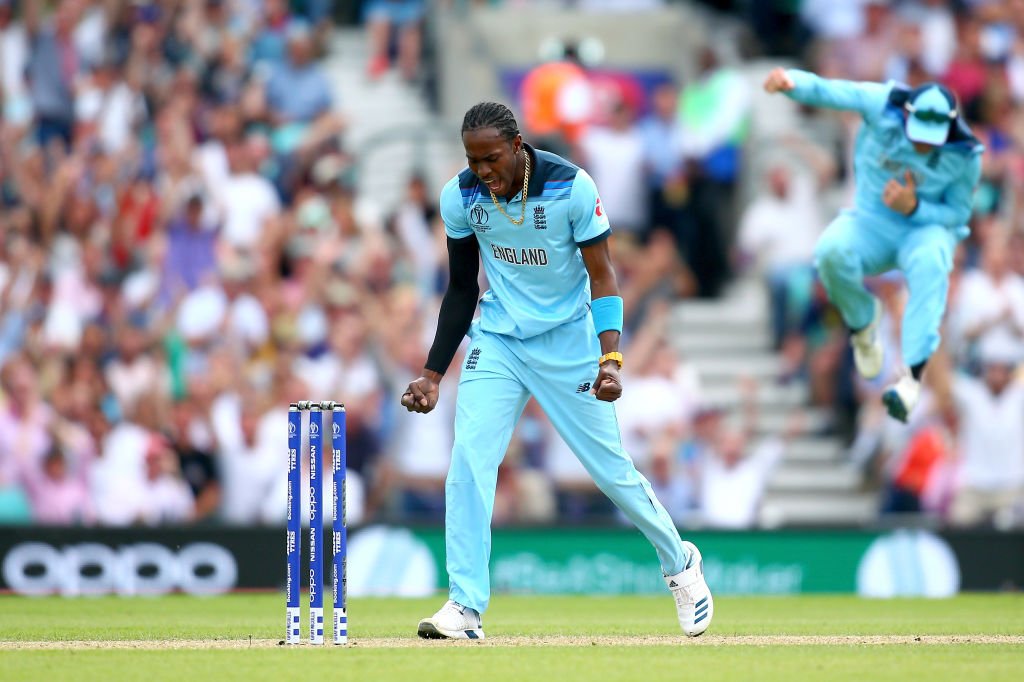 Even up in the commentary boxes, where seasoned old fighters speak of little else, and among the hushed patrons in the bleachers, Archer puts everyone on edge. The greats do that. At one point I asked him what he’s been working on – funky deliveries, new plans etc. “Nothing,” he said. It wasn’t arrogance. Nothing like it. “Everythin’ I’ve been doin’ I’ve been doin’ my whole life.” Later Eoin Morgan confirmed it. “A total natural,” he said. “Never seen anything like it.”

So this is what England have found themselves. A fast bowler upon which to hang a whole movement. That’s ridiculously unfair on the boy and hopelessly premature. But what can you do? He doesn’t lose his action. How could he lose something which is so ingrained? His second delivery was clocked at 92mph. He’ll get driven from time to time, in such a way when batsmen, camped on leg stump, stuck in the crease, offer a nervy push, all hands, to a wide one.

England’s ODI side has never had a bowler like him

That Amla delivery – and thank Someone that he was able to resume his innings later in the piece – struck the grille 0.43 seconds after it left Archer’s hand. When, moments later, Joe Root took a slip catch on the rise from the edge of Aiden Markram’s bat, he was standing 30 yards back at least. Faf du Plessis’s top-edged hook deserved to go out the ground for the sheer blind courage it took for him to attempt it.

Archer turned an each-way game into a procession. This will happen a lot in this tournament. Only quicks can do this. Only the quicks. They turn up one morning, their boots in a paper bag, and by tea time they’re the only subject worth talking about. England’s ODI side has never had a bowler like him.

This match will be remembered for Jofra. But even he would have struggled to pluck that ball out of the air as Ben Stokes did at deep mid-wicket. The jackrabbiting full-length dive and one-handed snare as the ball careered past his shoulder prompted an avalanche of light blue bodies falling on him, a standing ovation, and perhaps the widest smile to be seen across his face in, oh, about 20 months. 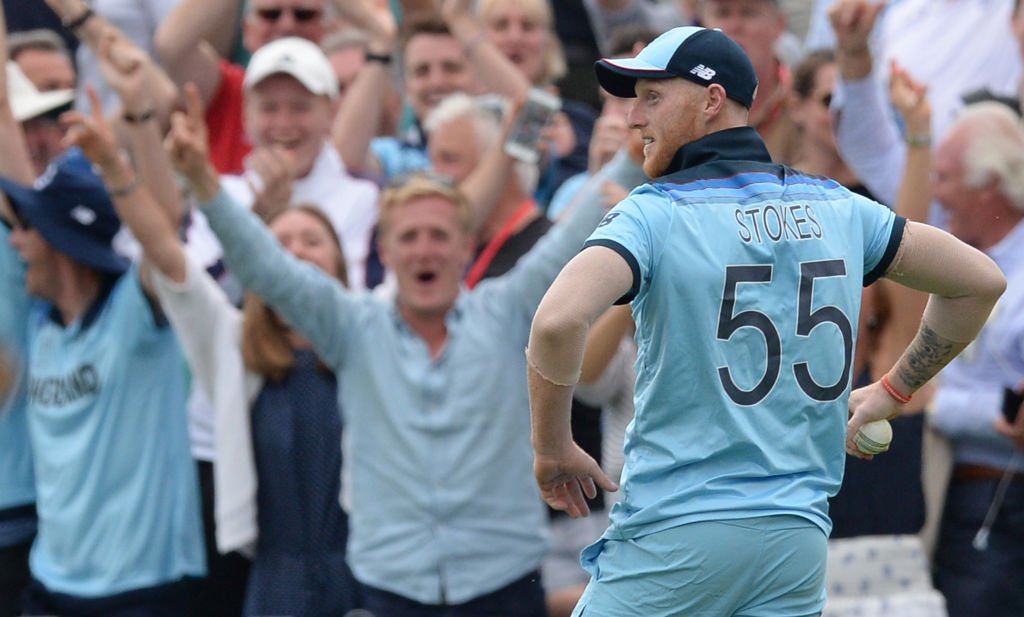 His innings, a workmanlike 89, was not pretty or potent, like the best version of Stokes, as this ground has seen before against this opposition in Test cricket. Still, it was massively important, and not just for this match but for Ben Stokes’ personal tournament.

He has been searching for his best self in recent months. Not making a show of his displeasure, nor going missing, but not quite in sync with himself. Today, slowly, unsurely but by the end discernibly, he had begun to rediscover the touch that briefly made him the most watchable cricketer in the world.

Later, as the carnival got going, he nipped in to finish the match with a couple of wickets. This was his best day in an England shirt since that night.

Context is everything in cricket these days. Wither its future without it. Later this summer, and just a decade too late, the Test game will be handed a league format on which to hang all those garlanded friendlies, while the one-day game’s pulse is routinely checked every hour on the hour.

So it’s not every day that an ODI is introduced by Prince Harry, in the presence of a British prime minister (whose resignation, planned for the day before the semi-finals, may be the most decisive move of her premiership to date).

At tea, Sachin could be seen strolling around the outfield, flanked by a cohort of scurrying lanyards, as Kallis paraded his new hair to the crowd. Warne was here and there. Ganguly and Sehwag chatted at wide long-on. Stephen Fry, Freddie Flintioff and a chap practising his chords on a cricket bat guitar adorned the big screen. One-day cricket rarely feels vital. This felt vital. We’re away. And England really are the deal.