Afghanistan bowler Aftab Alam, who was sent home midway through World Cup 2019, reportedly misbehaved with a female in his team hotel, which led to his ouster from the squad.

A report in ESPNCricinfo has revealed that Alam had two counts of misconduct during the tournament; apart from the incident in the team hotel in Southampton, which was a breach of the ICC’s disciplinary code of conduct, the left-arm pacer was also expelled from the hospitality suite during the India-Pakistan league fixture.

The ICC’s Event Technical Committee had, on June 27, announced Sayed Ahmad Shirzad as an approved replacement for Alam, for the remainder of the tournament, adding that the change had been made under ‘exceptional circumstances’, without specifying the details.

Alam played three games for Afghanistan in the tournament, claiming four wickets in the process.

The Afghanistan Cricket Board [ACB] had later released a statement declaring Alam’s exit, stating that the 26-year-old would be investigated by the board for his off-field misbehaviour. A report is set to be submitted in one week. 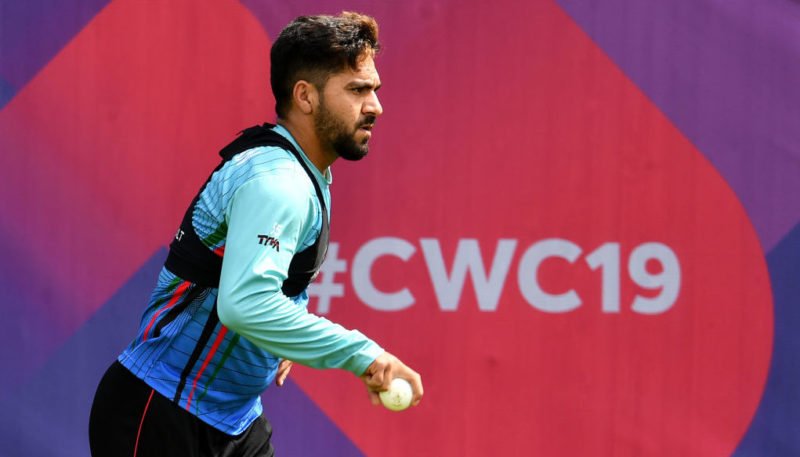 “The decision to send Alam back from England has been taken under exceptional circumstances taking into account both ICC and ACB’s code of conduct rules and regulations.

“The decision stops Alam from further participating in the ICC Cricket World Cup 2019 as he will be under investigation by ACB for the alleged misconduct off the field,” the statement had said.

Coach Phil Simmons had internally handed Alam a two-match ban, after he was found absent from an ICC Anti-corruption unit [ACU] meeting with the team. The ACU had later found Alam guilty of misbehaviour during its investigation.

Further, the board also suspended Naved Sayem, the team manager, for not properly divulging details of the incident.

“He was found to hide things from the ACB. That is why it was decided to suspend him and investigate. As for the player [Alam], we will formalise the sanction against him once the disciplinary committee submits its report,” an ACB board member was quoted as saying by ESPNCricinfo.

Related Story: Fawad Alam: Should Pakistan bring in the veteran for the Southampton Tests?

Alam’s departure wasn’t the only controversial omission from the Afghanistan team, who exited the tournament winless after nine league games. Early in the competition, wicket-keeper Mohammad Shahzad was sent back home after failing to recover from a knee injury. Shahzad, however, claimed that he was fit, but was unfairly dropped from the squad.