As England and New Zealand prepare to compete for the trophy at Lord’s, we trawl the archives to remember each of the 11 finals to date. 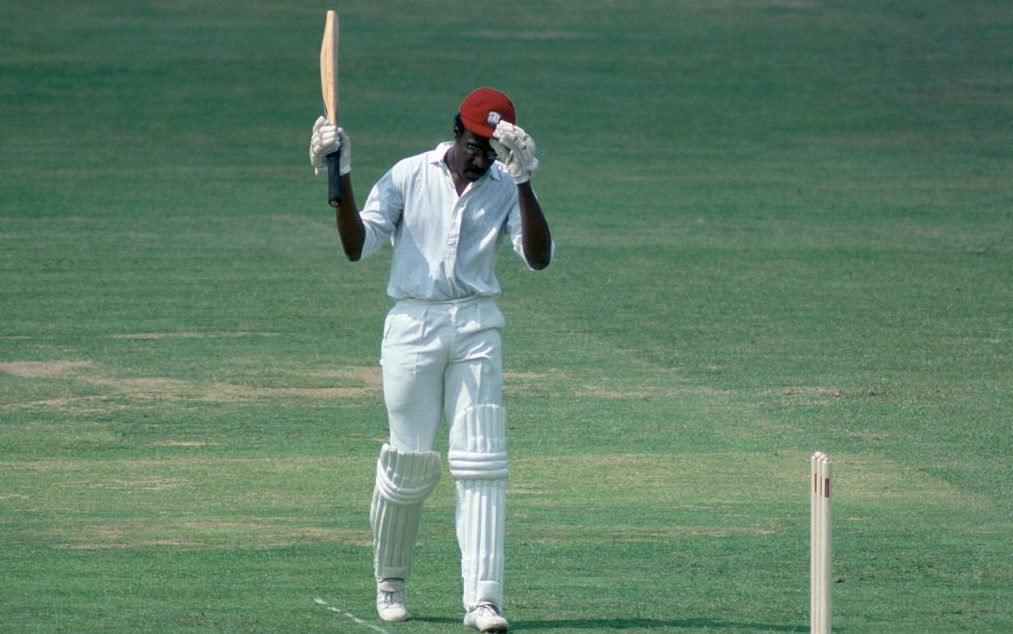 Batting first, West Indies fell to 50-3 against an Australian attack led by Dennis Lillee and Jeff Thomson, before Clive Lloyd smashed 102 runs from 85 balls. Further contributions from Rohan Kanhai (55), Keith Boyce (34), and Bernard Julien (26*) took West Indies to 291-8 at the end of their 60 overs. Australia were then continually pegged back by five run-outs, as well as four wickets for Boyce and one for Lloyd, as they fell 17 runs short with eight balls unused. 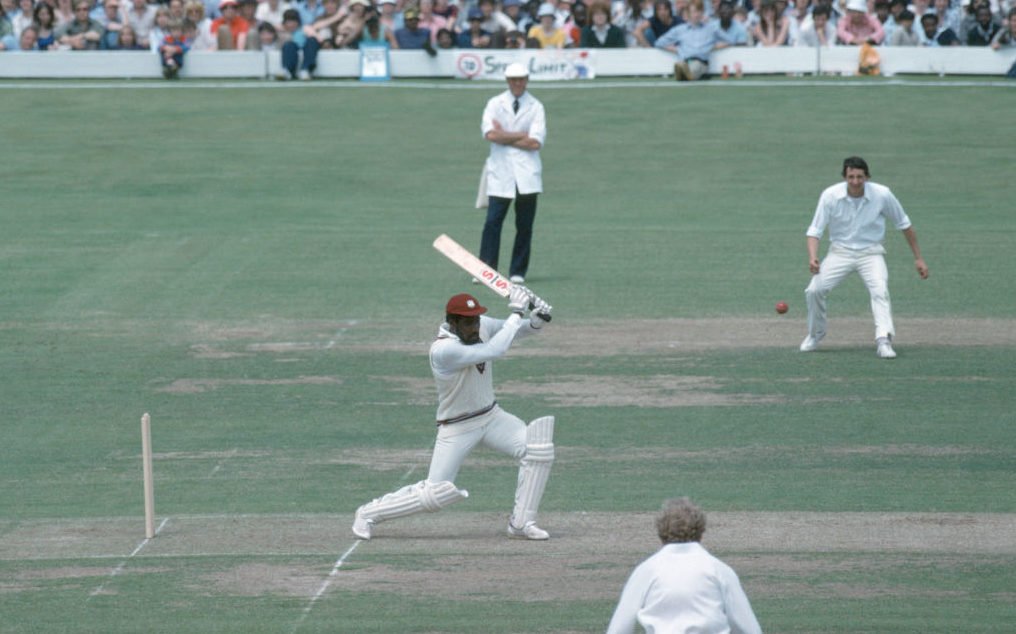 As in the previous final, West Indies found themselves in some bother having been asked to bat first. This time Viv Richards (138*) came to the rescue, along with Collis King (86 from 66 balls), to lift them from the depths of 55-3, and then 99-4, to  286-9. England got off to a steady start, openers Geoff Boycott and Mike Brearley putting on 129 runs together, but slow scoring meant there was too much for the middle order to do, and England capitulated to 194 all out as Joel Garner took 5-38. 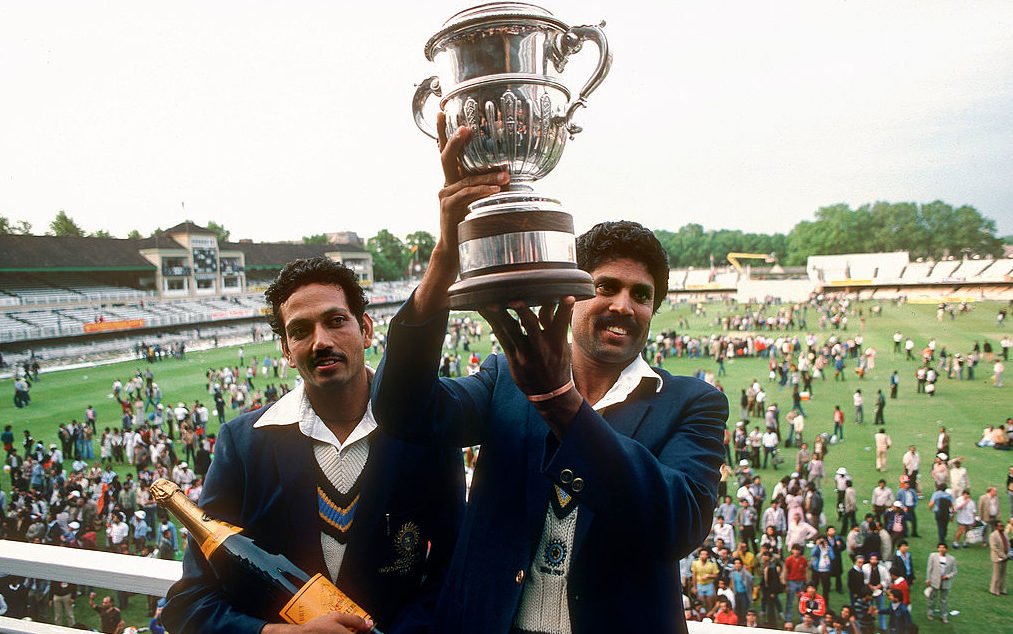 India batted first, but could only muster 183 all out as their batsmen failed to capitalise on starts, five of their top six reaching double figures but none making more than Srikkanth’s 38. The early wicket of Gordon Greenidge was negated by a 45-run partnership between Desmond Haynes and Viv Richards. India then seized control as both were dismissed in quick succession, the latter by a brilliant Kapil Dev catch, and despite some late-order resistance West Indies were all out for 140. 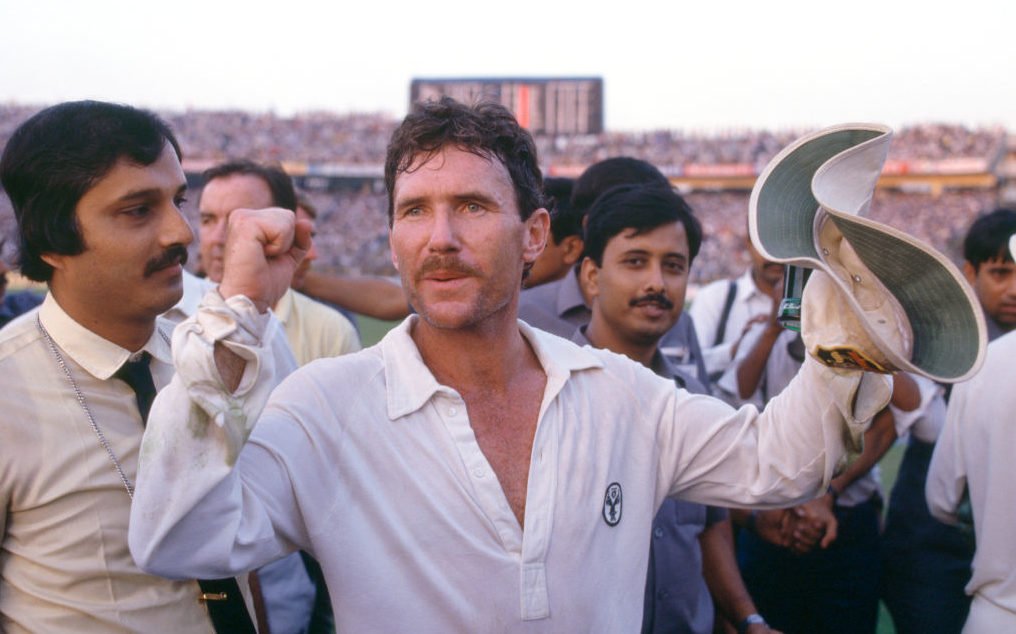 David Boon’s 75 laid the foundation along with contributions from Geoff Marsh (24), Dean Jones (33), and Allan Border (31), before late hitting from Mike Veletta (45* off 31 balls) boosted Australia to 253-5 from their 50 overs. In response England never quite recovered from opener Tim Robinson’s golden duck, losing wickets at key times as skipper Mike Gatting fell attempting a now-infamous reverse sweep off Border. Bill Athey managed a 103-ball 58 and Phil DeFreitas made a late dash, scoring 17 from 10 balls, but they came up just short. 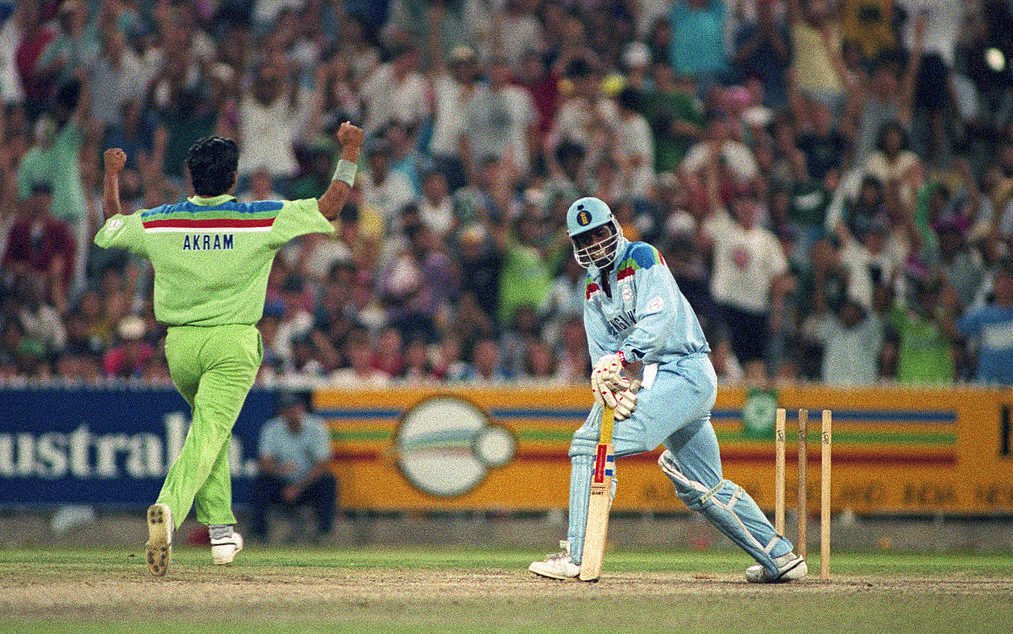 Wasim Akram bowled superbly to take 3-49 in the final

Having chosen to bat first, Pakistan lost both openers to Derek Pringle’s opening spell before half-centuries from Imran Khan (72) and Javed Miandad (58) steadied the innings. Late cameos from Inzamam-ul-Haq (42) and Wasim Akram (33 off 18) pushed Pakistan to 249-6. England suffered early damage, losing makeshift opener Ian Botham for a duck, and Neil Fairbrother’s 62 dragged them only as far as 227 before they were bowled out in the final over. 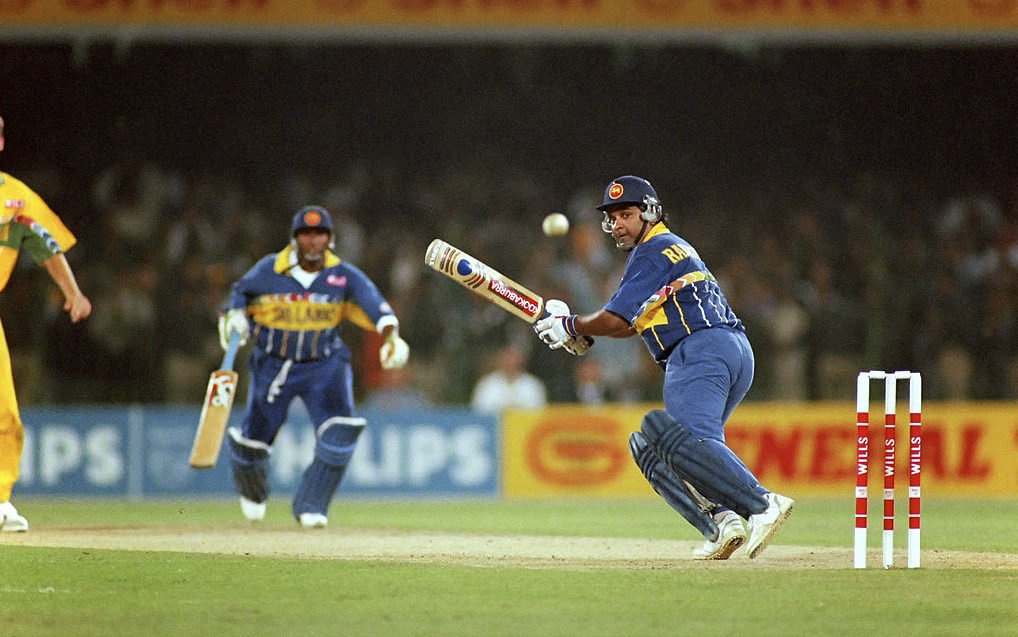 Aravinda de Silva won this Lahore final almost single-handedly after scoring 107 with the bat and taking 3-42 with the ball. The 29-year-old was supported by Asanka Gurusinha (65) and captain Arjuna Ranatunga (47) as Sri Lanka knocked off the required runs with 22 balls to spare. Mark Taylor hit 74 but an under-par Australia could only manage 241-7 in their 50 overs. 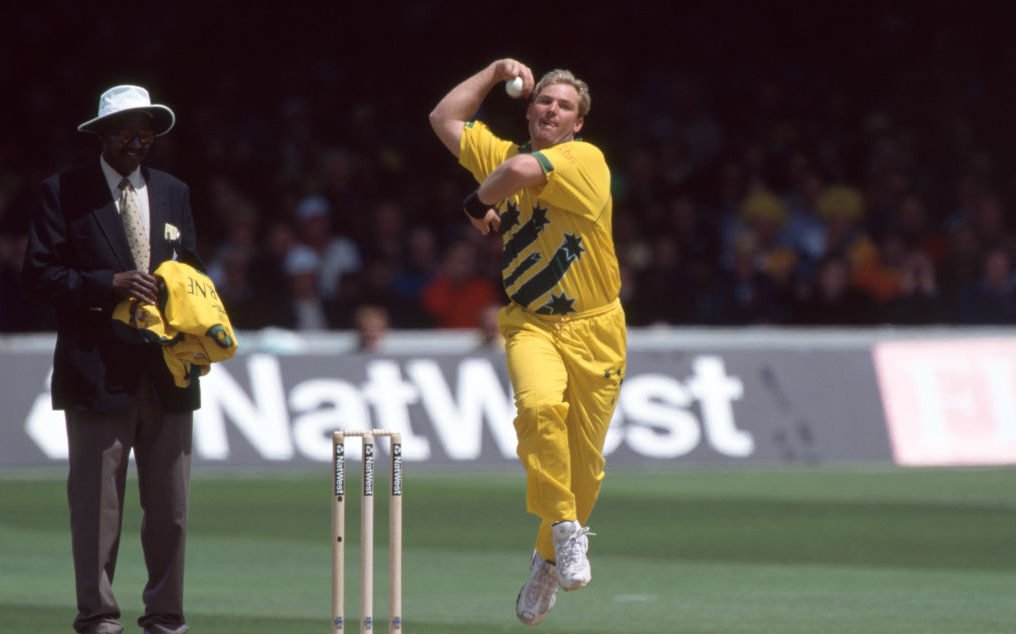 Having missed out on World Cup glory three years earlier, Australia clinched the first of three-in-a-row as the tournament returned to England for the first time in over a decade. Shane Warne was the star of the show, claiming 4-33 as the Australians bowled out Pakistan for 132 with 11 overs unused. Adam Gilchrist (54) hit a half-century in reply before Mark Waugh (37) and Darren Lehmann (13) saw their side home in little more than 20 overs. 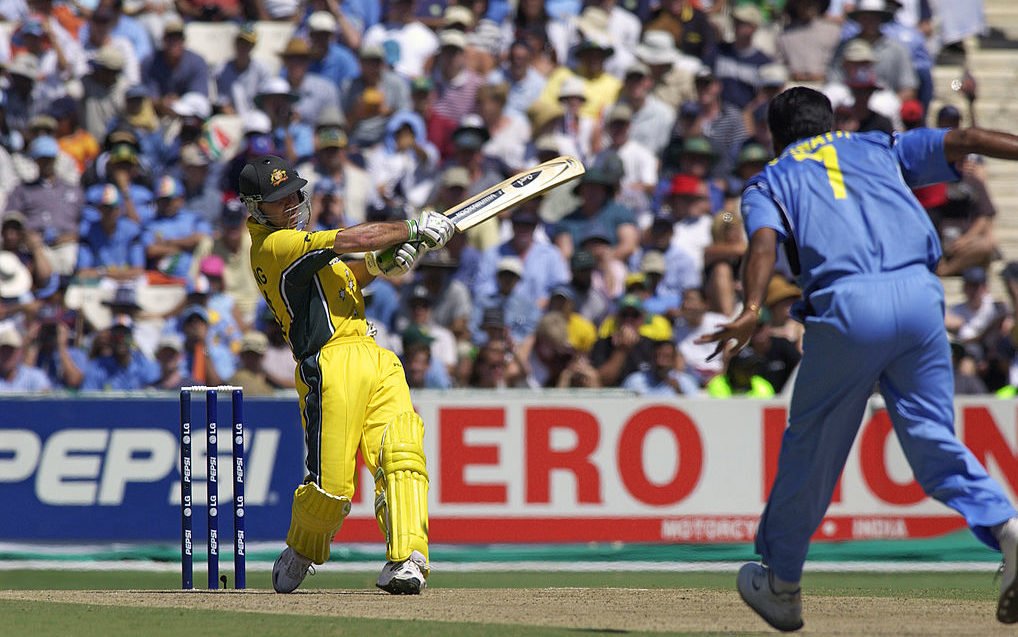 Ricky Ponting was the force behind Australia’s triumph in 2003. He blitzed an unbeaten 140 off 121 balls and hit eight sixes in the process as his side finished on a mammoth 359-2. India’s star-studded line-up was unable to come close in response as Virender Sehwag (82) was the only man to pass fifty runs. Rahul Dravid mustered 47 but the pace of Glenn McGrath and Brett Lee proved too much in Johannesburg. 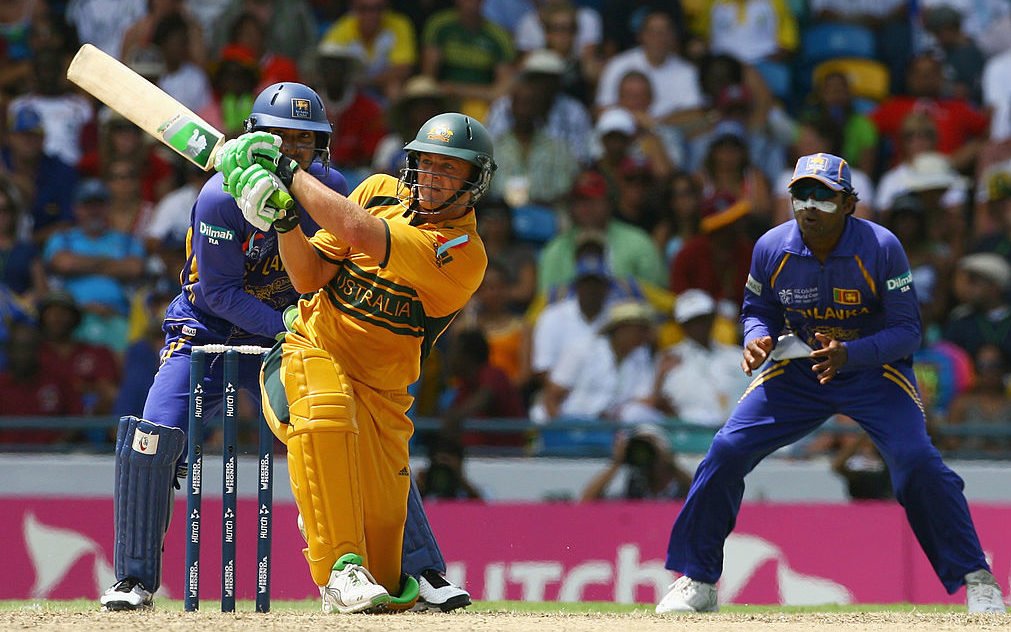 A rain-affected victory over Sri Lanka meant that Australia won the World Cup… again! A sensational innings of 149 off only 104 balls (a knock that included 13 fours and eight sixes) propelled Australia to 281-4 in their allocated 38 overs. Further rain meant the Sri Lankan innings was cut by two overs. Half-centuries from Sanath Jayasuriya (63) and Kumar Sangakkara (54) were not enough to see their side over the line. 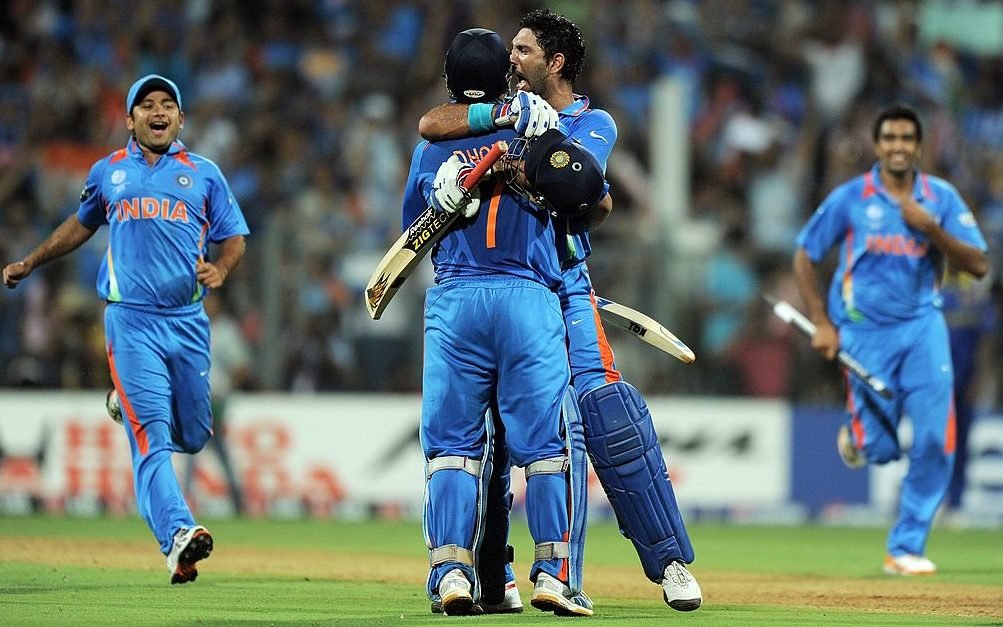 The 2011 final was one to remember as a tense battle between India and Sri Lanka took place in Mumbai. Sri Lanka were looking to right their wrongs from the 2007 final but were unable to hold their nerve. A Mahela Jayawardene century (103) was cancelled out by two stunning efforts from Gautam Gambhir (97) and Mahendra Singh Dhoni (91) – the latter was unbeaten and capped his 79-ball masterclass with a huge six to win the match. Lasith Malinga was the pick of the Sri Lankan bowlers, taking 2-42 in nine overs. 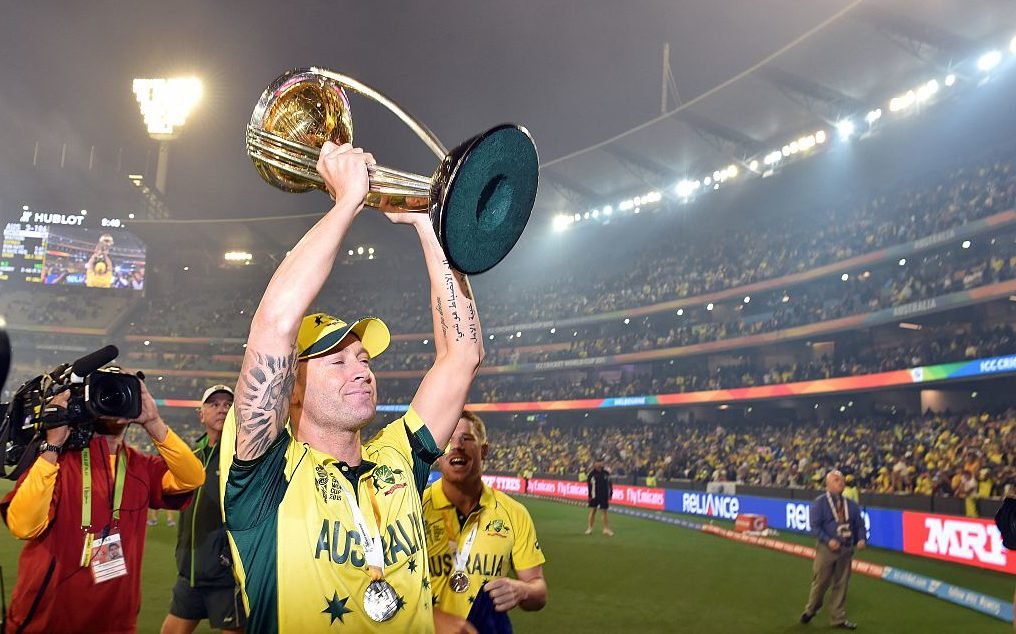 Australia’s fifth triumph came on home soil over trans-Tasman rivals and co-hosts New Zealand. Nerves seemed to get the better of the Black Caps on this occasion, only 83 from Grant Elliot helping them limp to 183 before Glenn Maxwell inflicted a run out in the 45th over to bring the innings to a close. The Australians knocked off the required 184 runs for victory with ease thanks to captain Michael Clarke (74) and his successor Steve Smith, who hit an unbeaten 56.