Rishabh Pant’s 159* at Sydney was a demonstration in the art of building an innings, something that the youngster has had to learn.

When Cheteshwar Pujara was dismissed for 193 in the afternoon session on day two of the Sydney Test, Rishabh Pant was batting on 44 runs off 79 balls. His strike rate of 55.69 per 100 balls was low compared to his career strike rate of 73.80 from nine Tests.

It wasn’t down to pitch or a tough match situation – India were 329-5 when Pant came in, and the SCG offered a good batting surface. Rather, this was a milestone in the development of the young Pant, his coming of age, perhaps. He played with a purpose of building his innings. 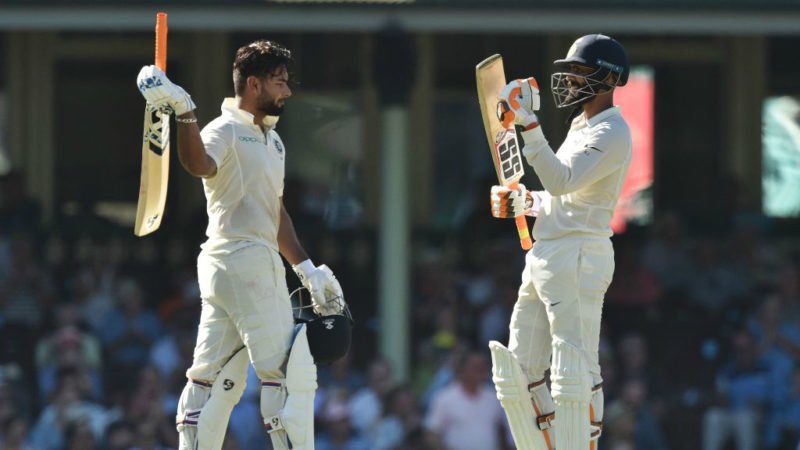 In his short career, Pant has shown signs of extravagance and domination, but his relative inexperience at the Test level and natural style meant he couldn’t quite carry on. In 11 out his 15 innings, he hasn’t crossed 39. But not at Sydney, where he played his best knock till date.

Far too much has been made of the 21-year-old already. He has been criticised for his skills behind the wicket, has been called out for being too aggressive for Test batting, has faced a mix of approval and outrage for his stump-mic chatter and recently, he broke the internet with the ‘babysitter’ photo with Tim Paine’s family.

What’s perhaps been lost in the humdrum is the growth of a player, who was thrown into the Test mix when India mismanaged the injury of their No.1 Test wicket-keeper and found the back-up ‘keepers out of form, who struggled to find his feet initially but has emerged in this Australia series as a significantly improved player.

"A lot of these people haven’t played cricket, so what they have to say to me is irrelevant. If you’re someone who has played cricket, I’d like to listen to what you say. Your job might be to create posts on the internet, ours is to win games.”https://t.co/g7SWinOsc9

Both stats and experts confirm this. CricViz data shows that since the start of 2018, 56 batsmen have played as many Test innings as Pant, and only two of them average more than his 49.71: Virat Kohli and Babar Azam. He became the first Indian wicket-keeper to score Test hundreds in both England and Australia and already has more runs in this series (350) than MS Dhoni scored in Australia from his nine Tests (311).

The last time a wicket-keeper younger than Pant scored a 100 for India outside Asia was way back in 2002 when Ajay Ratra, aged 20, scored an unbeaten 115 at St John’s against the West Indies.

Now a coach in the Indian domestic circuit, Ratra sees how Pant has grown within the span of a year, both as a batsman and a wicket-keeper. 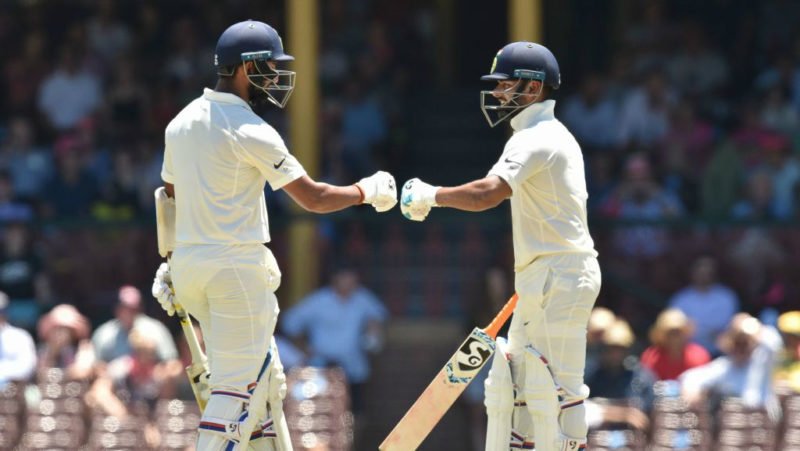 “I think he (Pant) learnt the art of pacing his innings at Sydney,” Ratra told Wisden. “Earlier, he had been attacking from the word go, and in doing so he was taking too many risks. But at Sydney he paced it well, and as a result a total that seemed to touch 500-550 eventually ended up being 622.

“Attacking play comes naturally to him, and it’s best suited for a No.7 batsman. Because at times you’re batting with the tail and you don’t have enough time. But it is equally important to pace your innings well, especially at the start.

“And therefore, full credit should be given to Pant for the way he paced his innings – at the start when he was batting with Pujara, he was cautious. It was only after he had got a start and India had a sizeable total on the board that he started playing attacking shots.”

He has faced more than 100 balls only three times in 15 innings and this knock in Sydney ranked first in terms of balls faced. But when you notice the number of times he has played out more than 50 deliveries (eight out of 15), this strike-rate of 84.12 is the second highest. This suggests that Pant is learning the art of building an innings and accelerating only after being set at the crease, which is vital for any batsman.

It has been a steep learning curve. The Australia heroics came on the back of some precious lessons learnt in England, Pant’s debut Test series. Chasing 245 in the fourth innings with the series on the line in the fourth Test in Southampton, Pant went on the offensive and raced to 18 off 12, having come in at 127-5, before hitting one in the air, only to be caught by Alastair Cook. That too with a well-set Ajinkya Rahane at the other end.

“I got out playing a pretty half-arsed shot. I am more disappointed in myself than anything.”

Marcus Harris may have been Australia's best batsman this series, but he's also summed up much of what they've done wrong, writes @Ben_Wisden.https://t.co/RYM8IH10Zi

“The team needs you more when it’s 100-5. So you have to build your game accordingly, so that in tough match situations too you can contribute to the team’s cause,” Ratra said. “He needs to work on building the innings by minimising the risk at the start. You get good bowlers in Test cricket. You need to respect them.”

Related Story: Watch: When Brad Haddin ran behind his stumps and allowed Shoaib Akhtar to bowl him on a free hit

India lost the match by 60 runs and conceded the series. Then, there were magic and heartbreak waiting in the next Test. At The Oval, Pant and KL Rahul put up a 204-run stand in the fourth innings, lifting India from 121-5 and putting them on their way to a well-earned draw.

Pant brought up his maiden Test hundred in his own style, in just his third match, off 117 balls with 14 fours and three sixes, but went for glory soon after, chasing an improbable 464, and perished. In Perth, he was out twice trying to hit Lyon out of the ground, with a deficit to neuter on both occasions. India lost both these Tests.

Here’s another stat: CricViz states that Pant averages 42.30 with attacking shots in his career. Since the beginning of 2018, Shimron Hetmyer, another left-hander of the Pant mould, averages 80.25 with such strokes. So while Pant has been attacking a lot of balls, he hasn’t been getting the desired result out of it – yet.

Pant earned a comparison with Adam Gilchrist from Ricky Ponting, and if he has to fulfil that potential, it means he has to work on his wicket-keeping. Pant found it tough in England – as expected, given it’s a tough place to keep wickets – as India gave away 76 runs in byes in the three Tests he played. Ratra put it down to his stance while keeping.

“He has issues with his footwork,” Ratra said. “When he moves, he often goes in the opposite direction of the ball. If the ball’s on the right, he moves to the left and that’s probably down to the balance in his stance. He needs to work on that.”

"An Indian team without him will never seem quite the same."

As originally appeared in the @WisdenAlmanack, @selvecricket examines the career and legacy of Kapil Dev, India's greatest all-rounder.https://t.co/jxfyhOYNKo

But there have been improvements. “In Australia, the conditions aren’t as tough as they are in England and the ball comes on with good pace and bounce. And I have noticed his foot work has been better this series.

“Even MS Dhoni wasn’t the best wicket-keeper when he first came on to the international arena. But with time and experience, he improved. The same could be said of Pant.”

The byes have come down too: 23 in the first three Tests in Australia.

So where is Pant’s career headed? He isn’t a sure starter in the one-day international set-up and was replaced by MS Dhoni as the wicket-keeper for India’s T20Is against New Zealand as well. But at the same time, he has equalled the record for most catches by a wicket-keeper in a Test match (11) and has become the first Indian wicket-keeper to score a Test century in Australia – India first toured the country 71 years ago.

His career, like so many of his innings, has shown the sparks of brilliance. Now it’s about digging in for the long run and showing a will to improve. It’s a matter of when, and not if, he grows into his role to be India’s first-choice keeper.