While their pace attack has come as a breath of fresh air, decisions that the Indian team management has made have often fallen on the wrong side of the road.

If India, the No.1 Test side in the world, have found themselves 1-1 against a depleted Australian team after two Tests, and their much-desired away series win looking anything but confirmed, it’s because they have been their own nemeses as much as the tough conditions they have encountered in Tests this year.

A timeline can be traced: dropping Ajinkya Rahane, the vice-captain, no less, from the first two Tests in South Africa; dropping Cheteshwar Pujara from the first Test in England; playing two spinners on a nasty, seaming track in the next Test at Lord’s; playing a less-than-fit Ravichandran Ashwin in Southampton; playing no spinners in Perth where Nathan Lyon finished with eight wickets in the match.

Sunil Gavaskar has not been impressed by some of the decisions made by Virat Kohli and Ravi Shastri this year.

And while captain Virat Kohli and the team management have given their reasons for all these decisions and stuck to them, it has seemed on many occasions that they cannot but help themselves in making decisions that have cost them crucial moments.

Let’s go back to the pre-departure press conference before India left for Australian shores in November. Kohli, while reflecting on what went wrong in England, had said, “There was not much that went wrong but whatever was not right was very extreme. So we played good cricket but the mistakes were very extreme. That’s why we lost that many number of games rather than winning those moments and winning the games.”

Make what you wish of “not much went wrong but whatever was not right was very extreme”, but it seemed at the end of the Perth Test that those extremes had come back to haunt India again. Only three times in the history of Test cricket have India fielded an XI without a specialist spinner. Two of them have been under Kohli.

Despite the success of Nathan Lyon, Virat Kohli doesn't regret not selecting a specialist spinner in Perth.https://t.co/3GSxjPMNlH

Of the four fast bowlers, Umesh Yadav, who took the place of a spinner conceded at 3.39 and 4.35 runs per over. Could a restrictive spinner like Ravindra Jadeja have kept it tight at one end despite the plethora of left-handers in the squad?

Going back to the same press conference: “We need to strike a decent balance. When the situation is against us how to control it better and how to find a way out of it rather than wanting to get out of it immediately,” Kohli had said.

Ravichandran Ashwin’s injury disturbed the balance of a winning combination in Adelaide but the Indian captain found it preferable not to replace him with a spinner, instead being taken in by a green-looking pitch that eventually behaved differently on different days, and did assist some spin.

This wasn’t the first time India had misread the conditions this year. At Lord’s, where the entire first day was washed out due to rain, India found it prudent to play both Ashwin and Kuldeep Yadav; the latter was required only for nine overs and went for 4.88 runs per over. 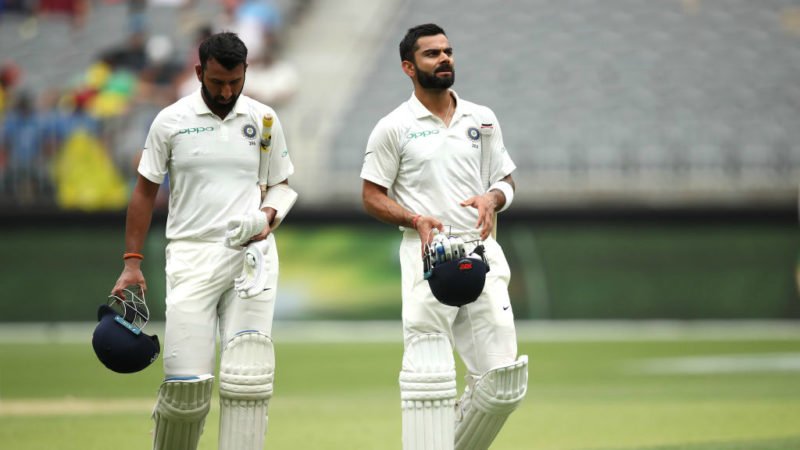 India lost that match by an innings and 159 runs, and while that can also be put down to conditions and a fragile top order, on a surface where the English fast bowlers picked up all 20 wickets, could another specialist fast bowler in the line-up have helped?

And although coach Ravi Shastri did admit “in hindsight” that playing two spinners wasn’t the best decision, it only came after the game was lost. And didn’t that experience offer a lesson for Perth?

“We expect that from the whole team that individuals take more responsibility, show more character in such (tough) situations and asses it and then find a solution, rather than thinking that the solution will appear from somewhere,” Kohli had said.

Putting the management aside, India would have done well to listen to the captain’s call here. Ishant Sharma, for instance, may have been “pissed off” at his no balls, but despite working on it with the support staff, he continued to bowl them. And what of the batsmen, going through a prolonged shaky spell?

Rahane, who once was India’s most reliable batsman away from home, averaging more than 50 on foreign shores, has not scored a Test century in more than a year. Was being dropped from the XI for the first two Tests in South Africa, while he was one of the leaders in the group, catastrophic for his confidence? Perhaps.

He came out all guns blazing in Johannesburg, perhaps to prove a point in a victorious Indian campaign, but since then has discovered a new weakness of poking at deliveries on the seventh, eighth or ninth stumps, a chink Ben Stokes exposed in England. Even in Perth, where he got a half-century in the first innings, he looked uncharacteristic, taking on short-pitched balls from the pacers and playing risky shots that fortunately did not lead to his dismissal. 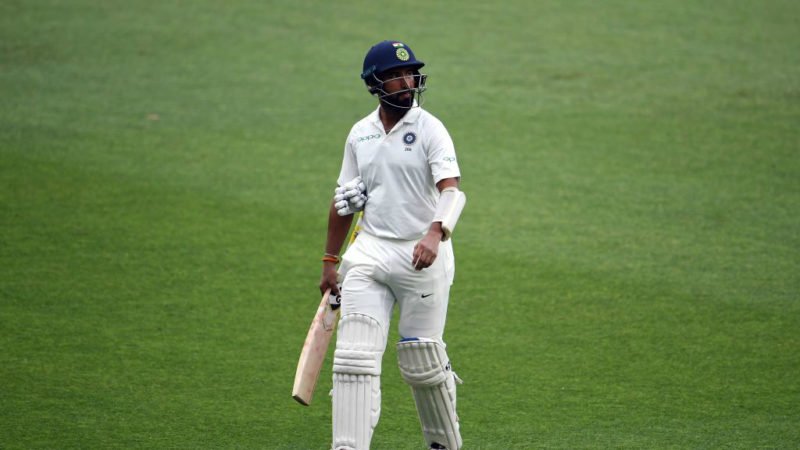 Murali Vijay’s strong zone – the leave zone outside off stump – has become a weak zone and the management has given him mixed signals by dropping him after the first two England Tests and then recalling him ahead of the Australia series, where, again, he hasn’t fared the best.

KL Rahul and Rishabh Pant did put up a great partnership at The Oval, but even after getting to a hundred, Pant was found guilty of taking too many risks and giving his wicket away with a draw in sight, an approach he repeated in Adelaide and Perth.

And of course, the Indian tail and its failures have been cited as the difference between them and their opposition on many an occasion, but not much has changed from the South Africa tour at the start of the year and the ongoing series in Australia.

Virat Kohli has had his say on the on-field shenanigans in Perth.https://t.co/CwxwIksvdQ

Pujara seems to be an exception. In a team that emphasised ‘intent’, he was under the scanner for batting too slow – he took 54 balls to get off the mark in the second Test against South Africa – and dropped as well. But he has emerged as the only batsman to keep his head when all others around him have been losing theirs.

His hundreds in England and Australia have re-emphasised the need to bat out time in Test cricket. So much so that even the captain followed the No.3’s methods to grind out for more than 100 balls in the second innings in Adelaide after slashing at a wide one in the first.

For the most part, however, it looks like a case of a batsman’s over-reliance on his muscle memory, which he knows can both fetch him runs and get him dismissed if he relies solely on it. It becomes hard to resist the way you’ve played all your life and the way you think has worked for you.

India think their decisions have worked for them, but the results state otherwise.