The Test series against India was supposed to be about showcasing the new ‘Australian way’ on home soil, and the opening Test in Adelaide went some way towards defining what that might be.

From 115-5 while chasing 323 in the fourth innings, to getting to within 32 runs of victory against the No.1 Test side in the world, Australia found reason for “belief” in their performance. It was, as captain Tim Paine said, about being “a hard team to beat” – and not having to “carry on like a pork chop”.

“We played in good spirits,” said Paine after the match. “I don’t know about the Indians, we didn’t pay attention to them and we won’t be for the whole series. We can only concentrate on the brand and the style of cricket that we want to play … and I thought today was a nice snapshot of how we want to go about it. 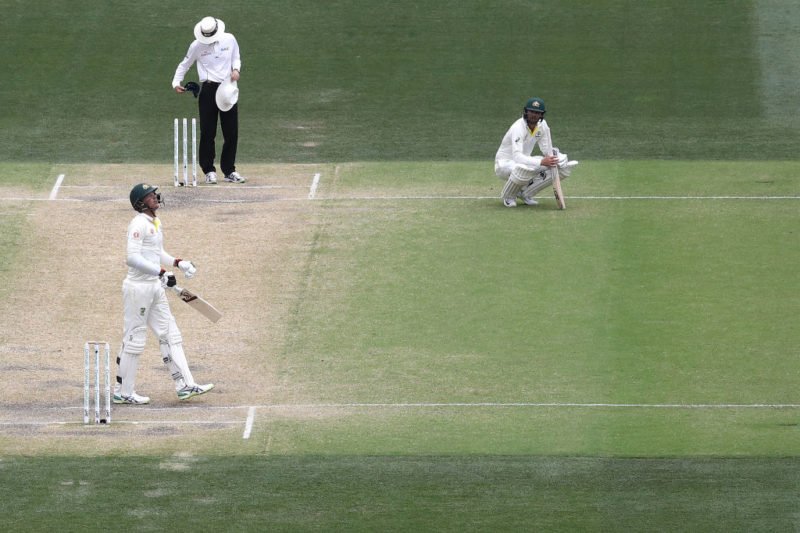 “We fought really hard and never gave up, and you don’t have to talk rubbish and carry on a like a pork chop to prove that.”

Apart from the handshakes and the general air of friendliness in which the match unfolded, the ‘hard but fair’ attitude was in the fighting nature of the cricket itself. The lower order frustrated a tiring Indian bowling attack, taking the game into an extended second session on the fifth day on Monday, December 10. The last four wickets added partnerships of 31, 41, 31 and 32, and with Nathan Lyon showing off his improved batting skills, there remained hope of a famous rearguard.

"We were a hard team to beat, we made India work really hard, and that was pleasing – but it’s also a huge missed opportunity"

“Our whole bowling attack, you see those four (Pat Cummins, Mitchell Starc, Lyon and Josh Hazlewood) together, you can see how much playing for Australia means to them. Whether they’ve got the bat, ball or in the field, you can’t question those four guys’ commitment,” the skipper said.

“They have a red-hot crack for every single ball. That’s what we’re building to, that’s the style of cricket we want to play. They’re obviously some of our more experienced players and I think the more they do that the more it will rub off on the rest of the group.”

Australia's lower order made them sweat – they came within 31 runs of the target – but Ashwin snared Hazlewood to seal victory.

Coming as it did soon after their exploits in Dubai, where they batted all of the last day to save the Test, it was another reminder of how things could change quickly if they were “prepared to stick it out and face a lot of balls”, Paine pointed out. But while it gave them belief to take to Perth for the second Test, the team still found themselves on the wrong end of the result, and it hurt, the captain agreed.

“We were a hard team to beat, we made India work really hard … and that was pleasing,” he said. “But it’s also a huge missed opportunity, because we didn’t cash in in the first innings and we didn’t have batters out there today when they were tiring. If we had either of those, we would have won this Test match and that’s pretty hard to take.”