Yaseen Rana picks out the five moments that mattered most from day three of the first Test between England and India at Edgbaston. 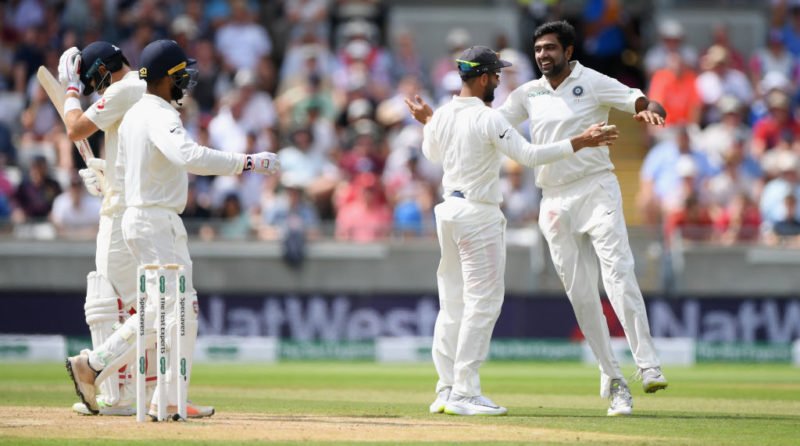 Ashwin celebrates the wicket of Root

Even the most casual observer of English cricket over the last few years knows that when Joe Root walks back to the pavilion, England’s hope so often go with him.

England really needed Root to respond to Kohli’s second day hundred with a match-defining score of his own. After the epic Kohli battle against Anderson the day before, could Root survive against Ashwin in a similar way?

Unfortunately for England, he could not.

Root fell into Ashwin’s trap and flicked the ball of his pads to Lokesh Rahul who took a very sharp catch at leg slip. England were 39-3, a long way from posting a competitive target.

Sharma mimmicks the Sharma of 2014 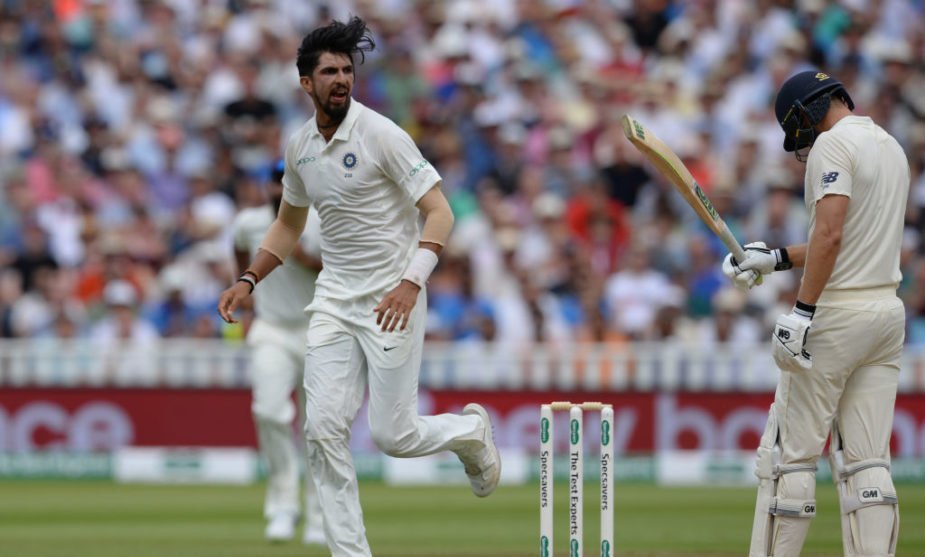 Sharma hit his stride on the third morning

In 2014, it was Ishant Sharma who inspired India to a famous victory at Lord’s with a career-best seven-wicket haul. Now 29, Sharma hasn’t quite hit those heights in the intervening four years, picking up just the solitary five-wicket haul in that time.

Today, he ran in with vigour, attacking that channel in and around off stump. With the aid of serial tentativeness from England’s batsmen, he helped himself to a well-deserved five-wicket haul. His dismissal of Buttler in the first over after lunch, giving him three wickets in that over, killed off any hopes England had of launching a counter-attack to get that lead close to 200.

Well, it seemed that way anyway. 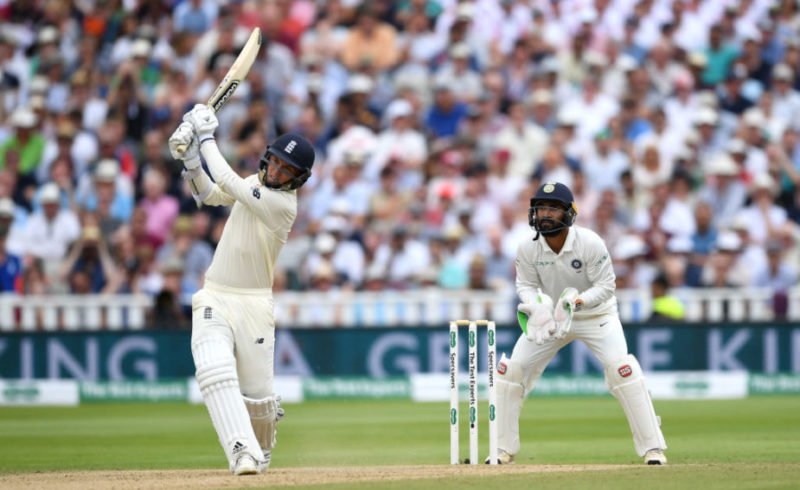 At 87-7, the knives were out, ready to dissect yet another feeble batting performance. The prospects of there being any play on day four were bleak. India looked to have the game firmly in their grasp.

That was until young Sam Curran decided to play, in a way, the kind of innings that Kohli played the day before. Driving and cutting with confidence, Curran reached 37 reasonably comfortably without causing India too much concern. Curran then upped the ante, waltzing down the wicket to deposit Ashwin into the stands and then hitting him over his head for four the next ball.

It didn’t stop there. He reached this maiden Test fifty with a glorious six off Sharma over extra cover, before snicking off to Umesh Yadav on 63. With a target of 194, England were just about still in the day.

England now know that whatever the result, they have a seriously talented young man with outstanding character on their hands.

Broad threatens to deliver one of those spells 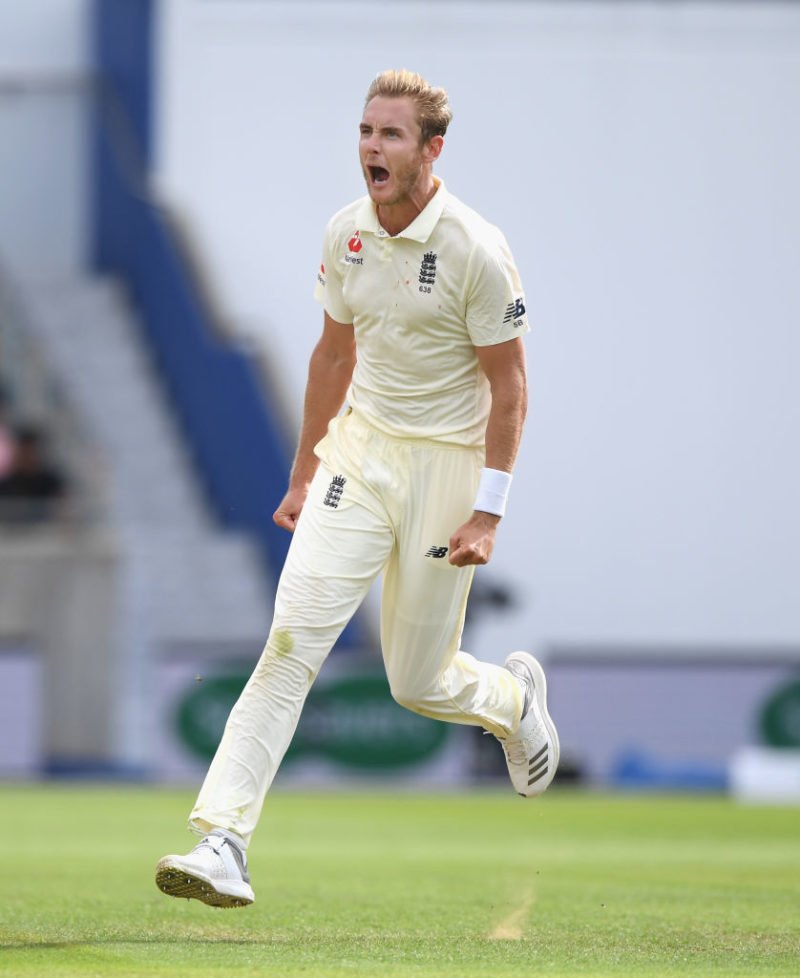 Broad was threatening on the third evening

To defend 194 against the number one side in the world would rank as one of England’s great wins in recent years. One man with history of game-changing spells is Stuart Broad.

His bowling in the first innings was fairly innocuous. The Indian batsmen found it easy to drive him to the extent that Root bowled him less than the other three seamers.

There was something obviously different with Broad at the start of this innings though. He ran in with that trademark Broad bounce that we so often associate with his best spells.

It was Broad who made the two early breakthroughs, dismissing Murali Vijay and Dhawan in quick succession. India were 22-2. Game on again. 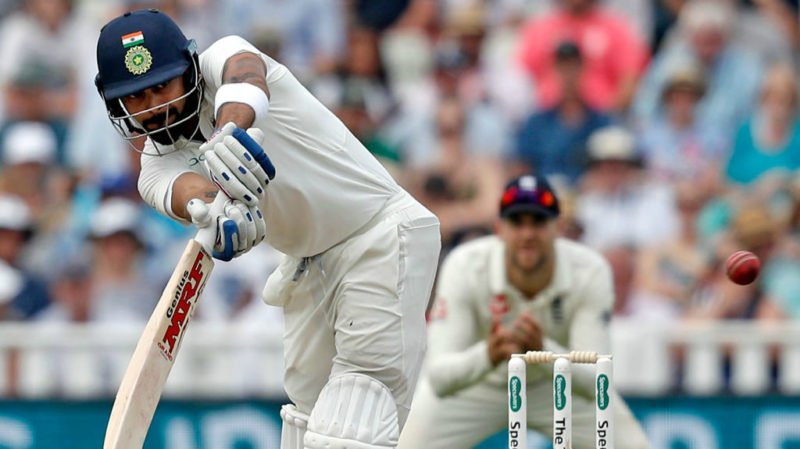 With the top order faltering for the second time in the match, the onus was on Kohli to dig his team out of a hole again. After Ben Stokes and Curran followed Broad’s opening burst with the wickets of Rahul and Ajinkya Rahane respectively, England were arguably favourites again.

But Kohli continued in the same vein as his 149 the day before to keep his side in the match. If Kohli sees his side home on the final day, then he would have shown beyond any doubt that he is a formidable player in all conditions, if that was ever in doubt.

Whatever the result, this has been one of the great Tests. Thankfully, there are still four to go after this one.