Stunned by an all-round South Africa Women, led by Lizelle Lee’s 92 not out, in the first ODI of the ICC Women’s Championship, England Women bounced back to win the second game by 69 runs to level the series in Brighton on Tuesday.

The win was set up by Tammy Beaumont and Sarah Taylor, who both slammed centuries as England scored 331-6 after being asked to bat. South Africa’s reply was strong, with Lee again taking the lead with a 107-ball 117. But the target was too big and the visiting side finished on 262-9.

It was exhilarating stuff once Beaumont and Taylor got together in the 14th over with England having lost Amy Jones for 29 and the scoreboard reading 71-1. The two collaborated for 23 overs, adding 156 runs for the second wicket, before Beaumont fell for 101, scored off 109 balls with 12 fours and a six. It was the 27-year-old opener’s fourth ODI century and a brilliant one. 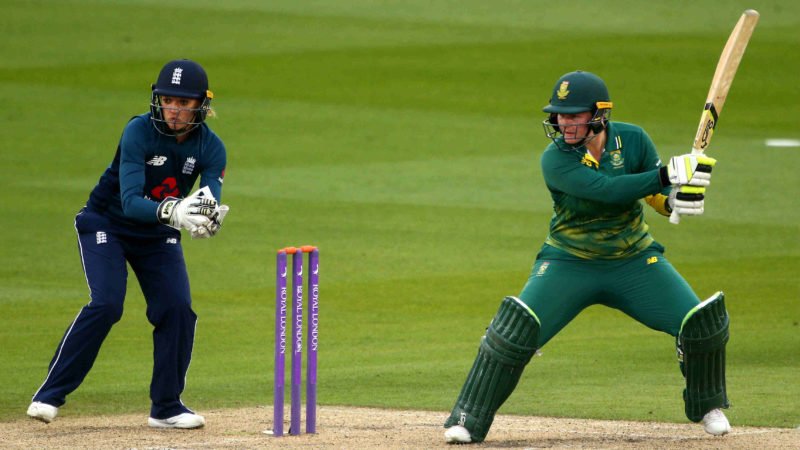 Natalie Sciver didn’t last too long, but Heather Knight, the captain, gave Taylor good company in a 63-run stand for the fourth wicket, scoring a 23-ball 24 as the star wicket-keeper batter brought up her seventh century in the format.

Taylor couldn’t carry on for too long, though, becoming Shabnim Ismail’s second victim with the total 305-5 – her 106-ball 118 included 13 hits to the fence. 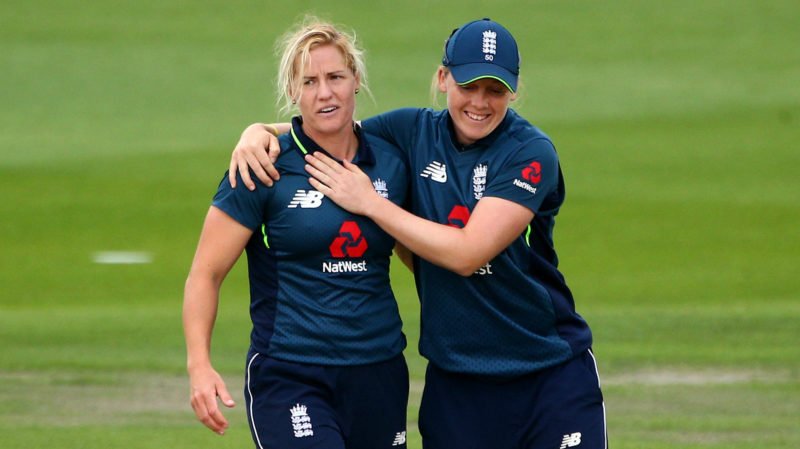 Katherine Brunt was outstanding, returning 2-34 in a high-scoring game

The South African reply was chiefly about Lee. She was by far the more aggressive partner in the first-wicket stand of 142 runs with Laura Wolvaardt, who scored a 62-ball 32. Lee got off the blocks fast and held the momentum to crack 117 in 107 balls, with 13 fours and five sixes.

But Lee’s second ODI ton was in a losing cause as no one after Wolvaardt managed to stay in for long enough apart from Chloe Tryon from No.6, who scored a quick 26-ball 44 with three fours and four sixes.

Wickets fell often enough to keep South Africa in the back foot, and the world champions had the game well before it ended. Sophie Ecclestone was the most successful of the English bowlers, picking up 3-54, while Brunt was economical while returning 2-34 and Laura Marsh also picked up 2-53.