A masterful hundred from Joe Root anchored England on day three of the second Test, as Sri Lanka now face a difficult task to save the series.

The England captain was at his imperious best, hurrying along through the innings with some trademark aggression, striking 10 boundaries and two sixes on his way to 124 from just 46 deliveries.

Root arrived at the crease after an important 73-run partnership between Rory Burns and Keaton Jennings helped England recover from the early dismissal of nightwatchman Jack Leach.

Burns reached his first Test half-century, employing the sweep to good effect until he fell lbw to a Malinda Pushpakumara delivery. After a more patient 43 in the first innings, it appears that the Surrey captain is steadily finding his way in Test cricket. 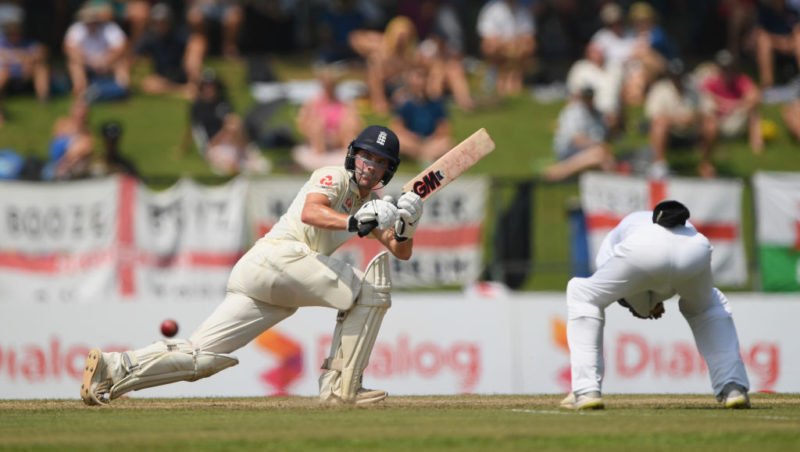 The opener wasn’t the only batsman to fall victim while on one knee – all of England’s top seven were dismissed trying to sweep or reverse-sweep the Sri Lankan spinners.

Stokes departed without scoring but it allowed for Root and Buttler to join forces and accelerate the run-rate till Buttler departed playing on to an Akila Dananjaya delivery.

Moeen Ali departed for 10 to a contentious lbw decision, but with no reviews left he had no option but to trot back to the pavilion. Root continued with merriment – Dananjaya’s long hops were punished with glee. A glided edge off Suranga Lakmal brought up his second Test hundred in Asia, and perhaps one of his finest to date. 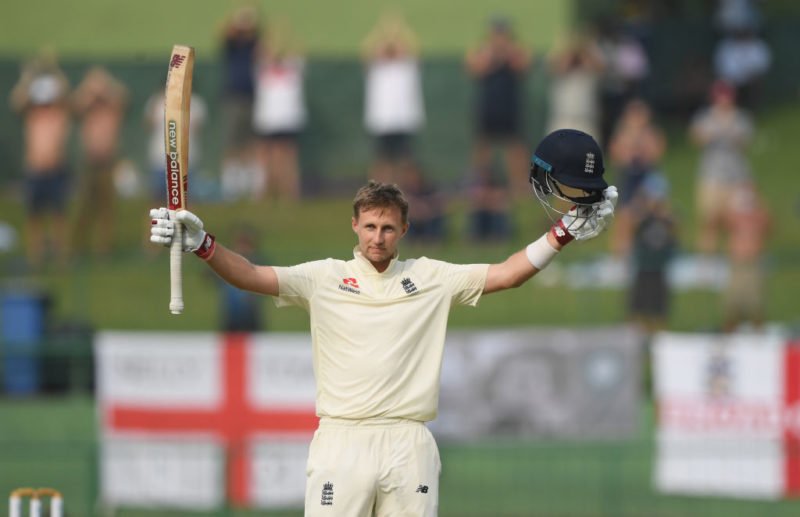 Root raised his bat and helmet for his fifteenth Test hundred

As England’s lead motored past 200, and Root and Ben Foakes ticked along in cruise control, it seemed that the match and series was drifting away from Sri Lanka.

However, against the run of play, Root perished attempting a reverse-sweep, caught plumb on his crease from a Dananjaya delivery.

It seemed that the stage was set for Sam Curran to repeat his first-innings heroics and build an imposing target. Dananjaya had other ideas, a spitting off-break going past Curran’s outside edge and clipping the bails to send him walking after just one ball.

With a five-wicket haul in the bag, Dananjaya picked up his sixth by removing Adil Rashid soon after. It seemed that England were set for implosion but Ben Foakes remained a figure of composure at the other end. Foakes’ accidental entry into this England side appears to be a godsend, such has been his performance with both bat and gloves.

Foakes brought up his half-century with a heaved six over mid-wicket from Dilruwan Perera. The landmark seemed to upset the Sri Lankan clouds, as a flash of lightning and eventual rain ensured that it was to be the last action of the day.

With a lead of 278, and one wicket in hand on a pitch continuing to offer assistance to the spinners, England will be hopeful of victory to seal what would be an impressive series win.