Storm and Loughborough Lightning had already made the cut by getting in the top two, but Loughborough also suffered a defeat on Saturday, losing to Yorkshire Diamonds, while Lancashire Thunder beat Southern Vipers but fell just behind the Stars in the qualification race.

Heather Knight, the Storm captain, scored an excellent half-century, but it went in vain as Surrey won a last-over thriller by five wickets.

Sent in to bat, Storm lost Smriti Mandhana, their in-form opener, early for just five to a run out. However, Knight’s fiery knock of 62 off 47 balls along with handy contributions from Rachel Priest (30) and Fran Wilson (28) took them to a competitive total of 158-5. 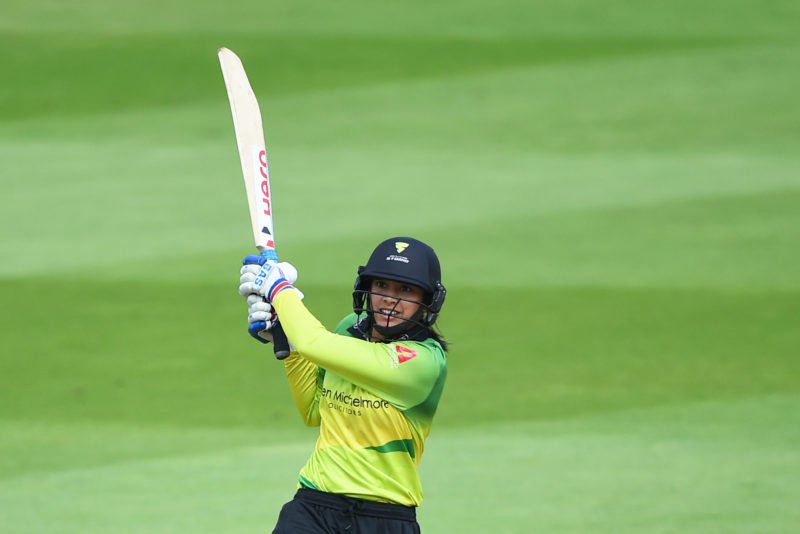 In reply, the Stars openers – Lizelle Lee and Bryony Smith – got their side off to a great start as they stitched a 90-run partnership in 9.5 overs before Anya Shrubsole, the Storm pacer, broke the stand with the wicket of Lee, who fell for 48. Her 28-ball knock featured seven fours and two sixes.

In the next over, Surrey lost Sarah Taylor for just one, while Smith too fell soon after for 39. The onus was on Natalie Sciver (30) and Dane van Niekerk (25), and their contributions were enough to stretch the game till the final over.

With six needed, Shrubsole’s first three balls gave away as many runs, but Sophia Dunkley-Brown’s boundary on the fourth delivery powered Stars to victory.

Absolutely gutted! We came so close and to finish with that win was incredible!! Loved every minute of this years campaign and how far this team has come. Proud is an understatement?❤️ pic.twitter.com/nSGOWc4lUA

A combined effort from Lancashire’s batters followed by Sophie Ecclestone’s four-wicket haul denied the Vipers a consolation win as Danielle Hazell and Co cruise to a nine-run win.

However, Surrey’s victory over Storm meant Thunder were denied a chance to reach Finals Day.

All of Thunder’s batters scored in double-digits with Nicole Bolton, the opener, and Harmanpreet Kaur, the No.4, scoring 43 and 44* respectively. Kaur’s knock was the highlight of Thunder’s innings. She scored her runs at a strike rate of 220 as Thunder ended on 162-3. 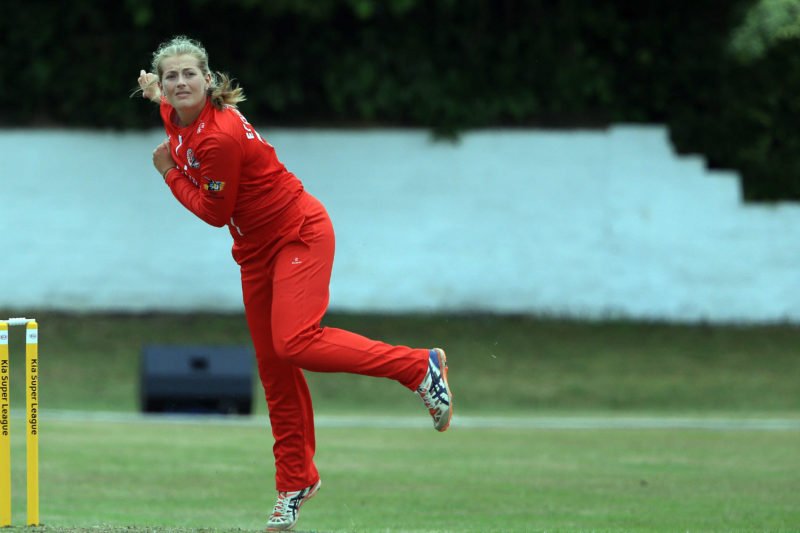 Vipers responded in somewhat similar fashion with their openers adding 42 runs in just 4.5 overs. Ecclestone provided Thunder their first breakthrough by dismissing Wyatt for 36. Amy Satterthwaite then accounted for Suzie Bates (11), while Kate Cross had Tammy Beaumont, the opener, trapped in front for 34.

Wickets continued to fall regularly, but the runs kept flowing too. Ecclestone then sparked a middle-order collapse and that was when Vipers started to lose momentum. Cross, in the end, wrapped up the’ innings with the run out of Lauren Bell, the last batter.

Not the result we wanted to conclude our #KSL campaign but a huge thank you to our fantastic fans for your support throughout this year's competition! ?

We'll be back stronger next year! ?

Yorkshire Diamonds ended their tournament on a winning a note after they beat Loughborough, the table-toppers, by three runs.

A Beth Mooney-led batting attack lifted Diamonds to 148-6. It was Mooney’s stunning 50-ball 76 that made the real difference for the Diamonds. 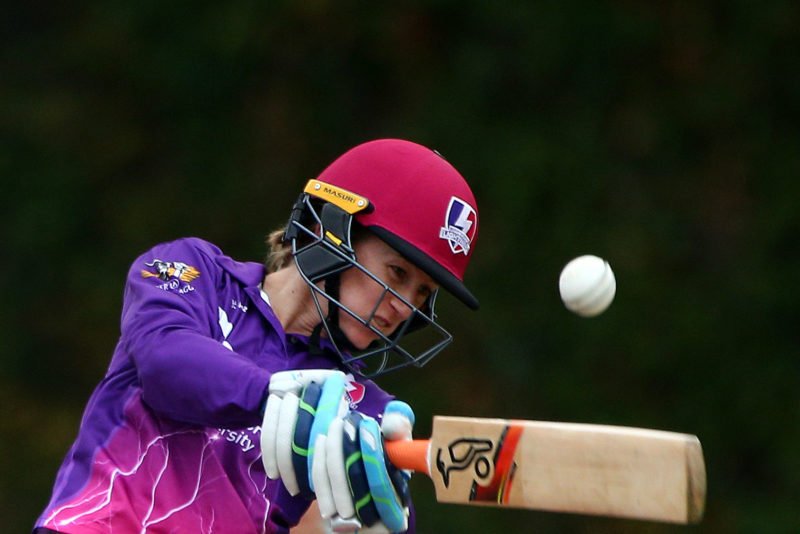 Rachael Haynes, the Lancashire Lightning opener, top-scored with a 38-ball 47

Rachael Haynes, the Lancashire opener, finished as the top-scorer of her side with a 38-ball 47 . Chasing 149, the Lightning batters kept the scoreboard ticking.

But Diamonds bowlers Katie Thompson, Thea Brookes and Alice Davidson-Richards chipped in with regular wickets. Their disciplined effort in the death overs sealed the deal as they restrict Lightning to 145-6.

Finals Day is on August 27, when Western Storm and Surrey Stars face off first in the semi-final, with the winners moving to the final to take on Loughborough Lightning.