Ambati Rayudu is bang in the middle of his most prolific IPL season, and was recently rewarded for it with a call-up to India’s squad for the three ODIs in England.

On Sunday May 13, he celebrated his return to the national side with a 62-ball 100* against Sunrisers Hyderabad to help Chennai Super Kings seal a playoff spot in IPL 2018.

Rayudu hammered seven fours and as many sixes, and found able support in Shane Watson, who scored 57 off 35. Their efforts helped topple the 180-run target set by Hyderabad after Shikhar Dhawan (79 off 49) and Kane Williamson (51 off 39) had scored half-centuries. 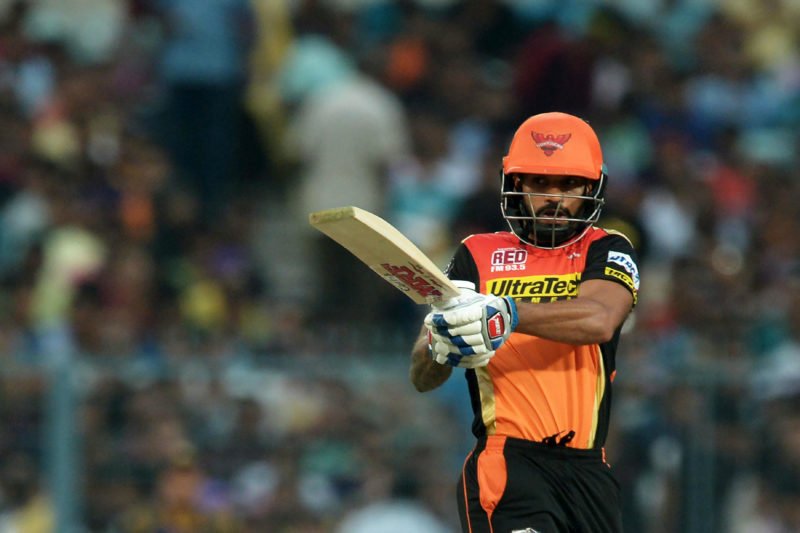 Shikhar Dhawan top-scored for Hyderabad with a 49-ball 79

Rayudu currently sits at No.4 in the run-scorers charts, with 535 runs in 12 outings at 48.63 and a strike-rate of 152.85. It is already his best return in an IPL season – his previous highest was the 395 runs he made in the 2011 edition – suggesting he has come into his own since moving to Chennai.

"Everybody set plans to Rayudu, none of them worked"

Mahendra Singh Dhoni, the Chennai captain, said as much, adding that he had always earmarked Rayudu as an integral part of the team. “Right from the start, even before IPL began, I had to make space for Rayudu,” said the former India captain. “I rated him as someone who could play both the fast bowlers and spinners very well.”

Chennai are also making the most of Rayudu’s versatility. He is usually a reliable middle-order bat, but he’s opened for Chennai this edition, and Dhoni explained the rationale behind the move. 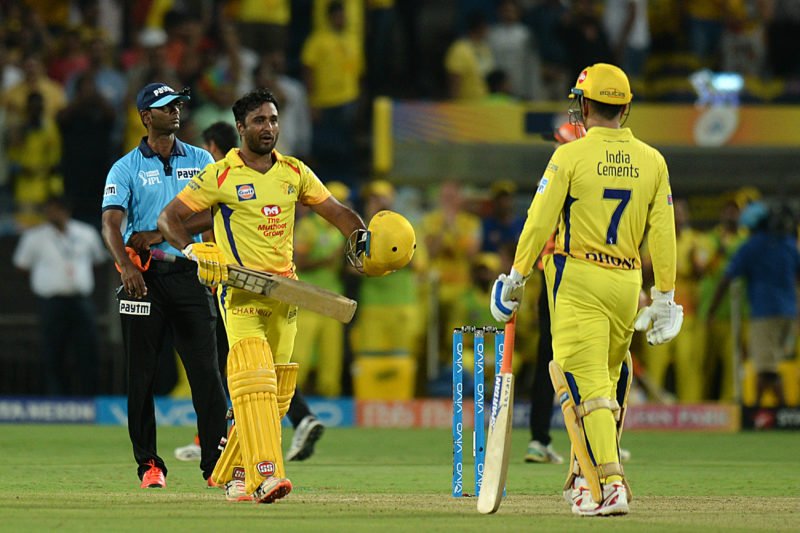 “Most of the teams, they look to exploit the opener with spin bowling,” said Dhoni. “Rayudu is someone who doesn’t look like a big-hitter but he almost always clears the field every time he plays the big shot.

We got off to a good start, Rayudu and (Shane) Watson batted really well. They made sure that whenever it was there to hit, we got boundaries. It was a great start for us, and as the game progressed it became slightly easy for us. Otherwise, 180 against Hyderabad would have been a tough chase.”

Rayudu found praise coming his way from the opposition camp as well, with Williamson, the Hyderabad captain, conceding his team’s plans to the batsman amounted to nothing. 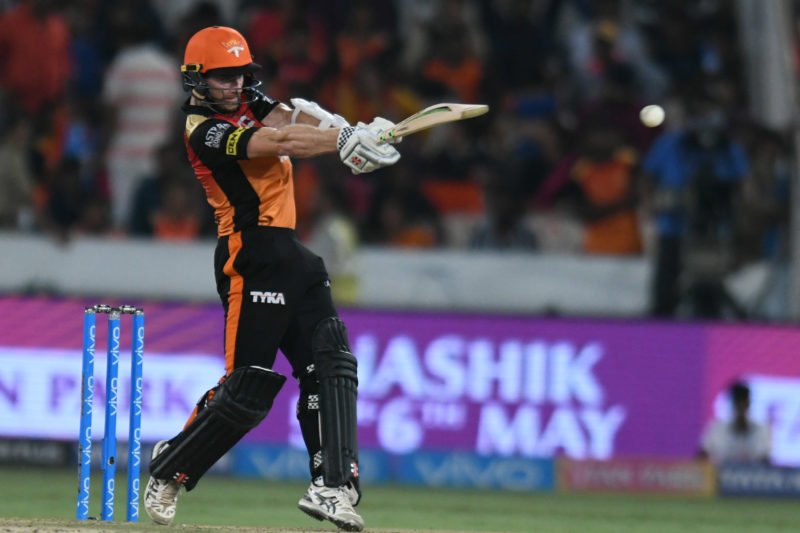 With 544 runs, Kane Williamson is second on the IPL 2018 run-getters’ list

“He seems to be doing it every day,” said Williamson. “The way he goes about his business, hitting the ball fairly (in) conventional areas and hitting it hard as well … it was a great knock to watch, (even) if you are in the opposition team.

“It was a superb knock, and he certainly saw his team home chasing what should have been a tough total to chase. Everybody set plans to Rayudu, none of them worked. We might have to try and think of a few more things when we come up against Chennai again.”