Rashid Khan is back bowling at his best in the IPL, and showcased his class in returning 2-23 in Sunrisers Hyderabad’s win over Delhi Daredevils on Saturday.

When he gave away 55 and 49 runs in consecutive IPL 2018 games, against Kings XI Punjab and Chennai Super Kings, one wondered if the Rashid Khan mystery had been solved.

Far from it, as the 19-year-old Afghanistan leg-spinner has been right on top of his game since, picking up wickets and keeping things tight, exactly what Hyderabad expected when they bought him back at the IPL 2018 auction. 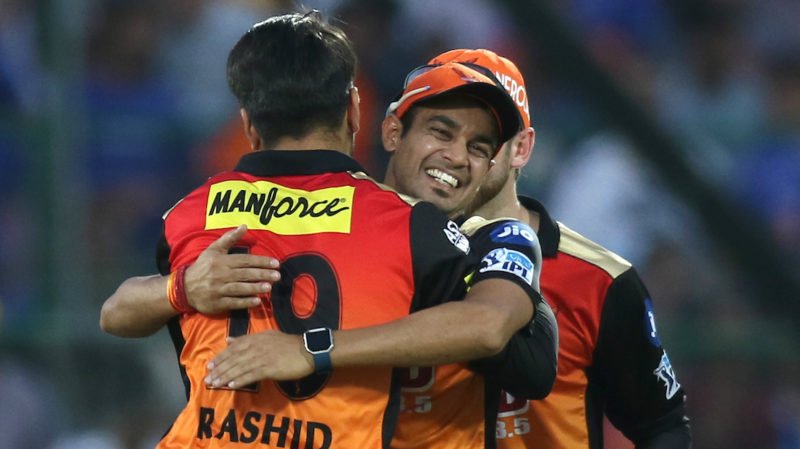 On Saturday, Delhi had lost Glenn Maxwell cheaply but were rebuilding fine with Prithvi Shaw and Shreyas Iyer. Playing his 100th Twenty20 game, Khan started steadily, conceding nine runs in the eighth over of the innings. Delhi had raced away to 89-1 by the end of the ninth over, though, when Khan struck.

He pitched outside off and got the ball to turn away as Shaw went for the sweep and only toe-ended it to short third man. He was gone for 65 in 36 balls.

Related Story: From Bhuvneshwar to Rashid – the five most expensive spells in ODIs

Later, in the 17th over, Khan made the difference and changed the course of the match. First ball, he made the most of a spot of miscommunication between Rishabh Pant and Naman Ojha to run the latter out. And off the fifth ball, Khan got one to skid through under Pant’s pull and got an lbw decision in his favour. That slowed Delhi down and kept them to 163-5, which Hyderabad crossed with one ball to spare after Yusuf Pathan struck a 12-ball 27*.

“No secret on why we’re doing well; we’ve adapted to a variety of surfaces” – Kane Williamson

The win took Hyderabad to the top of the table, with 14 points from nine games, and Kane Williamson, their captain, said afterwards, “No secret on why we’re doing well. We’ve adapted to a variety of surfaces. We came back well with the ball to keep them to a par score. They looked like they’d get some more runs, so it was nice to restrict them.”

It was double celebration for Khan, as he won the Player of the Match award in his milestone game.

"I've been enjoying myself, which is why I've been getting the Man of the Matches"

“I had two bad matches, but after that, coming back and performing, all I wanted to do was keeping the basics right. And I’ve been enjoying myself, which is why I’ve been getting the Man of the Matches.”

Over the years, Khan’s quick arm action, coupled with pronounced spin in both directions and subtle changes of pace, have foxed the best of batsmen. With Delhi’s batting line-up somewhat inexperienced, he was always odds-on favourite to make a difference. 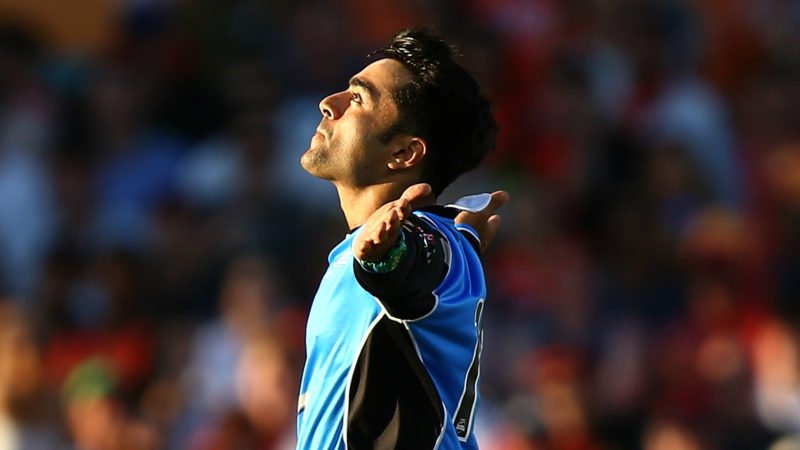 “My main strength is my quick-arm action, which the batsmen can’t pick. I am just trying to take advantage of that,” said Khan. “For me, it’s important to bowl on a good length. Makes it tougher for the batsmen.”

Related Story: ‘I realised it’ – The tweak that helped Rashid Khan find form in IPL 2020

For the record, in 24 IPL matches, Khan has now picked up 29 wickets at an economy rate of well below seven an over — that’s gold standard in T20 cricket. And all of it has been for Hyderabad, where he has been for two seasons now.

“Hyderabad feels like playing in Afghanistan, the love and support they give me,” he said. “It’s amazing, gives me more motivation to do well. I don’t know anyone in Afghanistan who is not watching the IPL.”